In July 1952, Larry Stephens approached BBC Producer, Peter Eton, with a suggestion: he had come up with an idea for a comedy series, entitled Vacant Lot, to star Tony Hancock as a blundering and pompous auctioneer and estate agent, in a fictional seaside town called Churdley Bay (see September 2017 update).

I have always wondered if Churdley Bay was based on anywhere in particular. Hancock biographers mention Eton taking Larry and Tony on a recce to Seaford and that Vacant Lot's setting was therefore this Sussex coastal town but I have been unable to find any evidence of such a trip. I did, however, come across a letter written by Larry to Eton in which he mentions borrowing a guide book and describes the section on Seaford as one of the funniest things he has ever read. No doubt elements from the guide book made it into Vacant Lot but a recent announcement may have thrown up another strong contender for Churdley Bay's location. 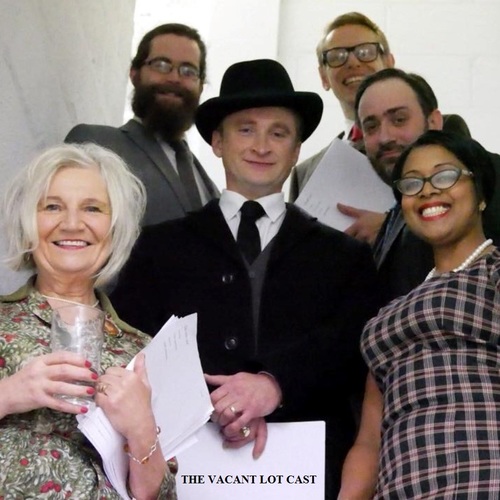 A pilot arts and literature festival is taking place at Pevensey Bay during the summer of 2018. A 'Memories from the 1950s' exhibition will be held at the Bay Hotel and the hotel's registers from those years will be put on display. Some notable people are known to have spent time in Pevensey Bay, among them Tony Hancock; Peter Sellers; Spike Milligan and Michael Bentine. The Hancocks and the Stephens often spent their holidays together so I would be very surprised if Larry and his wife, Diana, don't appear in the guest book.

Churdley Bay and Pevensey Bay certainly share some features: both have a Martello tower and a shingle beach, for example. What's more, a former owner of the Royal Hotel in the fictional Churdley Bay is called Mr Pevensey. 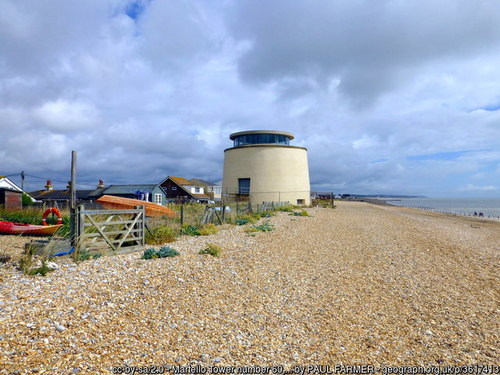 The video at the top of the page is James Hurn in the role of Hancock, performing a little of the Vacant Lot script before its 'world premier' in November last year. The line, "Choose Churdley Bay where the drains meet the sea," is very similar to a line in the Goon Show episode Insurance - The White Man's Burden from 1957, written by Larry and Spike Milligan: "Pevensey Bay, where the great English Channel meets the great British sewage system." (Please note: nowadays, Pevensey Bay has good quality bathing water!)

Could the idea for Vacant Lot have begun during a stay at the Bay Hotel? Although we'll probably never know for sure, I'm looking forward to finding out if Larry's name does appear in the hotel's registers.

We're just a smidge away from 59% now. Onwards and upwards!