Fans of fans (and veils)

I was flinging myself around at the weekend, failing to look graceful, and it occurred to me that Larry and I shared an interest in Eastern dance (although his interest was of a somewhat different nature to mine!).

I started belly dancing lessons a few weeks ago and we're currently learning how to dance with veils. While I was getting tangled up for the umpteenth time, an image popped into my head of Spike Milligan in The Case of the Mukkinese Battle-Horn. There's one particular scene towards the end of the film where Spike appears dressed as an exotic dancer and a smitten Peter Sellers, in the role of Superintendent Quilt, cries out, "Oh, beauteous one! Oh, fairest of the fair!" etc. before realising who is hidden beneath the veils! 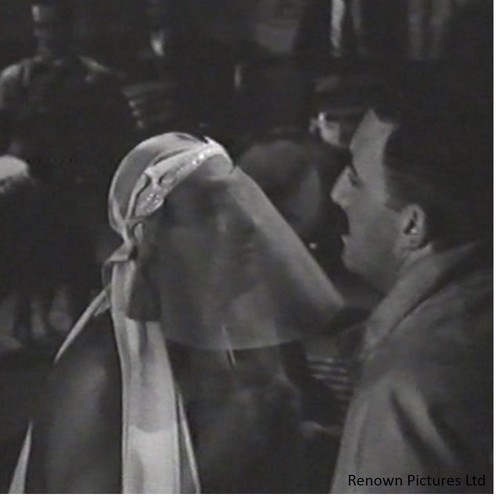 The Mukkinese Battle-Horn was filmed at Merton Park studios in London in 1955 and the script by Harry Booth, Jon Pennington and Larry Stephens was based on an original idea of Larry's. The film's producer, Michael Deeley, is now better-remembered as the Oscar-winning producer of films such as The Italian Job but in his book Blade Runner, Deer Hunters & Blowing The Bloody Doors Off he describes the Mukkinese Battle-Horn as the most profitable film he ever made, relative to cost. This was no doubt helped by its being resurrected in 1975 when it was chosen as the supporting film for Monty Python and the Holy Grail.

The Mukkinese Battle-Horn is one of several examples of Larry's work where dancing is mentioned. There is a sketch in episode 3 of the third series of the Goon Show about Fred Bogg who finds fame as Freddo, the world's only male fan dancer and fan dancing was still firmly lodged in Larry’s mind by episode 8 of that series, judging by this doodle of Phyllis Dixey on his copy of that week’s script. 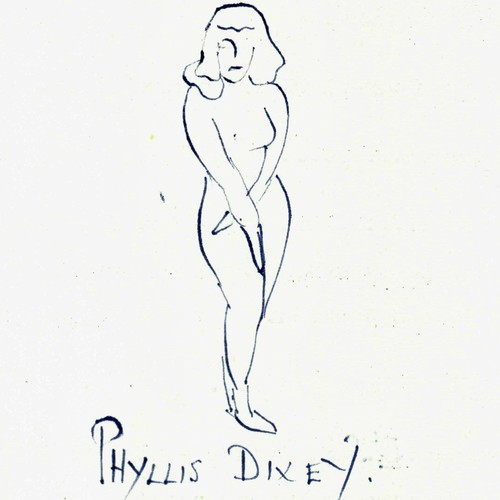 Larry’s interest in 'exotic dance' seems to have begun long before the Mukkinese Battle-Horn and the Goon Show though. Letters he wrote to his girlfriend while stationed in Teknaf during WWII mention an opera he had started writing but grown tired of by Act II. He wrote that he'd thrown most of it away...

"The only thing I retained was the music for the fan dance, I will bring it back and play it and you shall do the fan dance. If you haven’t got a fan it doesn’t matter as you can do the dance and I will imagine the fan."

The video at the top of the page shows my beautiful dance teacher, Yallar, demonstrating how dancing with a veil should be done!

We're at 56% and climbing. Please tell your friends about Glarnies, Green Berets & Goons, talk about it on social media and let's get to 100% soon!