Fan of classic comedy? You'll want to win this prize!

Vacant Lot, the radio sitcom Larry Stephens wrote for Tony Hancock in 1952, had its world premiere in Wolverhampton on the 4th of November 2017. A Birmingham Comedy Festival production for Funny Things, it was performed 'script-in-hand', just as it would have been when it was first created, so it was like being transported back in time to a BBC Radio studio in 1952.

James Hurn played Tony Hancock and the remaining cast members - Janice Connolly; Mark Earby; Linda Hargreaves; Jimm Rennie and Richard Usher - all took on multiple roles. It was a truly magical experience seeing Larry's words brought to life by such a talented team, in fact, it ranks as one of the best days of my life!

If you weren't lucky enough to be in the audience, there’s a video trailer at the top of the page (and of course, the full script for episode one comes as an appendix to Glarnies, Green Berets & Goons!)

How would you like to win a very special prize? A colour copy of a page from the original Vacant Lot script has been hand-signed by the world premiere cast and everyone else who was involved in the production and it could be yours! This script was typed by Larry Stephens and has his handwritten amendments to it. The prize will also include a Funny Things festival brochure, a Vacant Lot flyer and a Glarnies, Green Berets & Goons bookmark.

For a chance to win, all you have to do is unscramble the five anagrams below to reveal some places – real and fictional - associated with Tony Hancock. There’s a clue to the first one somewhere on this page!

Email your answers to me at dreensdo@gmail.com by Friday 17 November 2017. The first correct entry drawn on the following day will win the prize. If no one gets all the answers right, I'll draw from those who have the most correct.

The competition is only open to supporters of Glarnies, Green Berets & Goons so if you're not currently on the list of supporters and want to enter, simply pledge over on the right-hand side of this page before the closing date. 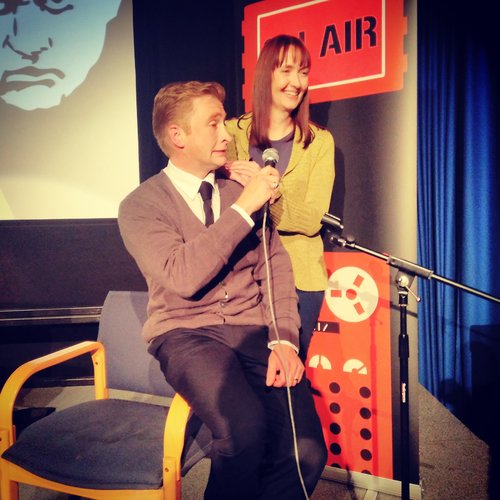 Don't reveal your answers here! Email your entry to dreensdo@gmail.com