Commando Training in the 1940s

The Commandos were formed in 1940 after the colossal military disaster of Dunkirk when Britain's morale was plummeting. In June 1940, Prime Minister Winston Churchill wrote to the Chiefs of Staff proposing the raising of a special force to enable Britain to regain the upper hand.

The Commando Basic Training Centre was located in the house and grounds of the 24th chief of Clan Cameron, Donald Cameron of Lochiel. Achnacarry House had been built in 1802 in the Scottish Baronial style on the site of a ruined 17th century castle. The view of the turreted grey building with its lancet windows and vast entranceway topped with the red and gold coat of arms was somewhat spoiled by the addition of a Nissen hut on either side of the door but at least this was in keeping with the symmetry of the house. 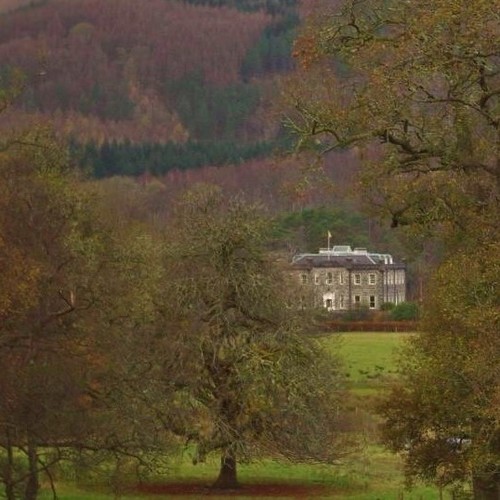 Physical training for the potential recruits was wide-ranging and as well as rock climbing; boating; the scaling of Ben Nevis; and lessons in unarmed combat, the trainees were able to practise their best Johnny Weissmuller moves on a Tarzan Course and a Treetop Range with swings and rope bridges connecting tree to tree.

Among the better-known features of the assault course was the 'death ride' which received a lot of publicity at the time and later appeared in a modified form as part of the physical ability test on The Krypton Factor in the 1970s, 80s and 90s. A thick rope was attached to the top of a tall tree and then the other end was secured to the base of a tree on the other side of the fast-flowing River Arkaig. The aim was for the men to slide from the top to the bottom of this thick rope by clinging onto a looped toggle rope slung over it. To add a bit of extra spice, live ammunition exploded in the river beneath them during the descent (the inclusion of this aspect would certainly have made the Krypton Factor more interesting!).

The survival training, taught by Sergeant-Major Moon, was one of the most memorable aspects of the instruction for many of the recruits. As well as demonstrating how to construct shelters suitable for different weather conditions, Moon also showed the trainees how to build fires and ovens from a range of materials and taught them that they need never go hungry: they learnt how to lay traps; how to skin deer; and which wild vegetation they could safely pick and eat. For the grand finale, Sergeant-Major Moon produced a lump of baked clay from the embers of one of his demonstration fires and cracked it open to release a tantalising smell. With its fur sticking to the clay crust, a perfectly-cooked small animal revealed itself as the 'prize' in the centre. Moon would slice the meat up and invite his hungry students to taste it and guess what it was but no one ever got the right answer - it was Achnacarry rat! 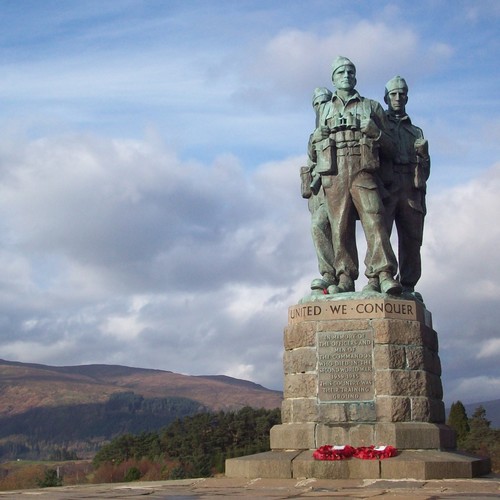