Can we return this photo to its owner's family? 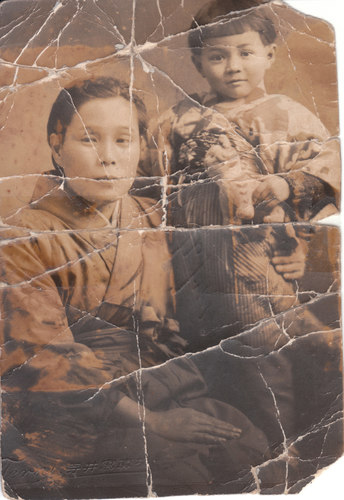 Thanks to everyone for your suggestions about the Larry Stephens-related mysteries I shared last week. Glarnies, Green Beret’s & Goons supporter, Karl Tiedemann's sister-in-law, identified the language on the photograph as Japanese and says that it translates to something like 'photo shop' or 'photo studio'.

I bought the photograph from eBay because of what is written on the back of it:

I wondered what the sense of 'taken' was, whether it meant taken away or taken as in photographed. Now that Karl's sister-in-law has explained it came from a Japanese studio, it makes things clearer. 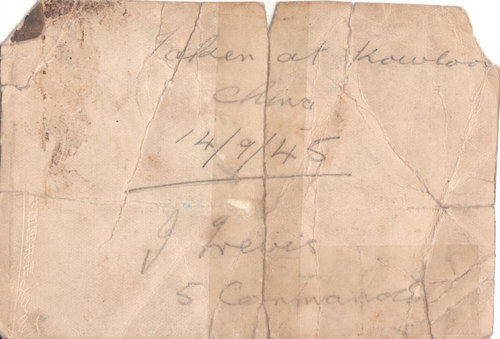 In September 1945, Larry and his No. 5 Commando comrades arrived in Hong Kong. On the 14th of September, they accepted the surrender of the Japanese in the Fanling area and the Prisoners of War were then transferred to Kowloon under escort. Although the prisoners were searched, it seems odd that Private Trevis ended up with a photograph of what I can only assume was someone's wife and child. And the fact he kept it rather than discarding it suggests that there's another story to be uncovered!

The records show that the POWs taken that day were from 67 Battalion under the command of Major Hurota. There were 16 officers, 94 NCOs and 358 Other Ranks plus 80 sick. Was the photo's owner one of the sick, I wonder, who wanted to get a message to his family?

This photograph shows some of the Japanese soldiers boarding the train at Fanling bound for Kowloon (© IWM (SE 4987)). Is our POW one of them? Perhaps through the power of the internet, his wife and child can be identified. 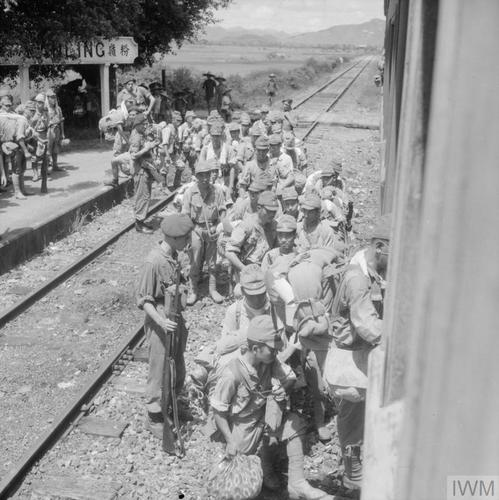 We're just under 8 hardbacks away from hitting 33% funding. Once we reach that point, I'll be launching another competition which should appeal to the Goon Show fans amongst you. So if you know someone who has been thinking of pledging but hasn't got round to it yet, please give them a nudge!