I'll be running another competition for supporters when Glarnies, Green Berets and Goons reaches 25% funding and the prize this time will be a programme from the 1952 Royal Variety Performance. Anything you can do to help reach this milestone would be very much appreciated, be that persuading friends to support the book, sharing the link on Facebook or Twitter - whatever is within your power! 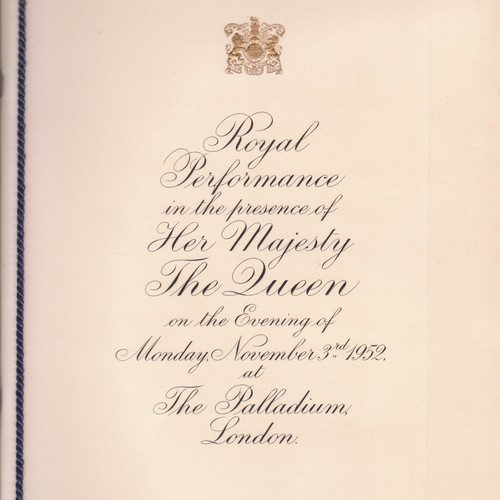 It was just before 8 o'clock on the evening of the 3rd of November 1952 when Her Majesty Queen Elizabeth II, the Duke of Edinburgh and Princess Margaret arrived at the Palladium in London's Argyll Street. A crowd estimated at 10,000 lined the streets, eager to catch a glimpse of Her Majesty's first attendance at the Royal Variety Performance as monarch.

Tony Hancock was on the bill, performing an act written by Larry Stephens, but appearing towards the end of the show was an artiste described in the official programme as 'The Commando'. This Commando, Gerry Brereton, was a ballad-singing baritone and having only recently become a professional singer, he was relatively unknown.

During the war, Gerry served with No. 3 Commando and in 1943 his unit took part in the Allied invasion of Sicily. 30 of his comrades were killed, 66 wounded and 59 reported missing or captured. Among the wounded was Gerry himself who lost his sight following an explosion.

Before the war, Gerry had a promising career as a footballer with Derby County but now totally blind, he needed to find a new way to earn a living. His journey to the London Palladium can be tracked through his mentions in the magazine of St. Dunstan's, a charity helping blind ex-Service personnel (now known as Blind Veterans UK).

In 1946, the St. Dunstan's Review reported that Gerry had secured a job as a telephone operator at an iron foundry but less than a year later, there came the first of several announcements to say he could be heard in a radio broadcast. In 1949 he received a fantastic reception from the audience when he took part in Hughie Green's Opportunity Knocks and by 1950 he was described by one of his local BBC assistant senior producers as, "the North's leading vocalist." His success growing, Gerry decided to move with his family from his home in Derby to see if he could hit the big time in London.

He was a guest singer in a concert at the Royal Festival Hall and then spots in several radio and TV broadcasts culminated in his invitation to appear at the Royal Variety Performance. He walked on stage unaided, having memorised the route during rehearsals, and sang Here in My Heart. The audience took him to their hearts and he was the only artiste to be called back to take a second bow. 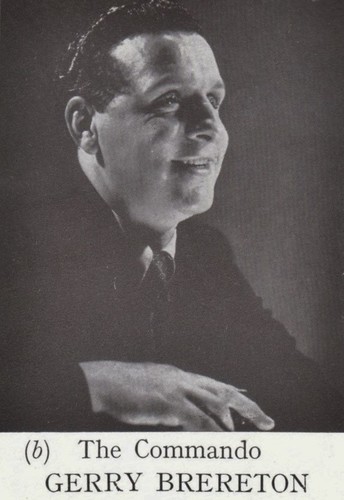 What a touching story and such great research... Fantastic