Attend a world premiere and help to make comedy history! 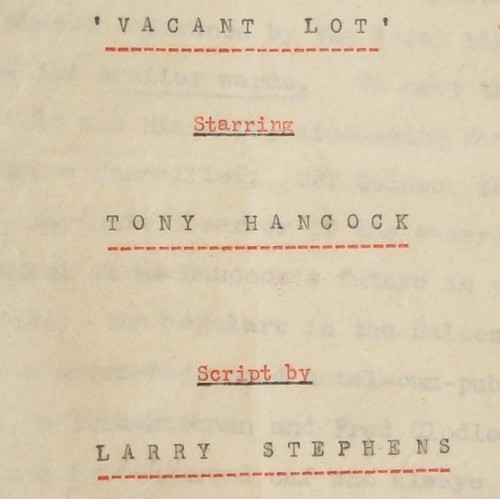 It's not every day you get the opportunity to attend the world premiere of a sitcom, 65 years after it was written - unless you're lucky enough to own some kind of time machine, of course. Tickets are selling fast for Vacant Lot (see previous update) and there is a real buzz building as the performance date approaches. If you live in the Midlands, you can't open a newspaper at the moment without seeing it mentioned. Last week I spoke to the legendary Alex Lester on BBC WM about the forthcoming production and Heather Large wrote a great piece for the Express and Star.

So, set your sundials for Saturday 4 November. Tickets for the 2pm matinee and 7pm evening performance can be bought through the links at the bottom of the page and also tickets for the Q&A session at 3:30pm which I'll be taking part in along with members of the cast and production team. It will be the first time I've been on a stage since performing The Ballad of the Bread Man at the Beauchamps School Christmas Show in c.1980! Please do come and say hello if you’re there. I’ll have bookmarks to dish out! 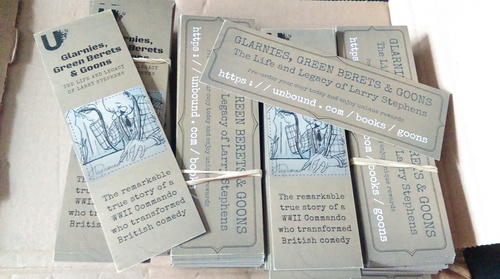 A quick note about Vacant Lot and Welcome to Welkham

Various sources (including Wikipedia) would have you believe that Vacant Lot and Welcome to Welkham are one and the same but basically, they're not! Although they share some of the same character names and explore some of the same themes, Vacant Lot was written as a proposed series for Tony Hancock whereas Welcome to Welkham was a standalone comedy playlet written for Brian Reece. Welcome to Welkham was also better-received than has previously been stated elsewhere. At the time of its broadcast it was one of the 'Programmes to Note' in the Radio Times and was also given a very positive review by the renowned drama critic, J C Trewin. So there! 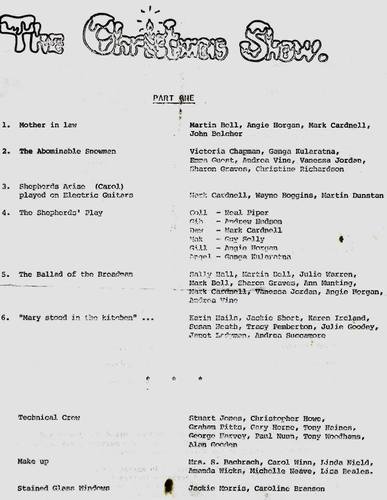