Good News Hackney: Everything Must Go

Street level snapshots from a borough under pressure.

Just give us a simple fiver and we will send you a copy of the e-book and smile at you in the street, nothing more, nothing less.
Choose this reward
$20  + shipping
19 pledges

A feeling of righteous positivity and your very own copy of the Good News Hackney hardback book to keep forever or give away to charity.
Choose this reward
$25  + shipping
9 pledges

A signed, dedicated first edition of the book, an exclusive postcard print and your name in the back of the book as a 'Polish Lager' level patron.
Choose this reward
$50  + shipping
1 pledge

Wish you were here?

Be the envy of your friends with this showcase of urban beauty. The book plus a pack of ten limited edition 'Visit Hackney' postcards and a special GNH gift.
Choose this reward
$65  + shipping
2 pledges

On the wall (studio apartment)

Choose a 12 x 8 (A4) fine art print from a choice of our favourite pictures from the book and we'll send it to you along with a signed first edition of the hardback.
Choose this reward
$70  + shipping
1 pledge

Three first-edition hardbacks signed by the author and sent to the same address (save a fiver and also save on postage), plus an e-book.
Choose this reward
$100  + shipping
2 pledges

The author will sign your first-edition hardback with a personalised insult aimed at you or a loved on which drives a spear through the worst things about your personality, plus A4 print and e-book.
Choose this reward
$115  + shipping
2 pledges

On the wall (warehouse conversion)

A one of a kind numbered fine art print (12x16/A3) of any of the images from the book, along with the a signed first edition, and special gift.
Choose this reward
$125  + shipping

Your very own GOODNEWSHACKNEY headline on the famous Hackney Gazette masthead, personalised for you, a friend or a sworn enemy. Plus signed first-edition hardback and e-book
Choose this reward
$220  + shipping

Meet the press/press the flesh

Exclusive tour of the Hackney Archives and a private Q&A with the journalistic superbrains behind headlines like CRACK ADDICT DWARF BATTERED plus signed first-edition hardback, headline and a special gift.
Choose this reward
$625  + shipping

Leading the way since back in the day

Become a top drawer Good News Hackney patron. Get your name right up front in the book as the local hero who made it happen, a limited edition signed print, postcards, a special framed headline and a raft of other benefits too generous to list here.
Choose this reward
$1,250  + shipping

Collectible signed first-edition hardback, A3 print, personalised Hackney Gazette headline, special dedication at the front of the book and a swag bag of GOOD NEWS HACKNEY merchandise. Everything above plus 10 copies of the book to sort you out for many Christmases to come.
Choose this reward

Part guide book, part cultural museum, part love letter. Good News Hackney tells the story of a day in the life of the London Borough of Hackney as it hurtles head first into the future, dragging the past behind it.

This is a coffee table book for people who wish they had room for a coffee table. Funny, sad, confusing and intriguing, Good News Hackney presents a series of pathetic, hilarious and touchingly optimistic juxtapositions found on the streets of North East London, framing them through the prism of a decade of hyperbolic Hackney Gazette headlines.

The photographs and headlines in this book capture a day in the life of special slice of London. There are no people here, just the marks they leave behind on an impassive city that couldn’t care less. 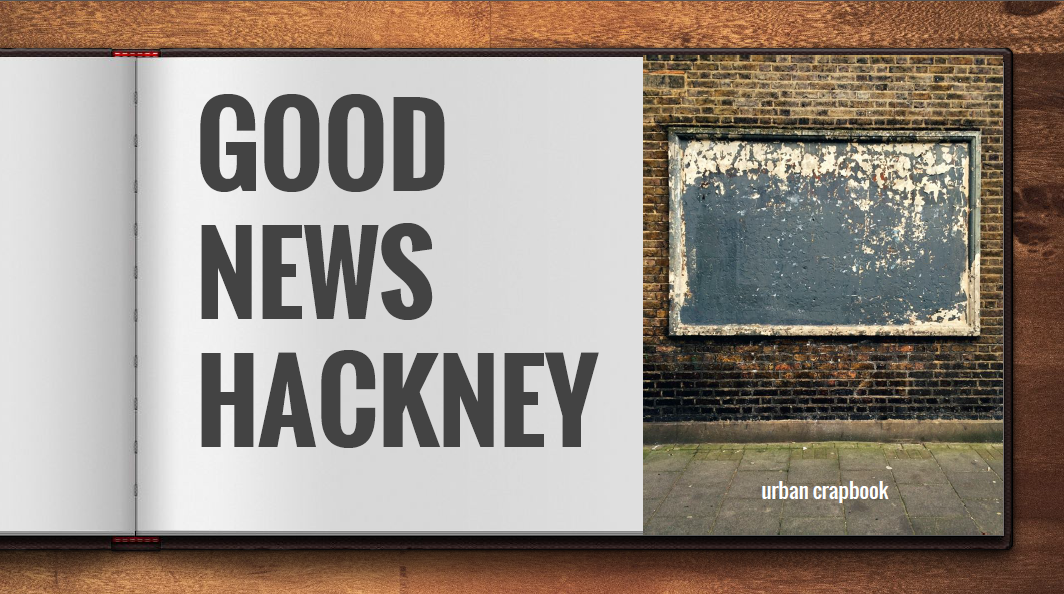 This is a unique book. The bastard child of the inordinately popular Good News Hackney website, which has been affectionately satirising, cataloguing and chronicling the weird and wonderful since 2010.

Now, like everyone else, we’ve been priced out. As closing time beckons and the landlord turns out the lights in the Hackney we knew, we’re running this crowd-funding campaign with Unbound to create a permanent archive of an exceptional time in the history of this place. We’re not in this for the money, so every penny raised goes to producing and publishing the book. If we get anything extra (highly unlikely) we’ll make a donation to some of our favourite local charities. 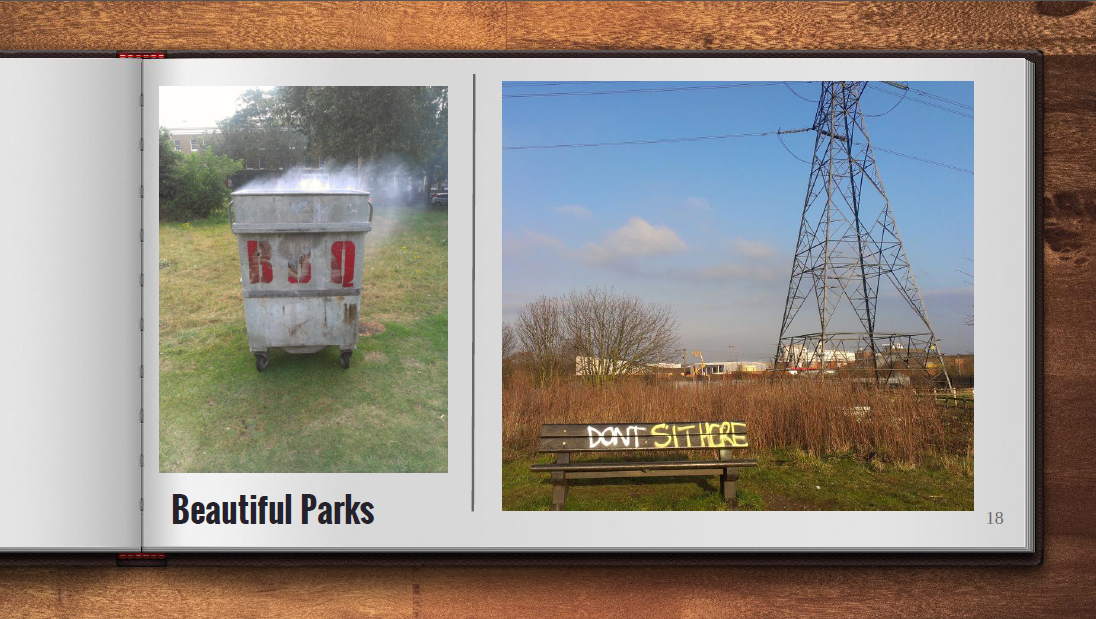 Since the very start, Hackney has been home to Londoners of every type and taste. Today 250,000 people from more than 100 countries, are crammed into less than 20 square kilometres of churning, pulsing modern metropolis.

London is changing fast and Hackney is Checkpoint Charlie in the Gentrification Cold War. If you take the time to notice the obvious you can learn a lot about the city London was, what it is today and the sometimes unrecognisable place it’s becoming.

To some extent, it has always been like this. Stretching from the digital highlands of ‘Tech City’ to the ancient mists of the Lea Valley marshes, Hackney has always been a place of extremes. Today more than ever the people that built the culture so readily commoditised by media men and soulless developers are under extraordinary pressure. Hackney carries on in the face of turbocharged change, politely making room for a seemingly endless onslaught new neighbours. 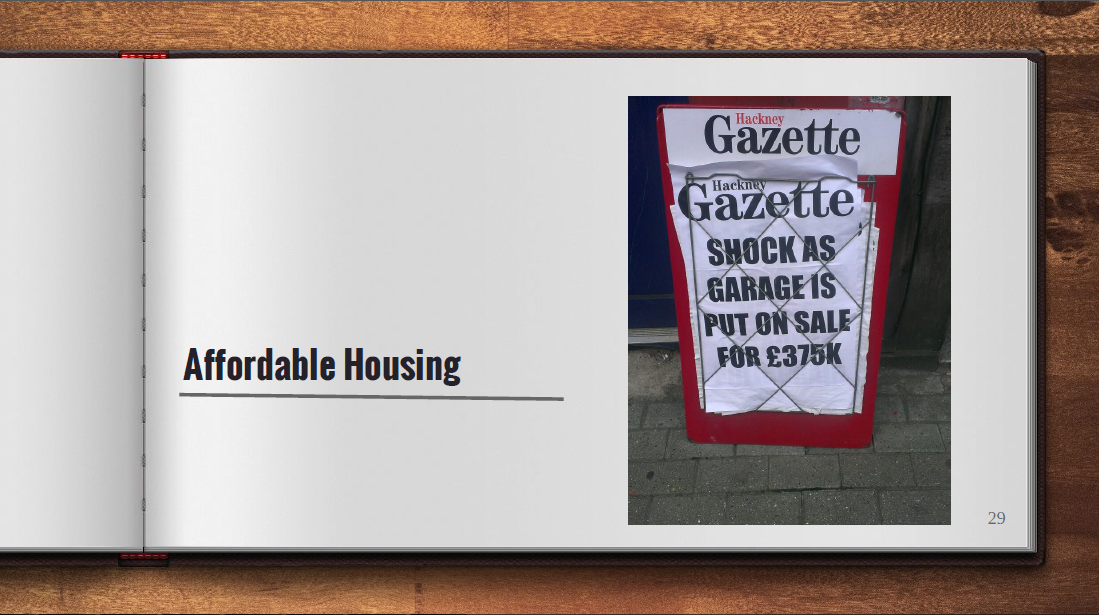 Good News Hackney takes you down to street level in a chaotic slice of London. An overwhelming, esoteric and unknowable place, overflowing with culture and subculture, with history tumbling from the cupboards, myth and legend sloshing around your feet. At once ostentatious and flash, modest and effortless, Hackney is a place where the past competes for space with the future, the very rich rub up against the very poor and the rest of us endure the ‘very cool’ in a warren of ancient streets.

All life is here, standing on the wrong side of the escalator and making you late for work. 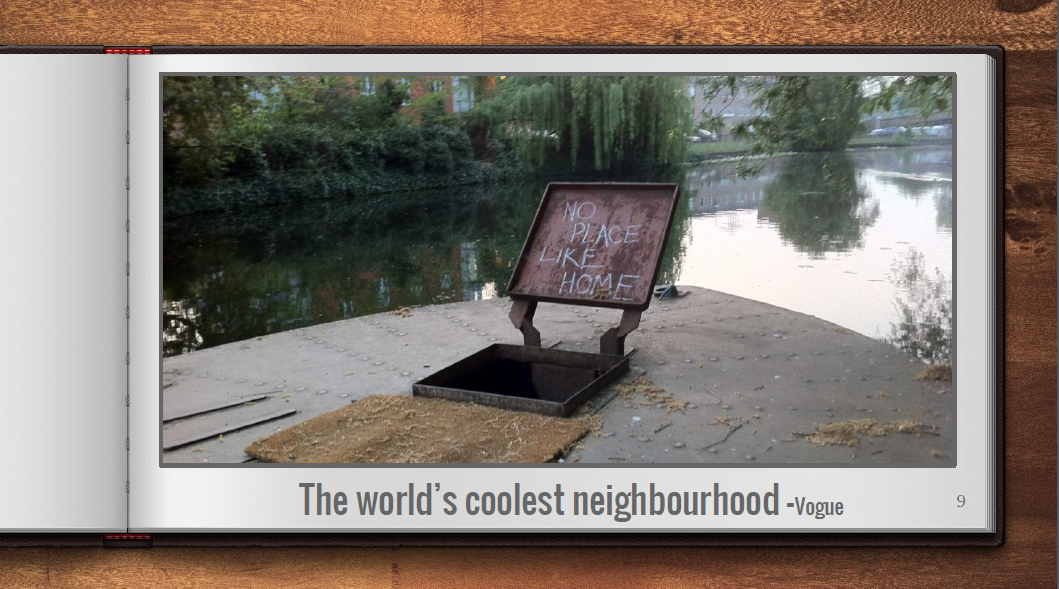 A riddle wrapped in a mystery inside an old chicken box lying in the gutter outside a £1.5million one bedroom flat. This is the London Borough of Hackney in all of its chaotic confusing glory.

Come marvel at Hackney in all of its chaotic confusing glory. Parodied to the point of obliteration; crowned the 'coolest neighbourhood on earth’ by Vogue, 'worst town in Britain' Channel 4 and ‘least affordable place to live’ by the Office for National Statistics. You’ll laugh, you’ll cry, you’ll wonder why you didn’t notice that.

Like all truly great things, Hackney is complicated and best looked at up close. 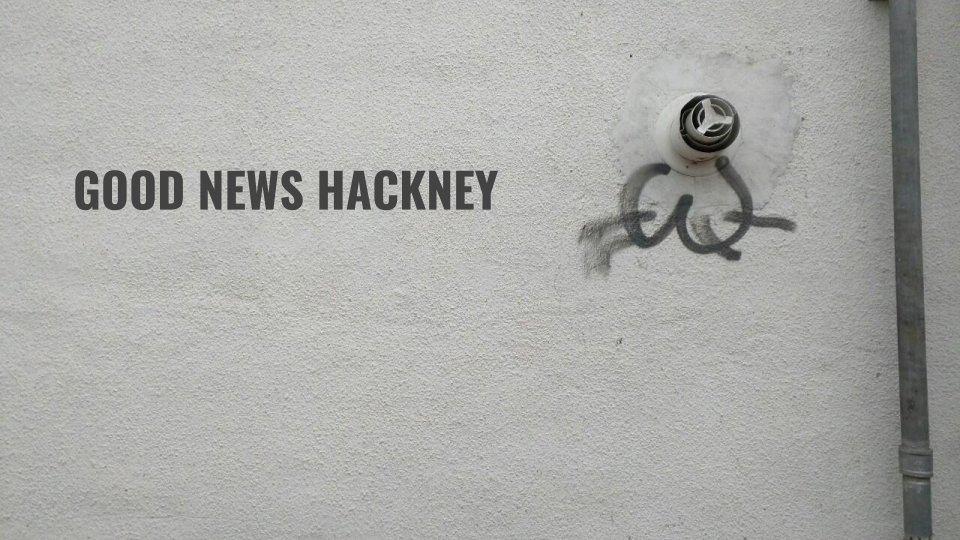 So buy a book, some swag or even a personalised headline from the famous Hackney Gazette and help us make Good News Hackney a reality before we shut down the site for good and move to the sticks.

Good News Hackney: Everything Must Go

A signed, dedicated first edition of the book, an exclusive postcard print and your name in the back of the book as a 'Polish Lager' level patron.
Choose this reward
$20  + shipping
19 pledges

A feeling of righteous positivity and your very own copy of the Good News Hackney hardback book to keep forever or give away to charity.
Choose this reward
View all 13 rewards