There Will Be a Statement About Gibbous House Shortly...

Meanwhile, this is called Retired... 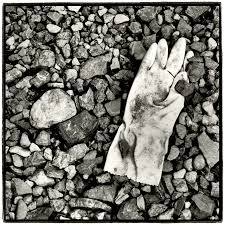 The frog lay on the asphalt like an abandoned glove. It hadn't rained since the first week of October. Those trees which had shed their leaves stretched bony limbs towards the blue sky. Others, palms mostly, looked limp and many of their leaves had turned to the brown of paper bags. He looked down at the shattered glass and rusted metal on the ground. Tin foil lay nearby and a belt with a broken buckle. The great experiment was failing, even though he'd retired years ago. Left the field clear for the old adversary, after having been begged to, really. Besides, he'd been tired. He'd told the old fool in no uncertain terms: it was all very well being immortal, invisible, only wise; but if you never answered your calls, never proved your omnipotence with a little of your own special miracle dust? Surely it was no surprise if only crackpots and con-men claimed to believe in you? He'd never had that problem. People had always believed in him. They liked the idea of temptation. Of a tempter to blame for their own misdeeds. Oh, but what hard work it was! They were so stupid, the subjects of the great experiment. Always they wanted the same old things. What was it they said? Something about roots and evil. There, again, it wasn't their fault. They were pathetic. The old guy used to go on and on about free will and the natural propensity for good. Hogwash, and that's a fact. Else why..? Best not go there.

He hadn't realised how boring it would be: retirement. No purpose. That wasn't the worst, not by a long chalk. Banks still got robbed, people were murdered, some people still had inappropriate relations with children, even their own. Of course the crackpots continued to blame him, citing some or other word from the beardy schnook, that they claimed had been handed down on tablets or in visions. Fact is, he'd been retired a long time since. Didn't see the point after those concentration camps, which the lab-rats had thought up all on their ownsome. He'd hung on for a couple of decades, but every time he'd given someone a little nudge down the left-hand path, some other damned human topped a Jonestown with some Cambodian killing fields. He missed the fun things though. The Hell's Angel and his girlfriend, some guy called Frank wrote a song about it. He'd cried with laughter at that. Didn't get played on the radio, though. Some of the lab rats figured stuff out, others made it up. Case in point, he'd copied all the soul-buying stuff from that fairy tale about the German Doctor. It was a good gag, why not steal it? Still, even that was boring now. The same old things: fame, fortune and ficken as the good Dr. F might have put it himself.

No, it was time to move on. Discard this persona. Things weren't so good here in Spain now. How they'd all spent the money they hadn't had! Building all those houses that no-one wanted. He'd thought the Big Man might have contacted him about that one; checked that he hadn't come out of retirement, waving contracts and blood-inked pens. He hadn't though. Nothing to do with him. Maybe he'd try Mauritius or the Seychelles. He liked the idea of being on a Paradise island.

He kicked at a stone, watched it career hither and yon down the slight incline. He laughed: hither and yon. Like something the crackpots put in their “communiqués” from the old guy. Come to think of it, maybe God had retired too. How would anyone know?