The finishing line for Gibbous House seems at once distant and alarmingly close. Copy has been edited, queried and queries answered, proof-reading has been done and queries answered. A real book should be in my hands by the end of May, a launch party is in prospect in June. There are only 5 days left to pledge for the book and get one's name in the back as a supporter, as the list closes at 23.59 on Tuesday.  Will someone get in before the deadline, I hope so.

Anyway, for those writers among you here is a steampunk-ish flash fiction about an entirely fictitious creative writing site, although I'm sure any of you who have experience of the thousands of sites out there will recognise the sliver of truth within the exaggeration. 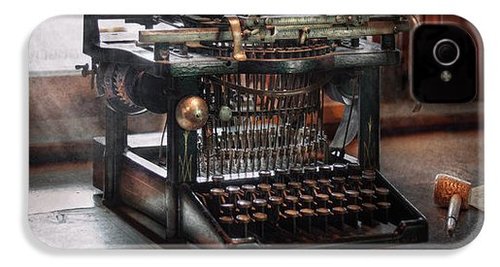 Eldritch sat in front of the screen, crabbed hands scuttling along the keys. He looked over at the pot- bellied stove in the corner. The water tank behind it was rusty and noisy, but still serviceable. He followed the line of pipes around the room. The Rankine which occupied all but Eldritch's server hutch in the square room was old but efficient. Even so he left his chair and went to tap the glass on the tropometer. The needle moved a little, settling on a mark showing 2 microCarnots below Isentropy. Excellent, but not perfect; however, good enough to keep the server going for all those idiots out there.

He limped to the wooden chair in front of the clavier. He picked up the can of oil and oiled Z,X,Q and the semicolon. He was expecting something from Fowler today. Reading the man's appalling prose would put him in a foul mood. Eldritch laughed and spat into the cuspidor by his feet. It was an extravagance to have such a thing made in copper. A man might feast on quail and oporto for a year on the proceeds of its sale. Nevertheless, he felt more than a physical lightness in his chest with every expectoration. And correcting Fowler's work was enough to cheer the most determined misery.

The metal of the space bar felt cold under his fore-finger. The stained glass screen began to vibrate and the server began to hum. Two large letters appeared in the screen

then the screen spelled out Authors.

URAuthors, Eldritch found this a tremendous joke. He was most pleased at his invention of the title. There was little better than a joke on the foolish scriveners who sent their feeble scribblings into the ether to be mauled by his own great intellect and, yes, wit.

His fingers tapped out 'submissives'. The stained glass went dark. After a minute or two, two options appeared. Poetry and pRose. P,R,P,R,P,R. Yes, R it would be, the key descended with a satisfying clack. Eldritch's screen faded to darkness once again. The names then unfolded like a scroll of the damned before him. Grüne – no point, too easy. Poor spelling and the grammar of a five-year-old. Yes, the stories were engaging. He'd almost been moved once, but it wasn't writing. No, he'd save Grüne for later, much later. Let's see, who's next? Bigbadwolf? God, even the pseudonyms were trite. No, he'd wait until later to castigate BBW for yet another obvious denouement to a frankly unlikely premise. Tiras? Hmpph. A wasted talent, beautiful slices of nothing happening. Eldritch did not enjoy reading those, besides, it was so rare to find a mistake to savour and ridicule in them.

Aha! He spied a favourite in the list. Pretentious pseudonym, tick! Usual pretentious title, tick! Now, just some meta-fictional, referential tosh in the actual writing and it would be perfect. Who did this idiot think he was? Tim Stoppage? People should stop writing after fifty. Stoppage was bemoaning that the plebs in the audience didn't get the jokes in his latest play! Who read Shakespeare now anyway? Everyone was writing their own masterpieces! Only tourists went to Drury Lane nowadays. No-one else could afford the price of a hackney.