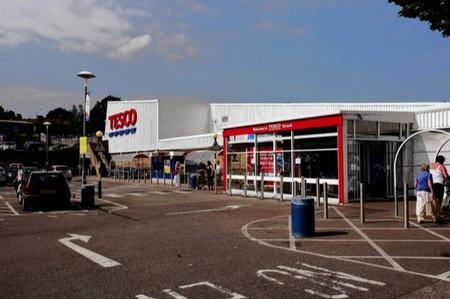 Somewhere in my contract it says I've to keep readers posted by means of the blog known as the Shed. Regular readers will know that this particular shed is much better known as the Gibbous Hut. In any event, I have nothing about which to keep you informed at the moment. However, do not feel that this means I am abandoning you! Nay, indeed not. What I have decided to do is to keep you entertained from time to time with some short-stories and flash-fiction, whilst hoping fervently they don't put you off reading Gibbous House when you finally get your copy.

Without further ado or even much ado about anything, here is...

It is with no little trepidation that I set this down, not least because – in the absence of any amanuensis – I write this bagatelle on something that I am informed is a computer. My skill with a pen and shorthand is far superior long after my days as a court reporter.  This shiny box of neither wood nor metal does no computing that I can discern. It merely writes my words on something that seems either a Laterna Magica or Phantasmagoria from the last – that is to say – the century preceding my own.

A state of disconcertedness has been my lot since the oddly dressed Herbert George appeared in the parlour of Gad's Hill Place only a few days – or many decades – ago. This peculiar chap in a rounded hat sat astride something which appeared to be a stationary velocipede. His mustaches were full in the extreme and he flashed his teeth in a smile of doubtful verisimilitude, whilst he bade me mount the secondary seat behind him.

A second, more vibrant flash deposited both Herbert George, your servant and the phantastical machine in what was recognisably my own library, save for the peculiar machines, similar to this one on which I hunt for every letter that you read, Dear Diary. Oh, for shame. The librarian approaches. Doubtless he will regale me with many variations on the relative value of his employment and my remaining in the Rochester Public Library.

How strange it is to encounter a library with no books!

Herbert George said he was just nipping off to watch a big fight against some Martians shortly after we arrived. So long Charlie, old boy! A disgraceful way for him to address me, I thought. In any event, I haven't seen him for a week now. Good riddance, however, I found him a bumptious chap for all his extravagant ideas. Alone and abandoned in the room that looked like my own dear library, I was soon shown the door by a uniformed fellow who informed me that he was a policeman. Clearly he was not, for he escorted me from Gad's Hill with nary a boot  to the hindquarters nor a cuff to the ear. I left him shaking his head and mumbling something which referred to 'care in the community.'

The building I left looked remarkably like my own home, save for the sign laying claim to its being a school. Taking my geography from the assumption that the house was indeed Gad's Hill, I resolved to make my way to Rochester. I had no sooner stepped out of the gate when a leviathan rushed past in a storm of noise and smoke. Several smaller beasts dodged around it or followed with some impatience before I might cross the smoothest thoroughfare I had ever seen. It took me some little time to realize that they were horseless carriages. This revelation I was helped to in no uncertain part by accepting a ride in a rather forward young lady's vehicle as far as my Kentish home town.

I should confess that I was not able to avert my eyes from her unclad limbs for the entire journey.

Ah! Here is Wilkins. We're away to share a doorway at the Tescos.  The Tescos is on the outskirts of town. It is quite a walk. Wilkins informs me that it is an emporium of poor quality but great quantity and that the dustmen do not come frequently for the food that is wasted. The librarian has told me he finds something familiar about me. I do not have the heart to tell him to search for a book if he wants to know a little more: I fear that he and the pastime of reading are of little aquaintanceship. Wilkins and I leave: I for one have had enough of the librarian and the worth of his job. I shall recount more on my return tomorrow.

I took my leave of the young lady's lower limbs with some regret. I wondered how Miss Ternan would  look -would have looked should I say – in such attire.

Rochester is much changed and not for the better. Oh, the castle and the cathedral remain, but much of the high street is given over to garish gin palaces and shops with metal-grilles in front of dirty glass. On Saturday last I learned that my conductor's attire was a paragon of discretion – as was her behaviour. Such vomiting and roistering would not have shamed Whitechapel, once upon a time.

In memory of my poor, dear father, I crossed the river to Chatham on Sunday. I was shocked to see my own name on a garish sign afront a park full of amusements. Another uniformed fellow, slovenly in the extreme, seemed more the policeman as he moved me on. Quite why he informed me that all the posts were filled and that I myself bore as poor a resemblance to the great man as ever he had seen, I could not say. He went so far as to tug my beard most painfully before declaring that it looked false even so.

I had the great fortune to encounter Wilkins in the alley behind one of the gin palaces, with the outlandish name of Walkabout, that morning. He avowed that he was in great expectation of something turning up. As I say, he has introduced me to the Tescos and proved himself a boon companion in sundry other ways.

To my great surprise, I see that the librarian has a book open in front of him. He is not reading, but appears to be looking at the frontispiece with some concentration. From time to time he glares at me and I shall not provoke him by further lingering. Tomorrow I must return to Gad's Hill, I wonder if Herbert George will do the same?