It's all looking good - the manuscript's with the typesetter at the moment, so I should receive it by return of post as soon as it arrives at Unbound. There will be an update on artwork too early next week.

So those who are gluttons for punishment may enjoy the following short story. 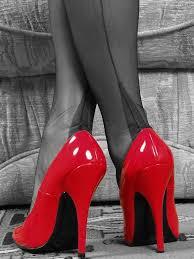 I like red, especially on a grey day. I like people who wear red. People who stick two fingers up at the dull lead of the sky and say look at me. Because the eye is drawn, like the needle to the North, like the dupe to the charlatan, by the crimson, carmine and vermilion. I don’t wear it myself, or rarely. Too many northern European genes. I’d be a fool to wear the colour of blood, it would make me look as if I had none.

When I used to paint, everything would contain some splash of the colour, however incongruous it might look in the context of, say, a palette of browns. A joker in the ochre, you might say. I don’t paint now. A bit of writing, dull rewrites of newspaper articles in El Mundo or El Pais on a good day. Puff-piece cum obit for a dead British Legionnaire or Ancient Buffalo on bad ones. Not even paid by the word. 25 euros for an article. Still, the readers enjoy finding the errors. They're not mine I hasten to add. The idiot in the office over the stationary shop where they cut and paste the free papers knows better than I with his Essex comprehensive spelling. I should send him that sentence to punctuate, if I get the chance.

So, by way of explanation. It's the fault of a carmine coat and cinnabar shoes on a grey, rainy day on the Costa. And this is what happened.

I followed her into the bar. The tables matched some of the chairs and some of each other. The music still came from a radio that looked old enough to have valves. Behind the bar was a large man of about 60 who'd last shaved when his shirt was clean. She was what we used to call a 'Nothing Special'. The kind of woman you found all-too-attractive though you knew she wasn't quite beautiful. Someone you wouldn't forget if you only saw them once. With other young men in long ago bars, I had called such women 'Nothing Specials' . Perhaps it was self-defence, bravado or just the stupidity of youth.

The woman sat on the high-stool at the bar. I tried not to look at her legs, but failed. When I looked up she was smiling at me. I asked her if she wanted a drink. It was 10 in the morning. She said,

It was a voice like the low harmonic of a difficult chord.

Her name was Leila, and she smirked as she said it, then laughed when I did, as though she did not care whether I believed it or not. Her eyes were burnt sienna and I wanted to run a finger along her cheekbones to see if I would cut myself . Leila ordered the coffee from the man behind the bar. She called him Andres and he looked down at his shirt then rubbed a hand across his stubble. When the coffee machine stopped its impersonation of an industrial air compressor, Andres placed Leila's coffee in front of her on the bar. My own glass and saucer announced their arrival in quick enough succession to avoid spilling more than half.

I had no small talk. It was enough to look at this exotic bird, her plumage denying the foul weather and the dull atmosphere of the café. She lit a cigarette after a brief glance at Andres, who heaved his shoulders as though he were Atlas with a crick in his neck. For a moment I thought she was going to blow the smoke in my face, but she turned her own away and blew the plume up towards the blades of the rusted fan.

She must have seen something in my face because she laughed,

‘Not like that. I need someone in particular. A man with enough wrinkles to know better, too few laugh lines not to try. A man likely to say yes to a certain proposition.’

For answer she looked at her watch, a slim thing without numbers which told her it would soon be about 11. Then she nodded at the grubby bar owner and held up two fingers. Two brandies arrived; much of mine stayed in its glass and all of Leila’s did.

At home, in the flat I was throwing balled-up blank sheets at the waste-paper bin. It’s not easy to miss with so many from a matter of six feet. I hadn’t said yes, but I hadn’t said no. She’d offered me a week to think about it. I asked for a phone number and her one-cornered smile said I’d never get it while the days of the week ended in y.

I watched her legs scissoring in whispers beneath her tight skirt whilst the red of her shoes burned itself on my retinas like the last thing a dead man sees.

A week later I was in Malaga on Larios. Pretending to decide on a bar where I would spend money I couldn’t afford. I’d decided not to return to the Paseo Maritimo on the Costa. Why tempt fate? What could Leila possibly want me to do, that I was even capable of? Better to hold her image, keep it for the painting I would naver make. Turning off Larios, I headed for Calle Cistor, bound for La Tertulia. It was one of those healthy lifestyle places. Only in Andalucia would such a place sell coffee.

She was sitting at a table when I walked in. She cocked her head and gave that smile,

Some coincidence. I hadn’t been to La Tertulia, or Malaga come to that, in over a month.

I sat down. Just to hear the proposition and I thought she might buy the drinks.

‘You’re confident to say that, since I don’t know what it is.’

‘It’s perfect. It’s something you’ve been preparing for all your life.’

She told me what she wanted done and before she left she repeated it,

On May 24th I was arrested at the Museo Carmen Thyssen. Caught red-handed, you might say. Right there in front of the star loan-piece of the exhibition. Number 61. I thought it looked better with my bloody palm print in the bottom corner. Every picture should have a piece of red.