It has been suggested that writers reward pledgers by posting news and material in the shed... it might be a better reward not to post writing! Anyway (Warning : strong language in two languages) here is ..

No Word for Blue 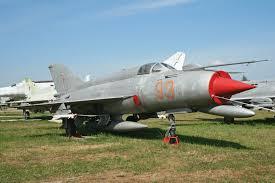 Vitaly unscrewed the fuel cap on the bowser, jammed the plastic tubing into the tank. A quick suck on the end of the hose and the naptha-kerosene splashed into the watering can.

‘Do Chyerta! Remember the vodka we had at Christmas?’

‘Christmas? Don’t let the Political hear you, Vitaly. And no I don’t, it was kvass.’

Vitaly darted a look at the man standing 10 metres from the aircraft and not 5 from the bowser. He was smoking a papiros. Just their luck he would blow them all up. Maybe the pilot would catch him, he’d gone for a shit in the woods at the side of the perimeter track.

‘It was not, Volodya, you cannot make kvass from potatoes.’

‘And you can’t go blind from drinking Vodka.’

‘Gavno! Sergei splashed some in his eye, what else? It was vodka.’

The fuel was overflowing from the can’s spout. There was no rose, so the liquid pooled in the soil to the left of Volodya’s boot.

‘Better tank up the MiG,’ he lifted the makeshift syphon out of the can and held the end aloft, allowing the fuel to drain back into the bowser.

Both men unhooked the fuel hose from its clamps on the rear of the bowser. Until yesterday it had been on the last serviceable fire truck on the air base. The hose bumped along the concrete until they reached the Isdeliye-95M. The pilots had called it “Balalaika” ever since the prototypes first flew in the 1950s. It was the shape of the instrument if seen from above. Vitaly had heard that the enemy had given it a very strange name. Something like Bed of Fish? Not that Vitaly, Volodya or anyone else believed that. No more than they believed that the Ami GIs and the British Tommies travelled from Berlin to Western Germany on a luxury train that served champagne and fillet steak.

Vitaly and Volodya had almost visited Berlin once. They had a weekend pass and a lift with a clerk from the base HQ’s typing pool. She had a Moskvich and Pilot-Polkovnik for a boy- friend. Colonel Shevchenko had got a staff job at Zossen. He must have liked Natalya a lot, since he’d given her the car to visit him. The Guards at the gate had ordered them from the car. Natalya hadn’t done anything but smile, but they’d let her go on her way.

Volodya had started to argue, but the mladshij sergeant just hit him with the butt of his AKM.

They had headed back to hard-standing number 4 where the aircraft they were responsible for stood. It had been a long weekend.

The door to the fuel tank’s cap was open and the cap was dangling from the chain attaching it to the aperture. Both men gave a percussive grunt as they hauled the heavy hose onto their shoulders. Vitaly located the nozzle and screwed the male to female coupler tight. He nodded at Volodya, who went over to the bowser’s cab to switch on the engine and then the pump. The fuel hose jerked as the fuel began filling the plane’s internal tank causing Vitaly to stagger. You never got used to it. Luckily, this Balalaika didn’t have drop-tanks under the wings too. Although they didn’t take long to fill, they really were more trouble than they were worth.

Back in the bowser’s cab, Volodya sounded the horn. Last 500 litres. When the horn sounded again, Vitaly would stand on tip-toe and walk backwards raising the hose with both hands as he did so. After that, he would support the weight of the hose as he walked back to decouple it. Then he’d let the hose drop and squat for a few seconds. He had used to count like you were supposed to do, like the training manual said. Not now. It was better to think about his ex-girlfriend back in Voronyezh and the trick she did with her fingernail. The horn sounded just as he got to the best bit of that particular memory, as usual. By the time he was resting his yagodaitsy on his heels, his girlfriend had Natalya’s face.

He heard a shout. Perhaps he should have stood to attention when he finally dragged himself to his feet. It didn’t matter. The pilot had finished communing with nature and was stubbing the papiros out on the Political’s face.

‘Pizda! Yob tvayu Mat! I’m going to kick your black arse so hard you will shit through your nostrils you useless piece of communist scum.’

Pilots always swore very well and they weren’t often afraid of the Politicals. Sure, they took care that no-one important overheard any disagreements. Two flight-line dogsbodies didn’t count. Besides, up here in Damgarten the Politicals themselves weren’t the big shots they might be, say, at General HQ.

Vitaly and Volodya got on with reeling in the hose and hanging it on its bracket. Some pilots would come over and start bollocking them for letting the Political so close to the aircraft, never mind the fuel. This bloke looked about 40, old for a Kapitan. His eyes were goluboj, maybe some Estonian blood in his veins. He tapped a boot on the watering can with the syphoned fuel.

Vitaly nodded at his colleague and Volodya went through the rigmarole of draining the watering can into the bowser’s tank. This involved hanging onto a rail on the side of the truck so that the spout could pour downwards and until empty, as far as possible.

The pilot pulled down the zip of his flying suit breast pocket, took out a small flask. He waved it up at the sky.

‘Sinij: you know the Americans need two words for that. Dark blue.’

Vitaly looked skyward. It was sinij, dark as dark where it had been goluboe before. There would be a storm, for sure. The pilot was holding out the flask towards him.

Vitaly took a gulp and though it burned it went down smooth. Smoother than aviation fuel did, anyway. He handed the flask to Volodya after a look at the pilot, who smiled and said,

The three of them watched the Political walking around the peri-track towards the domestic and administrative area of the base.

‘Here’s to sinie skies,’ the pilot lifted the flask and drank.

‘That’s two words for the Amis too. Light Blue.’

‘What the fuck is blue?’ Volodya said.

‘We don’t have a word for it,’ the pilot smiled.

Footnotes: Russian adjectives are inflected: hence sinij and sinie are the same word, as are goluboe, golubyj or golubye. There really is no word for blue in Russian. Papiros IS Russian for cigarette, but for most, particularly the military, it means a particularly foul roll up, often using any paper that may be to hand.