During this week, my great joy at achieving Gibbous House's target and bringing publication one step nearer has been tempered by the reflection that this time of year always brings. As you may know I served 23 years in the Royal Air Force. I haven't much to add to the flippant description you can read in the bio. I do feel uncomfortable about the levels of emotion surrounding the public's relationship with the military now. This is the same public who felt little but contempt for the Armed Forces only 30-odd years ago when I signed up. Everyone in a uniform isn't or hasn't necessarily been a hero. I have a chestful of medals that I could wear today, but I won't. The only real danger I was in during the Gulf War was from the extreme age of the aircraft we were flying in, for example. Ditto for the very beginning over Afghanistan, which I was still around for.

I see limbless survivors on the news and think, yes, they're heroes. I think about the huge loss of life in World War One, and know that they weren't all heroes, just the same as today. The difference is the scale of the losses, that's worth remembering. So I'll wear my poppy with pride today, and remember that these sacrifices are about the right to opinion, free-speech and democracy, even if those opinions aren't mine, I don't like what you say and I don't like your politics.

Here's a short story for today 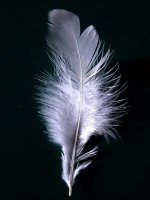 He gets off the bus, left leg first, always left leg first. It isn't far to the entrance of Green Park and it is a sunny day. It has been raining for over a week, since Easter Day, in fact. Doesn't go out much in the rain, as a rule. No rain today though. Thought there'd be more people about. Dying for a smoke. Haha. Bickerstaff did that. Shell got him as he sheltered in the corner to light his fag. There wasn't enough left of him or his kit-bag to put troubles in. Smile boys that's the style. Wilson had taken a fragment in the upper arm. Not a blighty wound, but worth a couple of weeks in the Military Hospital after a visit to the Casualty Clearing Station.

He'd gone back, no bother. No bother at all. Duty bound, simple as that. Someone had jumped off the train 2 miles out of Calais. An older man, about 30, he had looked a bit off colour on boarding. 'Sod this for a game of soldiers,' he'd said, by way of farewell. No-one did anything. Not even the Colour Sergeant from the Durham Light Infantry. He just kept staring out of the window on the opposite side of the carriage.

The few walking in the park look more like people with somewhere to go than strollers. Even the girl over by the bandstand. He stiffens his back. Stand still, that's it. Wait for her to walk past. She stops to talk to another girl, not prettier, exactly. Just more conventional. The first girl looks like Arabella. Arabella is married now, to a conchie. Imagine that! The other girl strides over to the far side of the bandstand where a youngish man is smoking and watching a little girl play with a hoop and a stick.

Wilson just waits, it looks like the first girl will walk past him, after all. He smooths back his hair, not enough brilliantine today. She´s quite tall, maybe a bit posh for him once upon a time. Not today. Today is sunny and he just wants to feel normal again. What´s more normal than striking up an acquaintance with a pretty girl?

There had been one or two in France. Behind the lines, a drink and a bit of slap and tickle, nothing serious. Besides, they were mostly working girls. It wasn´t the same. Carter got a knife under his ribs after one visit to the Bar Pigalle. Some things had to be paid for. Never saw Carter again after that. Home to Blighty after a whorehouse brawl, how lucky was that? Luckier than Wilson himself, surely.

Wilson shifts his weight onto his good leg. Funny how he can still feel the other one, even now. Here she comes. My, she´s a bold one. Looking him right in the eye now. Holding her hand out. He recognises what she´s holding. She´s going to give it to him, she really is. He puts his own hand up in front of her, but there´s no stopping her now.

He looks down at the white feather sticking out of his top pocket.

´Not fit to be an Englishman!´ She spits it out as though it´s the worst thing in the world.

´I´m Scottish,´ he says, but there is no answer from her stiff yet elegant back.

The Scottish always get the crap. Enjoyable story.

Thank you for the story - really enjoyed it. Provided me with another welcome distraction from studying!

I enjoyed the story and fully agree with you on the first part of your blog. I too have a collection of medals that are not worth anything and would not wear. I confess to having been a 'REMF' or 'Fobbit' which is, I believe, the modern term for those who stay safe in H.Q. Nothing heroic there.
I agree with your definition of heroism and feel that along with self sacrifice they are worth remembering.

Yes, Bill, I'd feel a fraud with my medals on display. Flying in that plane was the biggest risk I took, I reckon. (Well, on duty, anyway!)

Great post. Felt the same way on Sunday when parading in my local town. Couldn't bring myself to wear my medals. Really enjoyed the story though, nice one! J