85%! Well done to everyone reading this. It really feels like the campaign is on the home straight. One last effort and it will be done and dusted.

Here is a short piece about something that happened today. 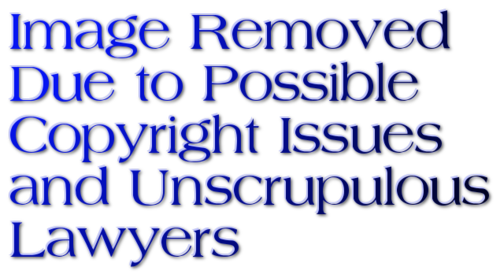 [Image was Tenniel's illustration of the White Rabbit from Alice in Wonderland and almost certainly out of copyright, but neither of my books has made enough to pay a 750 quid fine yet and probably never will]

Like a secret sign from gypsies, a dead rabbit lay on the pavement at the side of the road; in a side-street of low-rise apartments, one street back from the main road through the town. It almost looked as though someone had laid it on the cracked flags. But for the blood seeping from its hindquarters it could well have been asleep. Except for the fact I don't think rabbits sleep on the sidewalk but in their burrows.

I could have moved it. Now I think about it, I wish I had. How did it get there? Someone dropped it coming home from a quick hunt before desayuno numero 2? I don't think so. Such a disturbing thing. It's a small town, true, but why leave it there? Why not throw it in the - admittedly not-so- nearby- wheely bin? Hunting season started a week or so ago, but I've never seen someone carrying the day or night's bag over their shoulder through the town. The hunters drive out with their dogs yelping in the trailer attached to the back of their van. These trailers look like something a circus would transport miniature lions in, all strong bars and not enough ventilation. The dead rabbits, birds and wild boars go in the back of the van.

So where did it come from? Brer Rabbit, I mean. Maybe it was a secret sign. So much remains a mystery to us Guiris.

I taught my class and returned to my car an hour-and-a-half later. Bugs was still there. Now, here's the thing. It looked exactly the same. You couldn't even see an ant-bite of fur missing. There were no flies and it was 12.15. Mad Dogs, Englishmen and flies go out in the midday sun. Not even a passing dog had touched the dead coney. It looked exactly the same as when I had parked the car next to it. And you know what? I couldn't smell it. 25°C in the shade – it's been a rare October – the locals talk about un veranito, a little summer. I reckon it's too hot for Indians, anyway. So, all that heat and nothing, no smell at all.

I considered crossing my fingers are crossed and thought about the evil eye while wishing for the Hand of Fatima.

As I drove home, I remembered the Dead Rabbits were one of the gangs of New York in the 1850s, they had many run-ins with Butcher Bill's Bowery boys. From the Bowery it's only a short hop south from there to Mexico and rabbit-shaped loaves on the Day of the Dead. If I exercised my body the way my brain does itself, I'd be doing triathlons for fun.

I switched off the engine and realised that if I knew what the dead rabbit meant, it wouldn't have been a secret sign.