No news is good news... anyway by dint of there being no news I have decided to post one of my oldest stories... 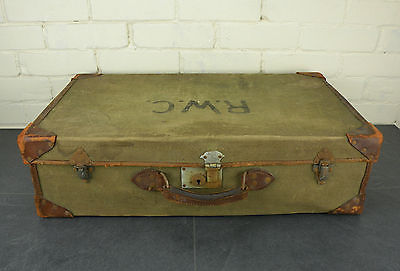 It was coincidence, meeting him, when I called in there. The Malt Shovel, I mean. OK, it wasn’t far out of my way and I was hungry; Dover was a long way off. ‘Sleep when you can, eat when you can’: not bad advice. There was plenty of time to make the crossing. The pub’s name was a pretence. Too-shiny brass and copper utensils on the walls were no more redolent of the oast house than the production line lager. It did steady business - or it had done, half my lifetime ago, when I’d had my own glass hanging on a hook at the bar.

He looked different- a smudged and crumpled photocopy of himself. His hair was longer, not untidy, just… somehow uncared for. I noticed a bristly patch at one corner of his mouth, an angry scab opposite; an old man’s shave.

‘Hey, it’s you’- he was enthusiastic, though we’d never been friends. ‘You want a pint?’

‘Hangover is it?’ he asked

‘No, don’t drink much now, just like the taste.’

He was silent for a moment, thinking up something to say to a long-lost acquaintance.

‘How are you doing? How’s Bridget?’ claiming a closer connection.

‘Oh...sorry’ - he gabbled, fearing an offence untaken. ‘What about work? Are you out?’

He looked it. He had a grimy, defeated look; he’d been so particular about his turnout, back then. Still tall, somehow his bearing was apologising for it now. No more strutting for him, he would probably shamble about; the walk of the purposeless. I ordered something to eat, guessing a microwaved lasagne wouldn’t delay my getaway too long.

He was wearing a jacket and tie; not new, maybe new to him. It was noon-ish on a Tuesday; he might have been a sales rep on a pub lunch, but for the too-tired clothes and the absent briefcase.

‘Still local?’ desperate small talk now; there was no family to ask about either, I remembered.

‘More or less, I’m between addresses at the moment.’

I looked at him properly then. He seemed older than I knew he must be. We hadn’t worked together in ten years. His eyes were still a vacant blue with the slow blink of the very patient or the very simple.

‘Do you miss it then?’ I really did want to know.

And it was. I’d done the same; three hot meals a day and always someone telling you what to do. We’d called it prison, sometimes, though we‘d had to buy our own TV licence.

I couldn’t imagine why. A solitary ‘sympathy-promotion’ in 22 years; that’s why he’d had to leave, no matter what. He’d been smart, punctual and respectfully subordinate. But that’s all. Maybe he’d got something from it that had passed me by. I wasn’t going to miss any of it; I’d saved money and planned my escape for the last 10 years.

‘What plans are these, then?’ he asked, almost mocking me.

‘Spain.’ I said; it wasn’t his business.

The lasagne lay on the plate like something melted. Though I left most of it, I had been glad to see it; I shoved my plate past my half-finished drink.

‘Goodbye then… and good luck!’

For the first time I saw a flicker of something in his eyes; a memory of pride. We shook hands, a last Masonic plea. He raised his eyebrows slightly in disappointed surprise, he’d been sure of me, I saw.

I was in my car, just pulling away, when he came out. There was no trace of a shamble. He was marching, shoulders back, chest out; his very soul on parade.