Do Have a Moffat Christmas...

and a Gibbous New Year.

I was between fashionable addresses. My topcoat had not kept the cold of the stone floor from my bones, although I had wisely spread its fraying cloth thereon before lying down to sleep. The landlord was aware that I had passed the night between the barrels in the cellar of the Sun and Sword. Samuel Bailey, perhaps alone of all Whitechapel publicans, was not tolerant of bug-hunters and mutchers in his tap-room. Whom better to employ to prevent the theft of drunken clients' wherewithal than one such as I? Having been obliged to feed myself by the exploitation of the insensible in the past, I knew how such things were managed. However, such thieves were considered even in the rookeries as being uncommon low. A man should keep his pride where and how he may, after all. Therefore I enjoyed the comforts of the publican's cellar in exchange for protecting his customers' interests and his own. Bailey held up a tankard as I passed through the tap-room, but I shook my head and made my way into Cable Street. 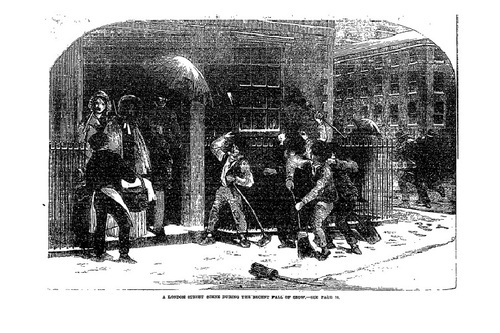 December snow covered the filth and cobbles. There was little light from the gas-lamps and the lighters would soon arrive to snuff them out, although dawn seemed no more imminent than the end of the world. My intention was to walk the four miles from Whitechapel to Vauxhall, to the Vauxhall Bridge Station, in fact. My pockets contained nothing which approached the price of a fare for the shortest of journeys, but I did not intend to leave the confines of the Railway Station. Many a gull and mark still made their way to watch the locomotives arrive and depart. Surely some day such diversions would seem as peculiar as they truly were. Nonetheless, I was thankful that their idle curiosity would ensure that the platforms and any thoroughfares leading to the station itself would teem with those with time and valuables to spare. Doubtless there would be hundreds of pockets to be rifled for watches, silver and whatever else might be found within. Or so I hoped. Besides, I had a particular commission to fulfil.

The man near knocked me to the ground when he bumped into me. I was distracted so I did not immediately grasp his throat and shake his clumsiness out of him. He was dressed like a gentleman, if one who had fallen on hard times. His clothes did not fit now, if indeed they ever had. He spoke in the manner affected by the very poor in the presence of their betters. The which he most assuredly was.

'Beggin' yer pardon. Are you quite alrigh'? My fault, 'course.”

He lifted his battered hat and made to move on, but since I had noted the appellation 'Sir' was absent, I declined to let him do so.

'Indeed it is you who are at fault. Where would one such as you be going in such a hurry?'

The gurgling sound he made in answer was unintelligible, since I had indeed seized his windpipe eventually. On his release he spluttered,

He coughed into a 'kerchief, whose colour might once have been white. He had not the look of a consumptive, but perhaps he had stolen the cloth from one who was, or had been.

I laughed, 'Peckham? Why would anyone go to Peckham?'

He took a deep breath and the little man's chest protruded like that of a pouter pigeon,

'In spite of hits reputation an' the custom of less worthy folk to say “All holiday in Peckham” and hintend to mean a state o' starvation, or at least a distink scarcity o' the comestible, I 'ave reason to believe that if I were to get to Peckham today I should 'ave expectations that somethink might almost certainly turn up.'

With that he lifted his hat and walked most briskly away, as confident as only the most deluded of optimists may be. I continued my journey towards Waterloo, aware that outwith some upturn in fortunes like the one so blithely presumed by the man so recently encountered, it would soon be “All holiday” with Alasdair Moffat. By which I mean to say, I was, if not at the very bottom, so close as to reach it with the very minimum of movement.

By the time I reached Southwark, I had pondered long over what my future might hold. An opportunity would have been as welcome to me as to the strange little man, with his peculiar speech at odds with his manner of speaking it. Of course, I could have entered the nearby Railway Station at Spa Road, but there was something which I hoped would provide a favourable circumstance or contingency that I might at last exploit. By now the dawn was long past, however the sky was iron-dull and I discerned the prospect of more of the damnable snow, which would, one supposed, discourage the faint-hearted from venturing out, say, to the Vauxhall Bridge Station.

I was sorely tempted by a glass of porter in the Elephant and Castle, but resolved to guard the meagre coinage left to me against any necessity later in the day. A young woman came out of the inn, leading, or being led, by a belligerent-looking cur of the breed I believed was known as the English Bull Terrier.

The woman's voice evoked the sound of Bow Bells if they had cracked in the cold of that bleak winter. It was not an entirely unpleasant sound. The dog would not leave the sweetmeat that it had found in the gutter. I did not, and nor did the woman, look too closely at what the morsel had been, but I imagined that she too hoped it had been something let fall by a careless butcher's boy. I felt an attraction to the woman. She did not look me in the eye, although she looked a sort of the boldest kind. Perhaps it was the purpling around her eye that she wished to conceal.

I lifted my hat,

'A handsome beast! Bullseye, you say?'

The woman swept away in a flurry of snow dampened skirts, calling,

Her smile was most provocative and I knew that I would have done her most handsomely, had I had the tin to purchase a little of her time.

I heard the bells chime the hour of 11 as I arrived at Vauxhall Bridge Station. The day was a little brighter than it had at first promised, but it was still uncommon cold and I would have dearly loved to purchase a hot potato from the skinny youth behind his hand-cart. Notwithstanding my earlier confidence, the concourse was not crowded. It was the 24th after all and it might be supposed that those wishing to visit their families in Hampshire or Dorset had made their way several days earlier. Such prospective passengers as there were most likely intended shorter excursions within the suburbial environs of London. There were others. Shiftless, shifty-looking fellows and night-walkers who, for once - and perhaps perforce – had ventured out during the daylight, much as I had. One of the new stalls selling newspapers and yellow-jacket editions of novels stood on the concourse, the last thing prospective passengers would see before making for their platforms. A lady stood alone, peering at the wares on sale in the most recently-opened branch of WHSmith and Son's enterprise. A tall and awkward figure, she appeared restless. Her attire bespoke a person of quality visiting London from beyond the Shires, perhaps from a large country property in the Fenlands. The clothes were clearly of great quality, but would have debarred even the most moneyed of beauties from fashionable society. The cloth was a uniform grey unleavened by any dash of colour, even the bonnet was as dull as unpolished silver. 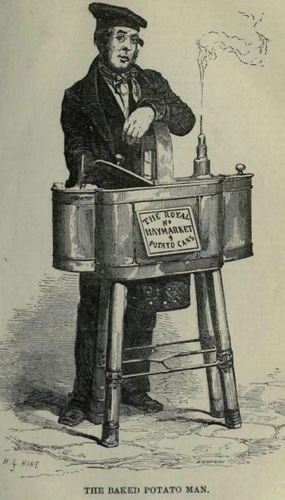 I watched her, intrigued. She appeared to be waiting for something, or someone. Her attention for the most part remained fixed on the various wares in the stall. However, she was unable to resist furtive glances in any and all directions. Several times I saw her eyes widen and the corners of her mouth tilt upward only to see her crest fall when disappointment dawned.

To be sure, I knew that this would be a difficult fish to land, but I had taken the man's money and would carry out his commission.  Some gambit or pretext for approaching the woman was out of the question. She would disappear the moment she sensed any kind of net. I tipped my hat,

She started, I could not believe that she had not been taken for a gull already.

'Thank you kindly, but no…' she said and made to move away.

I stepped aside, as if to let her leave,

'Please, madam, If I might enquire for whom you wait? A particular gentleman?'

This last brought her up short and I said,

'You are exactly as described by a certain party. Why, he might well have given me a portrait, madam!'

I did not think that the bow as I said it painted the lily, however her face flushed a little. In truth the pleasantry was not quite a compliment, but I was pleased she took it for such. She did seem to have some sense for she enquired as to whom such strangers as we might have in common acquaintance. The name I gave her was that of the man she had been expecting, of course. When I uttered said name, she became almost beautiful on hearing it, so, perhaps too baldly, I said,

'There has been a change of plan. Our mutual friend feels that you risk too much by elopement.'

The shock erased all pretension to comeliness on her face. I believed that she might faint, but she recovered herself before my arm came near to supporting any fall. I gave her the letter I had carried in my pocket for several days. She took it, turned it over in her hands and ran a finger over the cursive lettering which described her name on the vellum.

She looked me boldly in the eye and I wondered that she had fallen in with the man I knew from the stews of Whitechapel. Oh, he was a gentleman in fact and by birth, but not by deed or nature. No more than I.

'What has he written?'

I could see no harm in telling her, since I knew the contents. Her beau had read me the missive in its entirety over several libations in the Sun and Sword. The lady was to repair to her house, her lover would arrive on the appointed day at half-past eight precisely and they would be married on that day, without fail. She placed the letter unread in her reticule.

This last was true, I could not. I had no doubt that the information Compeyson had paid me to deliver would remove any expectations of happiness for the mistress of Satis House forever. 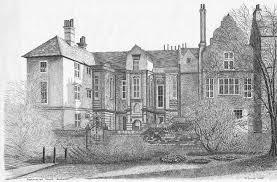