from 5 minutes ago. Well done to everyone who contributed, shared, tweeted, bored friends in the pub and forced relatives to consider doing the same.

I wrote this short story a while after I finished Gibbous House... Thank you Unbound for saving me from this fate... 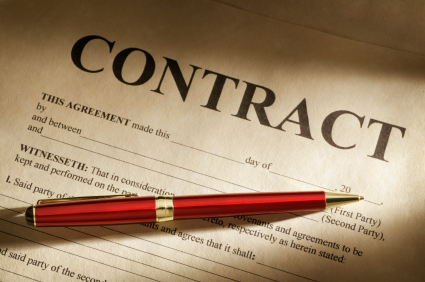 They...we...I, said the Spanish would never take it lying down. The smoking ban. Six months after the law came in people were on the terrace even during summer downpours, confident the rain would pass. And when it did, steam rose from the pavement puddles and mingled with the curling tobacco smoke.

I sat on the terraces too, just like I had always sat with the smokers when they were allowed inside. Not with, perhaps. Near. Near enough to gaze, without risking the accusation of staring. Far enough for the pencil to write the unreadable in a notebook.

It was an indifferent June day. Indecisive clouds played hide and seek with the sun. They would do so until burned away by the Andalucian heat. That day's terrace was Kanadien's, I had the seat beside the cigar-store Indian. Most likely it had never stood outside a cigar-store, but there was a Spanish equivalent, just down the street. An estanco, a sort of combination off-licence, tobacconist and news-agents. If it sounds familiar, it isn't, not really. The one down the street from Kanadien was owned by a retired bull-fighter. You don't get that in Walthamstow or Wolverhampton. The terrace tables were half-occupied. At about one, it was too early for the Spanish to be having lunch.

Pink-skinned northern Europeans predominated, although there were a few elderly South Africans sprinkled like wrinkled raisins in a cake. One of these, a woman aged about 60, had removed her thong sandals and put her feet up on the table in front of her. From time to time, the waitress placed and removed bottled San Miguel with a face as blank as the wooden Indian's.

The pencil in my hand had written three words in the last hour. 'Cerulean', 'piebald' and 'bread.' It wasn't even a convincing shopping-list. I tried to remember exactly when I'd stopped being able to write. It had been so easy, before. Pencil, paper, laptop, fingers: I could even write whole paragraphs in my head, and vomit them over the nearest blank sheet hours later. Now an hour could only produce a special offer from a Dadaist bakery.

So I was quite pleased when the man sat down at my table. Maybe I'd be able to write about him.

'I do beg your pardon. Do forgive the intrusion.'

No-one spoke like that. No-one had spoken with this man's accent since Muffin the Mule made his jerky-puppet exit from the BBC. He was, of course, English. He wore a hat, a Panama, in deference to the climate. His short-sleeved shirt was tucked into what he would have called slacks and it had the benefit of a regimental tie. He wore no jacket and you could see he was a little uncomfortable about it.

'Not at all. I could use the company.' I held up the pencil and notebook. 'Not doing much anyway.'

'A writer, that sort of thing?' he looked amused, although I couldn't say that he smiled.

'Can one stop?' His cool blue eyes crinkled, and maybe I'd amused him again.

'That must be very difficult for you.'

The waitress swept past with another San Miguel to place at the South African woman's feet. I asked my new-found companion if he'd like a drink.

I ordered myself a beer and shrugged at the waitress' raised eyebrow when I asked for his drink.

'I never touch alcohol. It's not true what they say.'

He was a thin man, his teeth were his own and a better dentist might have done something about the sharpness or the yellowed colour. His fingers were pristine, no tell-tale nicotine. Perhaps he found the company of smokers more interesting too.

We were quiet for a few moments. Not an uncomfortable silence, exactly. I felt I wanted to break it, but could not think of a thing to say. He looked at me, unblinking. When the drinks arrived, he took a swift gulp of his water, taking half the glass at one go. He wiped the back of his hand across his mouth.I caught his eye and he folded both hands in his lap. Then he cleared his throat.

'Do you have a favourite writer, perchance?'

'That's difficult... there are so many.'

'Sometimes we must make difficult choices. Say you'd had Goebbels's ear, and you could have saved one writer from the book-burnings. Would you save Mann or Kafka? Brecht or Hemingway?'

'I would never burn books.'

'Never say never, isn't that what they say?'

'Kafka, I suppose. Though he's no favorite of mine.'

'But that's precisely what I want to know, your favourite, of course.'

The man lifted a hand to peer at his nails. They were beautifully maintained if a little long, I wondered if he played the guitar. He saw me looking, spread the fingers and held the hand up between us, then made a strumming motion.

I shivered, and took a swig direct from the bottle.

'So,' he said. 'Have you published anything?'

I shifted in my seat, the plastic beneath my trousers suddenly uncomfortable.

'You must have been very disappointed, indeed.'

My beer was suddenly empty and I signalled the waitress for another round.

'What was it? May I ask? A chap-book. A play in blank verse?' The eyes crinkled again.

'A novel? Why that's splendid! Just what I'm looking for.'

His lips began to move as he started a smile before thinking better of it.

'It wasn't good enough before.' I said.

'I'm sure it was. You've seen what's on offer nowadays. Is it your fault if you are too good?'

He handed me a card. It bore only a name and the title Literary Agent. The name was Voland.

I turned the card over in my hand, asking myself why there were no contact details.

'You haven't even read my novel.'

He gave a dry laugh. 'Oh but I have, or one very like it. Besides, I know people. I know you. I can smell the kind of person I can work with. Oh yes, I can indeed.'

'Are you serious? You'll publish a book you haven't even read?'

'I have every confidence in you.'

'Oh but I do, one need only ask in a small town like this, don't you find, Mr Johnson? Or might I call you Bob?'

I needed to think. Published? Me? I could see the dust jacket, see myself with the Mont Blanc at Waterstones.

'As you wish, Robert. Only, forgive me. I'm only in town today, in fact I must leave very soon. So... I'm sure you understand.'

Here it comes I thought. He's going to ask me for a sum of money to facilitate the production and promotion of my book.

But he didn't. From somewhere he produced a standard contract form. It lay on the table between us. He did smile at last.

'Just your signature, that's all. I can make you famous, you know I can.'

I signed. We shook hands, his was dry and hot as a salamander's skin. I left the terrace wanting to be away. He grabbed my arm, his voice rasped.

'Of course it is,' he laughed as he said it.

Well done, Ewan! Really pleased for you! Looking forward to reading it now! All the best,
Mike

Bulganov. I think you made that up.

Really pleased for you Ewan! Need a book to read for the flight to Saudi!