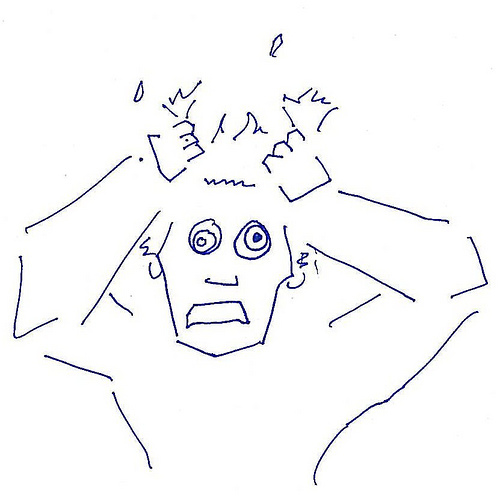 After much tearing of hair and other tantrums, Unbound's team have a final (hope so) draft to put into the pre-production process. Now, here at Unbound, everything was very civilised and although I felt daunted at the work required, I understood the changes requested and why they needed to be made. I understood them because Unbound consulted me.

Every year, a writing site of which I am a member publishes an anthology of pieces from the site which are voted into the book by members. I duly purchase a few copies every year of what is little more than a vanity project for those of us voted in (anonymously) by the members. So far so ... well whatever.

Anyway, I received this e-mail from the  "Editor" of the anthology after ordering my copies. Yes, you're right, the book had been proofed, typeset and printed before he sent me it.

Btw, I apologise for my change to your xxxxxx story. It was last minute. You may think the addition of 'xxxxxxx' spoils the point, but I honestly thought the end would be lost on many. Forgive me.

to which I replied

Yeah,
I do mind actually. Still... you know best. I wish you'd let me know, I would have withdrawn it. I think you underestimate people's curiosity -  as so many people do in the world of publishing.

I'm truly sorry then. I understand a bit of Russian, but many don't. It seems to me that people shouldn't have to look up foreign words to get the final point of a story. Also, more importantly, in this case, a reader wouldn't know there was a point at all.(I didn't until I'd read it a few times) - 100 pc sure on that, I'm afraid. I've found over 10 years of editing that a fresh pair of eyes see things the author simply can't. Believe me. I wouldn't have included it without the change sorry.

Now I realise that as editor it is his call on what goes in and what goes out, but my point is he should have asked first, not just made the change and gone ahead with publishing it. Then I received this, I had not replied in between times.

I always double - check myself when I make a statement. Looking at my previous post, I find I was a little harsh.;-) even unfair. However, I do not think the addition I made interferes in any way with the impact of the denouement g

Still doesn't get it, does he? About asking first I mean. Besides, all he had to do was say he'd decided not to go ahead with the piece. Especially since he claimed lack of time. However I was less than gracious with my reply, mea culpa.

Well, John, as the editor it is your unalienable right to refuse a submission. However, I would have preferred the opportunity to withdraw it, rather than be presented with a fait-accompli. Personally, I believe the ending will be much weaker for including the xxxxxx. It doesn't really matter if someone "gets it" or not. I know you disagree. However, you could have contacted me and I would have withdrawn it, both of us would have been satisfied and I would not be appalled at your discourtesy.

You'd have thought he might not have replied to that one, but he did. So I gave up. Something to think about then: when your editor suggests you change something, remember, it could be a lot worse. They might change things without telling you and you'll also be reading something for the first time when you see it in print.

good news about Gibbous House, bad news about vanity, especially when it's publishing, but I guess we're all vain enough to think we know best, especially when we do, after all we wrote the bloody thing. But I must admit I did notice a very poor sentence in Death of A River Guide. In fact it's not a sentence. I'd chop it, but then where do we stop? When people send me thing I just tell them I'll re-write it in my own image. After that keep what you want, ditch what you don't. Because really all writing is vanity. I can't claim to speak Russian. And I guess my English is pretty shit too. But I'm lucky. And that's better than being good.

Yes, I do think we believe we know best. Perhaps we don't. This business was over something in UKA's anthology this year. I honestly would have preferred to have the piece refused than have it included with an edit about which I had not been consulted. Come on, UKA's anthology! Does anyone read it other than family and very close friends? I'm really not happy that he chose to make such a significant change and didn't give me the opportunity to withdraw the piece. I know of old he's not someone to argue with, he really does know best, you see. He's told me so often enough.

Its simply a matter of professional courtesy of which he is clearly without!