Ain't Afraid of No Ghost

Pre-order
Autobiography | Film
The crowd has spoken – Ain't Afraid of No Ghost is happening. Pre-order your reward now.
$15
87 pledges

Get a signed, hardback version of the book with your name in the back among the list of supporters 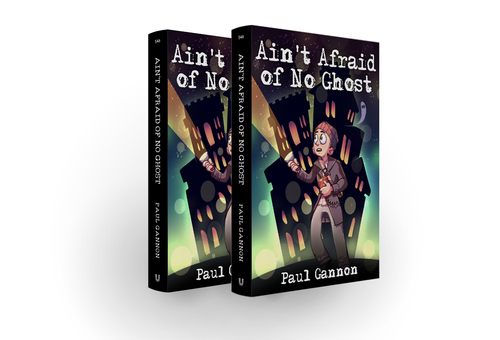 A audiobook recorded by Paul plus a signed hardback with your name printed in the list of supporters at the back.
Pre-order this reward
$65  + shipping
26 pledges

Audio movie commentary to all 3 Ghostbusters movies (maybe 4 by the time the book comes out) plus a signed hardback with your name listed as a supporter.
Pre-order this reward
$95  + shipping
21 pledges

Patron of the Arts

Your name will be listed in the the front as a 'Patron of the Arts'. A title you will now will be able to officially use for the rest of your life. Plus a signed hardback.
Pre-order this reward

Two tickets for an intimate live show (and meet and greet with Paul), plus an audio book, audio commentary for all three Ghostbuster movies and two signed hardbacks with your names listed as a supporter

The Wirral. 1984. Six-year-old Paul Gannon dragged his exhausted family to a screening of the movie Ghostbusters. That experience changed Paul’s life forever… and made the lives of everyone around him miserable. Obsessed with ghosts, ghouls and things that go bump in the night, he created his own teenage ghost hunting group, wrote demented stories about demons from beyond the grave and predictably dressed as a Ghostbuster every year at Halloween. However, like all childhood things, Paul’s days of spirit chasing soon vanished in a fog of GCSEs, student union debauchery and paying rent. 20 years later and Paul is lost, depressed and suicidal.

After countless hours of therapy, counselling and long dark nights of the soul, Paul was given a piece of advice. Maybe he should get a hobby. Maybe take up a sport? A craft? Donate some time to a charitable cause? He decided to go ghost hunting.

What began as an unusual weekend hobby soon spiralled into a weird world of believers, sceptics, paranormal tourist groups, supernatural theatre shows and wound up with a trip to the largest gathering of Ghostbusters fans in the world.

Ain't Afraid of No Ghost is a comedic tale of what happens when life and death collide via one man’s passion for a 1980s family movie. Paul isn’t shy about his love of Ghostbusters and how it informed his childhood and career choices.

It’s not all Ghostbusters however! Paul also examines the growth of geek fandom from niche pastime to mainstream phenomenon and how it’s changed in the social media age with social. Is nostalgia something to treasure or has it become poisonous and destructive?

The book will also look into the growth of 'paranormal tourism' and supernatural reality TV shows and how it’s become a hugely lucrative industry fit to fill with self important experts, con artists and eager believers.

When it comes to ghost busting, Paul has seen all sides of a fascinating, bizarre, sometimes taboo, but importantly, also very human experience. In Ain't Afraid of No Ghost Paul asks why do we continue to look for life after death? What compels people to spend hours in the dark hunting for frightening spectres? And why is the Ghostbusters logo facing the wrong way? P.s. the cover artwork is by the amazingly talented @Vorratony. 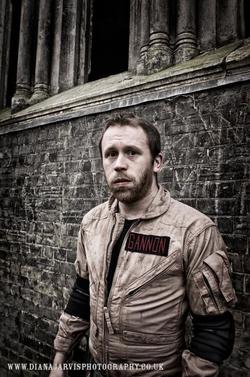 Get a signed, hardback version of the book with your name in the back among the list of supporters