Ghosts In The Machine 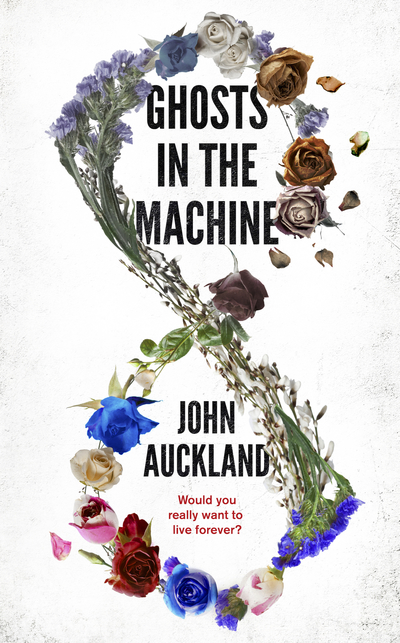 Fiction | Sci-fi & Fantasy
You made Ghosts In The Machine a reality. It's available in all good book stores now.
$7
62 pledges

Early bird price for the first 10 pledgers. Ebook edition and your name in list of Super Patrons in the front of the ebook

A fancy lunch in central London with the author where you can talk about death and eternal life, or just share pictures of your pets.

A character will be named after you, and you will be given a bespoke letter from the author inside a time capsule that you can leave behind for future generations. Plus everything from the Super Patron level.

A short sci-fi story written just for you, about a subject of your choice and starring the people you know. Plus everything from the Super Patron level.

At some stage in your life you’ve probably considered the possibility of living forever. But can you imagine the impact a cure for aging would have on the population? What would we really do if we discovered the secret to eternal life? These questions run throughout Ghosts in the Machine, – speculative fiction that spans the genres of sci-fi and human interest.

Ghosts in the Machine is the story of Angela, a successful businesswoman who has an overwhelming fear of death. Her anxiety is so strong that it drives her towards a ruthless career in the pharmaceutical industry, where as the CEO of a global organisation she diverts much of the company’s research budget towards finding a cure for aging.

Angela discovers that she has terminal cancer, which forces her to consider her legacy. To leave her mark on history she creates a Nobel-style prize fund in her name and also donates some of her healthy eggs to a couple who are unable to conceive, leaving behind a video diary and her fortune to any offspring they produce.

Her daughter Marie continues Angela's life work until she is forced to face the reality of a world increasingly crowded by an aging population. Marie uncovers a shocking plot by the world’s elite to reduce the global population and puts her life on the line to fight them. In turn, they will stop at nothing to find an aging cure and secure their eternal playground.

Meanwhile, the decay of the human race continues, in a dystopian landscape that Angela has helped to create. The immortal remnants of humanity, who are mad from having lived too long, must attempt to stop the aging cure from ever being found.

Ghosts in the Machine explores the human conditions of death and aging, and in doing so responds to a terrifying thought – what happens if we actually find a way of living forever?