From Far Around They Saw Us Burn

From Far Around They Saw Us Burn

We are the children of Cavan.  Do you know of that place?  It is a border town, betwixt and between, a place of cross roads - and yet strangely few pass by there.  The land around is low and sodden, a place of scrub and straggly pines, lanes and paths leading nowhere.  The damp comes up through the soles of your boots and clots in the lungs.

The town of Cavan itself has a wide main street of many fine buildings and yet it seems the sun never shines at an angle to touch the stonework there.  Walking the main street, you pass the Central Hotel, the Farnham Arms, Fegans the Draper and Sullivans the General Store.  And then, of course, the Convent buildings and the orphanage.

Those buildings are there and yet they are not.  For that place is never opened up, the nuns being a closed order, so though the many windows face onto the street, the glass is opaque and obscured by bars.  We orphanage girls are never seen except when we go to the cathedral for mass.  And should you ever have cause to knock, the nun who unlocks the door will keep to the side so that you may not see her, for that is the way of our world.

It was the Sullivan family who knew of it first.  Sitting up late in the kitchen over a game of penny poker with some of their staff who lived then on the premises, as was the way at that time.  And Louis Blessing was there, he that was famous for playing football, for he was gone on Cissie Reilly as worked the grocery counter.

Over the road in Fegans, the drapery store, yet others were still awake.  A group of young men returned from a badminton party, lying several to a bed, laughing and joking yet.  The streets lights were off, the last Garda foot patrol was back at the station.  The only man abroad was James Meehan, the taxi driver, who arrived at the Farnham Hotel.  Later he was sure of the exact time.  Ten to two.

Then come two o’clock that party at Sullivans broke up. And then it was that Cissie Reilly stood up from the card table and walked over to the window, pulled back the fringed velvet curtain, looked out into the yard to see what weather they might expect the following day.  For Sullivans, you see, was next door to the Convent and overlooked the orphanage.

At first Cissie thought it was a low mist she saw.  Others crowded next to her to give their opinions.  The night was clear, with no sight of stars but a high, ragged moon with shreds of cloud racing past it.  All were agreed.  It was smoke, smoke, pumping out of a vent in the orphanage wall.

In the Sacred Heart Dormitory we orphanage girls felt it first as a settling of boards, the scraping of a hinge, a sound like a yawn, a taste of ash at the back of the throat.  But we were feared to get up.  Many a night we had lain there needing to relieve ourselves but too frightened to go to the pot.  So though we heard Mary Caffey’s footsteps go to the cubicle to get Miss O’Reilly, still we lay rigid in our beds.

The building was without light, only the moon slanting silver at the windows.  Yet we heard Mary’s feet go pat-pat again down the wooden stairs to the first storey, along the corridor, up another flight of stairs to the cell of Sister Felix. Then a harsh noise broke on our ears, drilling into the restless night.  It was the ringing of the doorbell at the Covent, a sound we did not oft hear.

And this was a long ring, then hardly a moment of silence, then another long ring, followed by many short jabs at the bell.  So that then some of the girls who were close to the windows pulled themselves up on their beds so that they might see out.  From the laundry, they said.  That’s where its coming.

By then some of us older girls had gone into St. Clare’s dormitory across the corridor, or even downstairs to Our Ladies.  You would never generally have done such a thing but by then it was not just the bell ringing.  Also from outside the gate came shouting and a blunt thumping.  You might have thought it was the sound of a fist slamming, or a foot kicking, and perhaps at first it was.  But soon we knew that it must be an axe which was splitting the door.

Suddenly the lights came on and we all stood blinking in our white night dresses, standing between the six rows of iron beds.  There was Veronica, Bernadette and the Cassidy girls.  Mary and Susan McKiernan and also Mary Lowry who wore a gold cross around her neck.  She had it as a prize from the Bishop for she had a calling, was soon to become a nun.

Those up at the window whispered the news back to us.  They saw Sister Felix with a key which she gave to Mary Caffey.  Surely it was the door to the main entrance of the Convent?  Then another noise – raucous and jaunty.  A car horn - bleeping in short bursts again and again.

Later it was recorded that it was Cissie Reilly as started the banging.  For how else could they wake the sleeping nuns and alert them to the danger?  Then the man from Sullivans, John McNally, was kicking with stout boots.  Until those young men from Fegans drapery came, them who had returned from the badminton, who bought an axe to smash it in.  Some said it was five minutes they were there, others more like ten.  But they could not get in.

Louis Blessing, the football player, he had run up the road to the Garda station to raise the alarm there.  As he came running back, he found James Meehan, the taxi driver, who had been sleeping with his head on the car wheel.  Louis shouted at him - drive down the car down, drive it down.  So Louis got into the passenger seat and they drove down together.  Louis said - blast the horn, blast it loud.  But James, still half asleep, did not take his meaning so Louis leant across and pressed on the horn again and again.

When the taxi pulled up outside the Convent gate, Louis said - quick man, quick.  Drive on now.  Get your foot down.  To the house of Mr Monaghan.  Surely he will know how we can enter the building.  That he said for Mr Monaghan was the Convent’s farm steward and so was one of the few that came into those buildings.

But then it was that Mary Caffey finally got the lock turned and the door of the Convent was opened.  She waved her scattered arms then in the direction of the laundry but John McNally was having none of that.  Get the children out.  Do you not see?  The fire is spreading.  He spoke then to a nun but she said - no, no, no.  He must go in the laundry first.  He said then - give me the keys.  But she had not any keys.

John McNally looked up at the building, a place he had seen oft before through the windows of Sullivans, so he knew what a maze it was.  A knot of staircase and corridors, inside and out, wooden and metal.  How might you find your way in or out?  Yet he could see the fire escape which was up on a wooden landing outside the upper dormitories.

Some others said to him - we will try the fire escape, you see if the laundry door will give.  But a nun said - no, no.  Come down off there, it is the fire in the laundry which must be put out.  So then a group of them ran to the laundry door but it was still locked.  The nuns said – no, no, you must wait for the key.  But the men knew better and kicked it in.

Still the nuns did not want anyone up the fire escape but Louis and Cissie went up anyway.  Yet at the second floor they were stopped by a locked door into a classroom.  Louis kicked at it, then tried to climb around it, but it would not give.  They went back down to find something with which to break it in.  All this was said later when the enquiry came.

A first edition hardback (240 pages), with decorated endpapers and head and tail bands, signed by Alice.

You and a friend are invited to the launch party of Alice Jolly's short story collection. Venue tbc.
LIMITED TO 20. 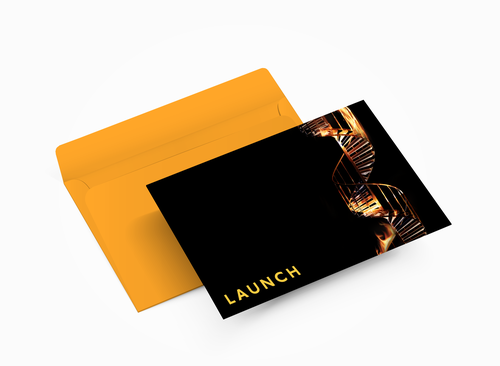 Pre-order this reward
View all 6 rewards