Free Loaves on Fridays: The Care System As Told By People Who Actually Get It

A powerful anthology of stories, reflections and letters by care-experienced people 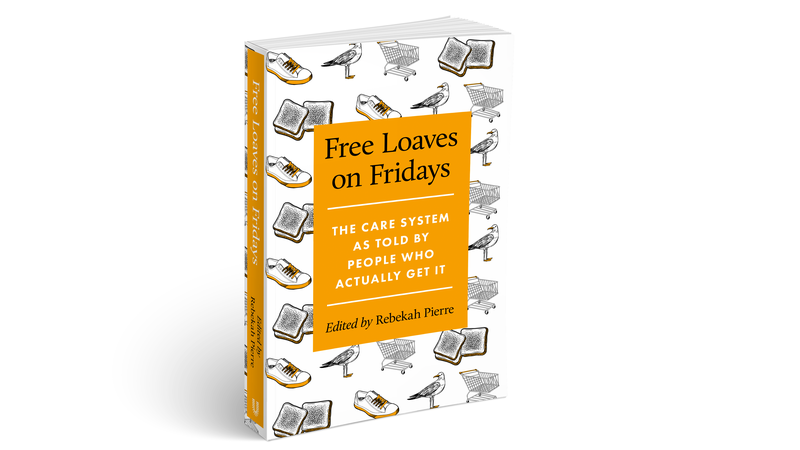 Campaigns
The crowd has spoken – Free Loaves on Fridays: The Care System As Told By People Who Actually Get It is happening. Pre-order your reward now.
FEATURED REWARD
$35  + shipping
128 pledges

Receive a paperback copy of the book signed by a care-experienced contributor with your name in the back among the list of supporters.

Receive a paperback copy of the book with your name in the back among the list of supporters.

Receive two paperback copies of the book signed by Rebekah Pierre with two names in the back among the list of supporters. 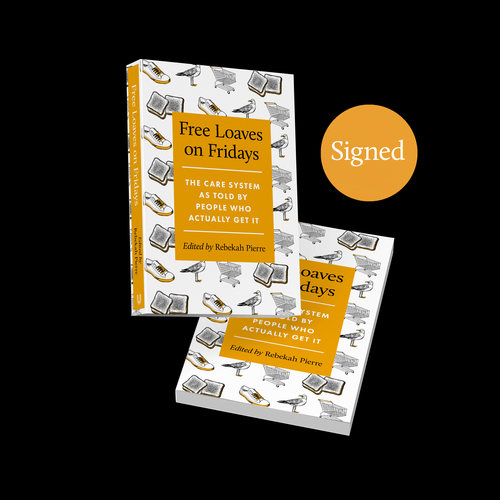 Support this campaign by pledging for ten signed copies and up to ten names in the back among the list of supporters. Every copy sold takes us closer to our target. 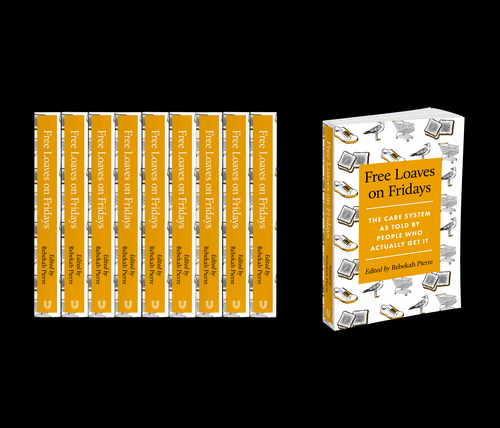 Can you help to fund this book? Perhaps you could buy 10 or 20 copies of the book for your organisation, or book Rebekah for a speaking event? Get in touch and let us know - cassie@unbound.co.uk
Pre-order this reward

Help us to fund this book. You'll receive 10 signed copies of Free Loaves on Fridays and a special thanks in the book. 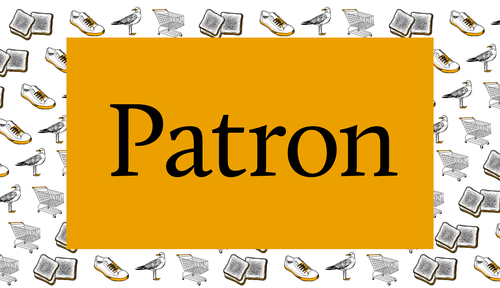 No two paths through care are the same. Free Loaves on Fridays is an anthology of stories, reflections and letters by care-experienced people, which explore their diverse lives.

The book's editor, Rebekah Pierre is launching an open call for submissions to the anthology. If you were in care for any period aged 17 and under, and want to help change the public's understanding of what it means to be care-experienced, we would love to publish your words. Find out more and send in your writing by 15 January 2023: Free Loaves on Fridays - Submission Guidance.

When I lived in a hostel as a teenager in care in a Northern coastal town, we would receive free loaves on Fridays from the local bread factory.

It was always thick-sliced white – plain, simple, and loaded with cholesterol.

Not that I’m complaining, of course. Because as someone who was quite literally living on the breadline, that loaf was like gold dust in times where hunger was a close companion. If anybody had bothered to ask me, I might have preferred a crusty baguette or something like that (artisanal sourdough hadn’t made it up to the North of England in 2009).

And not just because of the taste. Unlike its less sophisticated cousin, a baguette doesn’t need to be toasted – so on the days you can’t afford to top up the electric meter, you can pretend, at least for a bit, that things are normal.

But the thing is, we didn’t get a choice. Instead, like ducks in a pond, we were given whatever was left. Thick-sliced white: take it or leave it. And we couldn’t afford to leave it, because that loaf was the substance of 7 meals on a bad week.

The care system has a terrible reputation – and by proxy, so do those of us who have lived through it. Headlines written about us (yet without us) entrench stereotypes - either we are viewed as objects of pity, or as troubled individuals, with no room for nuance. The media dominates the narrative, leaving care-experienced people with nothing but the crumbs.

And crumbs of only a certain kind, at that.

Looking back, I existed in a parallel universe to the likes of Rishi Sunak, who, earlier this year, told a journalist that he has a ‘whole range of different breads’ in his house to cater for the tastes of his family. For the record, the context in which this conversation arose was the cost of living crisis. Talk about out of touch.

As a teenager in care, I was given the scraps society begrudgingly doled out. This has not changed; care-experienced individuals remain an afterthought. I wanted to bring this anthology into being to centre our perspectives in a world which at best forgets, and at worst deplores our existence.

For those of you not familiar with what "care-experienced" means, it is a term used to describe anyone who couldn't live with their family for whatever reason when they were under the age of 18, for any period of time. The anthology will also welcome submissions from those who were care-affected. That is, those who had a social worker or other key worker concerned with your safety and wellbeing at some point.

This anthology aims to challenge the sliced-loaf mindset. It is a safe space where care-experienced people can have an element of choice, if not about bread then at least about the way our stories are told. As a community, our voices are easily lost and forgotten.

This anthology aims to give voice to a diverse group of care experienced people, seeking perspectives of those who represent intersectionalities of race, age, culture, ethnicity, LGBT+, disability, gender, and other differences which may be unseen. No two paths through care are the same – in this anthology, experiences include foster care, adoption, kinship care, and semi-independent living amongst others.

In the wake of the independent review of children’s social care in England – dubbed a ‘once in a lifetime opportunity’ – the time for care experience push back is now. It is our voices - not pen-pushers who write policies from the comfort of their Ivory Tower - that ought to be heard.

The government may look the other way when it comes to care experienced lives, but we have faith that the public will not. In this series of accounts, we invite you to be allies (in-fact, we have a whole section written by children on how best you can show up for us).

But it may not be what you are used to.

We want to show you how there is a spectrum of joy and sadness, of laughter and tears, and light and shade in our lives. That sometimes, love and loss walk side by side. And that the bread tastes so much better when it is of our own choosing.

Receive a paperback copy of the book signed by a care-experienced contributor with your name in the back among the list of supporters.

Receive a paperback copy of the book with your name in the back among the list of supporters.

Pre-order this reward
View all 6 rewards