One of the Queens of England! 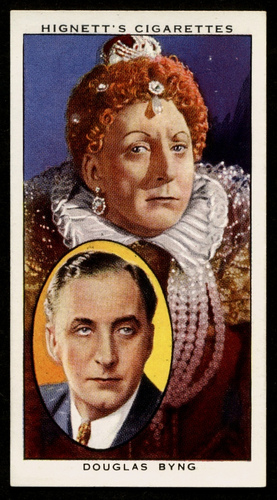 May is a rather merrie month in the world of great comedy. It's packed with anniversaries of the births of great, celebrated, comedy talent. Sid James would have been 102 a week or so back. Phil Silvers would have turned 104 on 11th May, and 12th May would have been Tony Hancock's 91st. Stone me!

As for me, I've been happily wallowing in humour as usual. The Museum of Comedy continues to pay host to my monthly interview show. Since last we spoke, guests have included Terry Jones, Michael Palin, and Liz Fraser, and on Sunday the 31st May I'm requesting the pleasure of Mark Gatiss. Special stuff, indeed! Keep an eye on robetross.co.uk or Twitter: @RobertWRossEsq for further details.

Still, myself and valued supporters continue to bang the drum for 'Forgotten Heroes of Comedy' so please don't think we have forgotten those comedy heroes. That would never do! We are nearly at the half~way point now, and we must press on! For my part, I'm still relishing work on the book.

As with many of those legends from a bygone age, I had a tenuous link with this particular turn: Brighton's other favourite son, Douglas Byng. The pioneer of drag revue, everyone from Danny La Rue to Paul O'Grady owes him a debt of gratitude. Outrageously gay in the roaring twenties and beyond, Byng could count Noël Coward and Cole Porter as admirers. He always maintained he was bawdry but British, and it was a long and gloriously decadent life. So, if you want to know more, please pledge, pledge, pledge again, and tell your friends. The book will make the perfect gift and, talking of which, it's *my* birthday on Sunday the 24th. Go on. It's far less fattening than a slice of cake!