BAZ AT THE MUSEUM OF COMEDY 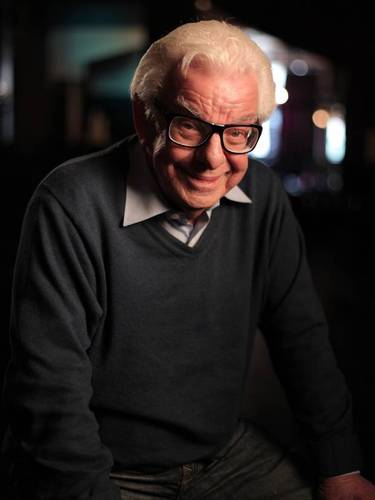 Friday the 11th July 2015 marked the anniversary of the birth of Terry-Thomas. The dear old boy would have been 104 years old. Alas, he died a quarter of a century ago. Hard Cheese, indeed, but he is still a valuable part of what defines being English. For me, at least. And, it seems, for many. When I tweeted a photograph of the great man ~ as is my wont in celebration of a particularly beloved comedy hero on their birthday ~ many affectionate comments and retweets resulted. One struck me though. The mighty T-T was described as "unsung". God! Really? If T-T is considered unsung, what of the Forgotten Heroes in the book you and I are eagerly waiting to hold in our hands?

It reminded me of Barry Cryer's comment in the Unbound promotional video for 'Forgotten Heroes of Comedy'. It concerns Kenny Everett who, as Baz revealed, had been the subject of a retrospective at the Bristol Slapstick Festival. Following the collection of clips, some young Kenny Everett converts approached Baz; in gawping awe of this comic genius they had never heard of. Never heard of Kenny Everett! Boy, will they get a surprise when they read 'Forgotten Heroes of Comedy'. A nice, jolly one, of course! Although my Museum of Comedy show, Robert Ross Requests the Pleasure... is not simply a drum-beating exercise for the book, my guest on Sunday, the 26th July will be none other than Barry Cryer. He has been massively supportive of the project from the outset and, at over 50% funded now is the time to really push your friends and family into pledging for the book. Go on. And please do come along and join us at the. Museum of Comedy. I'm sure we'll be persuaded to chat about Arthur Haynes and Ray Martine, for a short while at least!