Celebrity culture is rife but the best stories belong to ordinary people.

Andy Warhol died on Feb 22nd 1987. Thirty years on he's still inspiring artists of all kinds, from music videos to fashion designers, to little writers like me. When I was researching this book I found out that he used to misquote the famous for fifteen minutes line at every opportunity, it was as if he couldn't believe that he was more famous for a quote about fame. When asked about it, which he often was, he'd say things like in fifteen minutes everyone will be famous or the future will be famous in fifteen minutes. People don't often give him credit for his humour but how could the creator of the Campbells Soup Cans not be considered to have a sense of fun?

There is some doubt as to whether he said it at all. An article in The Smithsonian in 2014 suggests the following origin -

The original quote seems to trace back to a 1968 brochure Warhol distributed at one of his exhibitions in Sweden. But, according to art critic Blake Gopnik, it could have been Pontus Hultén, a famous curator in Europe, who coined the phrase. There are other claimants, too, including painter Larry Rivers and photographer Nat Finkelstein. Finkelstien insisted that he made the remark in reply to a comment that Warhol made about everyone wanting to be famous, quipping, "Yeah, for about 15 minutes, Andy."

There have been lots of references to the quote since, in 1989 Warhol's friend Bowie wrote the line Hey Andy, where's my fifteen minutes? for Tin Machine. Banksy appropriated it for his TV art In The Future Everyone Will Be Anonymous For Fifteen Minutes and Marilyn Manson gave us we're rehabbed and we're ready for our fifteen minutes of shame. Incidentally, how much would Andy have loved Bansky and Manson?

Warhol even had his own chat show, which ran from 1987-89 on MTV, called Famous For Fifteen Minutes. The title and format was copied by Channel 4 for Friday nights.

And now - there's me! Which brings me to the reason for this missive. I know things have been a bit quiet of late but it will be soon my pretties. The book is in the proof reading stages and hopefully there will be lots of news in the next few weeks. Thanks for your patience and for making this project a reality.

This book will be famous in fifteen futures. 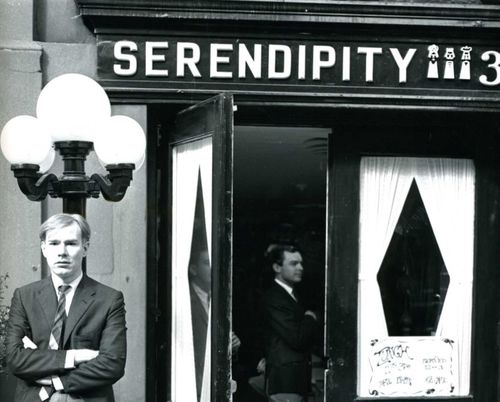 15 minutes should be enough to get you some serious sales!