Celebrity culture is rife but the best stories belong to ordinary people. 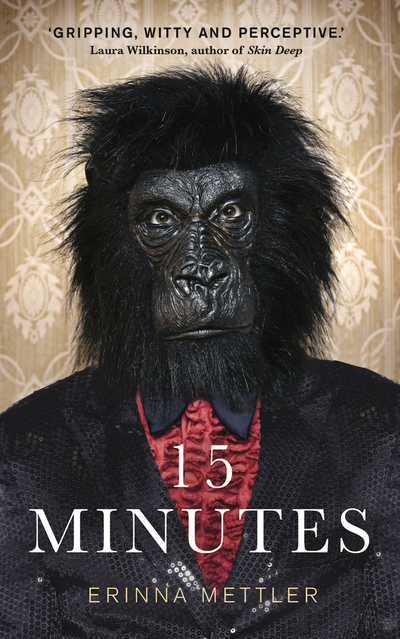 Fiction | Short stories
You made Fifteen Minutes a reality. It's available in all good book stores now.
$8
158 pledges

2 tickets to a Rattle Tales show in Brighton (and a bottle of wine on your table) plus 2 copies of the ebook.

Only 5 available. Over 18s only

Erinna will make an appearance at your book group in person to talk about the book. Available around Brighton or the South East (or on Skype if further afield)

Copies of the ebook for your group (up to 10)

All day (10am – 4pm) hour short story workshop in person. Up to five people, Brighton or South East area

4 sessions of one to one mentoring with close editing of up to 5,000 words per session, with face to face, email or skype feedback. Plus everything at Launch Party level.

In The Future Everyone Will Be World Famous For Fifteen Minutes is, of course, Andy Warhol’s (often mis-quoted) 1968 prediction about celebrity culture. This short story collection is about fame and how it affects ordinary people; the need for it, the obsession with celebrity, the missed chance, the chance encounter.

In most of the stories the famous have only a bit part in the tale of an ordinary individual, existing just outside the action but still influencing the outcome. We get the story of a tramp in New York on the day John Lennon was shot, a doctor remembering a childhood visit to a Muhammad Ali fight, a woman’s obsession with Harry Potter following the death of a child. Some of the stories are more concerned with the personal need for widespread attention. Some feature invented celebrities.

These stories are modern, experimental, cinematic, moving and always thought provoking. Almost all genres are represented; there is literally something for everyone.