It's growing dark. Rain is singing on the roof. The chimney sweep came, so I've a log fire burning, and soon I wish to sit beside it and read into the evening. The house is quiet with sleeping creatures.

I've been painting, working my way tentatively back into work. An idea has grown for a new pledge point as Feather, Leaf, Bark & Stone shapeshifts towards completion. I am making small pieces of artwork to become seven postcards, only available through the 'Special Edition' of the book. The first of these is this. 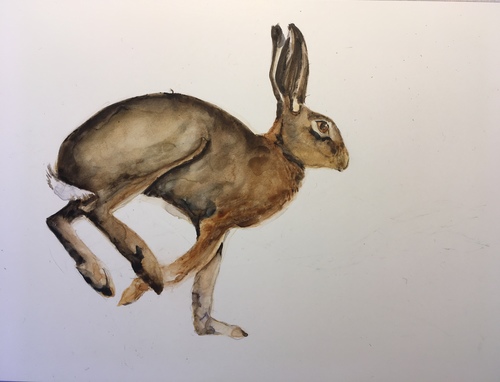 Perhaps the second is this, but I am not sure if it sits in the eye quite as I wished., but maybe I just need to look again. 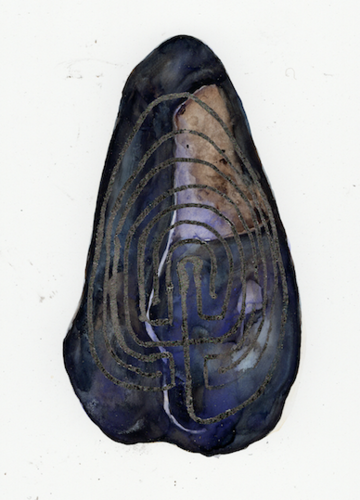 It is a painting of a stone. The stone now has a gilded labyrinth on it and I hope to take it somewhere, leave it, back out in the wild. It came from Abereiddi. Perhaps I will take it back there. 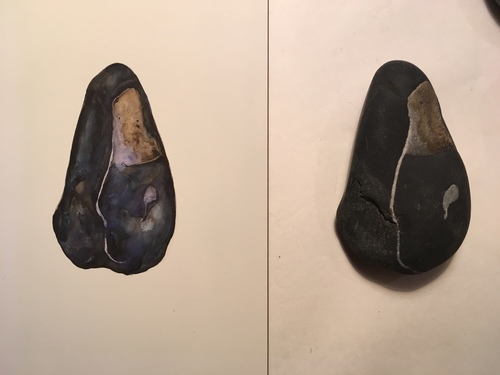 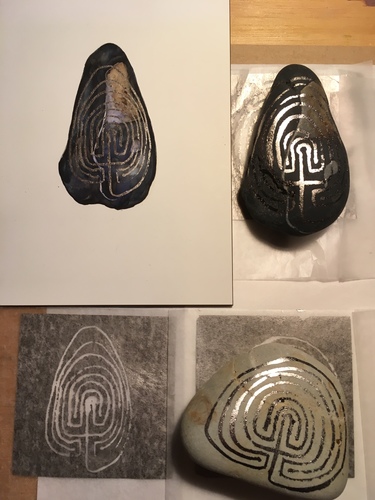 I've a collection now, waiting to go, some on the beach, others up the hill, some in water, because the water somehow makes them more beautiful. 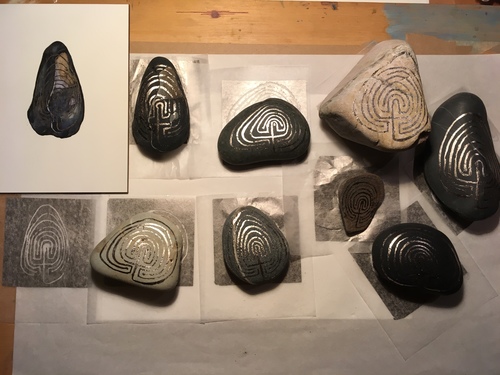 Today I walked to the high hill top with dogs and cats, and good company. A raven came to talk, effortless in its flight, so vocal. I visited two stones that have lived out on the land for a while. They are nestled in to the hill, and the elements have played with the gold to make it more beautiful. The skies have been wild with rain and hail, snow on the hills. 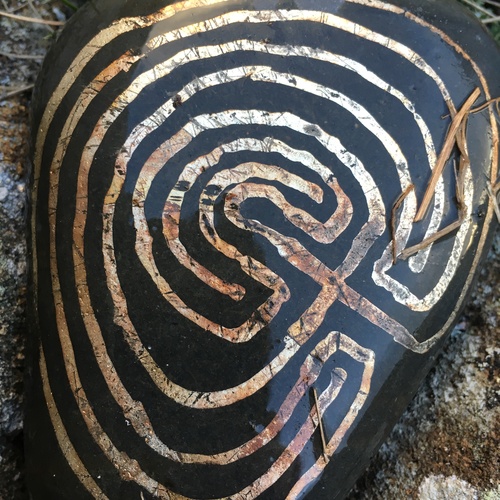 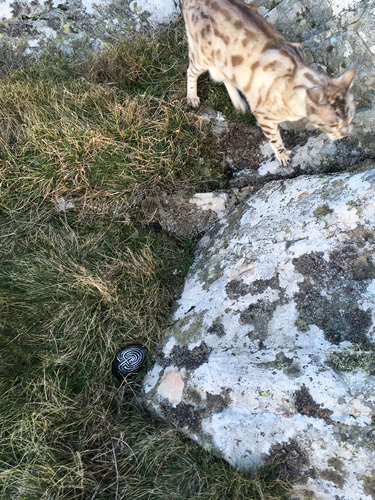 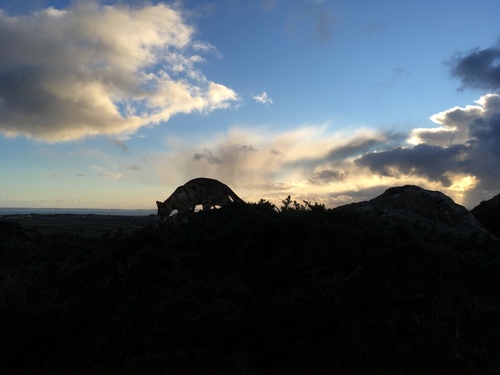 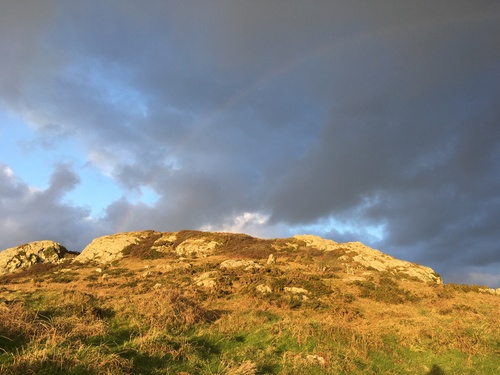 Meanwhile, I was given a copy of Piranesi by Susanna Clarke for Christmas. It had the flavour of The Starless Sea about it, and now that I have finished reading it I miss my time spent with the Beloved Child of the house and I know that I will return, in dreams, in time, in space. It enchants, beguiles, casts a spell. 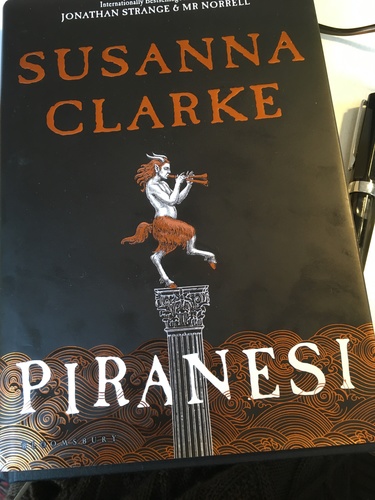 Time to seek for the next book now. I would do a blog post of my favourite reads of the year, but I have given them away. The Starless Sea by Erin Morgenstern is right there on top of the pile though, and I love that Piranesi is also one of her best reads of the year. Time to go sit by the fire in quiet, with the sleepers. New pledge point will be up soon.

I've endpapers to paint also, for East of the Sun, West of the Moon and for The Wild Swans, both of which are to be relaunched into the wild by Unbound in this year of 2021. Two Wild Tales. So much work to do, but at least I can be home in my studio, walking with cats and dogs, while ravens call me home.

Wonderful, wonder-filled and wonder-fuelled. I see the figure of a woman obscured/sheltered(?) by the labyrinth in your new stone... it seems to need to be seen without being viewed directly if that makes sense?! Powerful. Thank you

In the midst of it all these glinting bits and old ways make my heart happy and eyes leak. Love and grateful ✨