The Evolution of a Book

The special edition of The Unwinding is in the post at the moment, travelling to the winner of the draw. It will live in the Netherlands, and I cannot tell you how disappointed I was to have to fill in a customs slip for it as its journey will cross into our 'new' relationship with Europe.

These are hard times we are living through. I was supposed to be working next week with the Spellsongs group, in a house in the Lake District. The organisers at Folk by the Oak had worked so hard to ensure that we would all be safely bubbled in the house, but it was collectively decided that although we could gather, because it is work, it was best to delay, postpone, in the current climate. So utterly disappointing as yet another beautiful thing was cancelled. But we will gather, when we can, and meanwhile work together, appart. And it does mean that I am home in my studio, working and have turned my mind back to gathering up the leaves and progressing with this book that began on instagram as 'Leaf Thoughts', became 'The Space Between' and is now changing its name again. 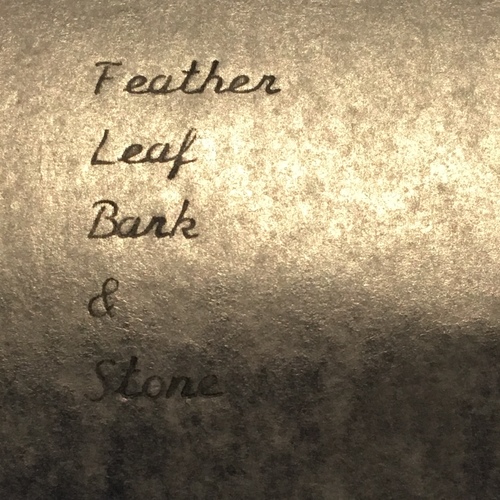 Feather, Leaf, Bark & Stone. After this update is released I will ask John at Unbound to rename the project for me.

I've been playing with the new kid on the block too. My very beautiful and good friend, Fran, saw a typewriter in a charity shop in Cardigan and bought it for me. I will let it introduce itself. 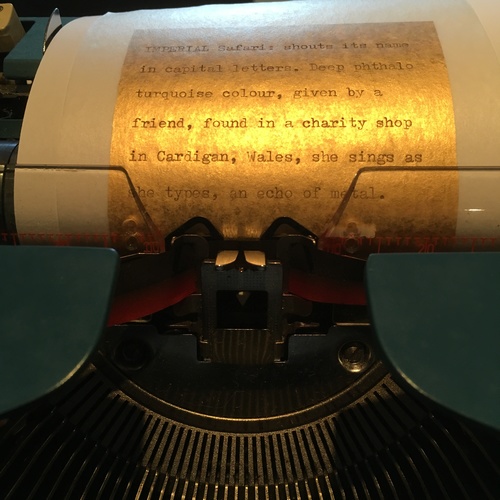 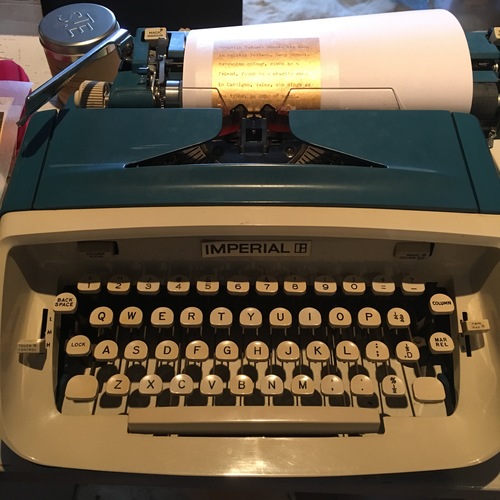 Already I have lost the manual which came with it, and really need to find it as it does all kinds of crazy things, including writing in columns.

I've been typing on feathers again, and need to ask Charlotte for some more of these smaller swan feathers. Dwelling on folklore and thin places. 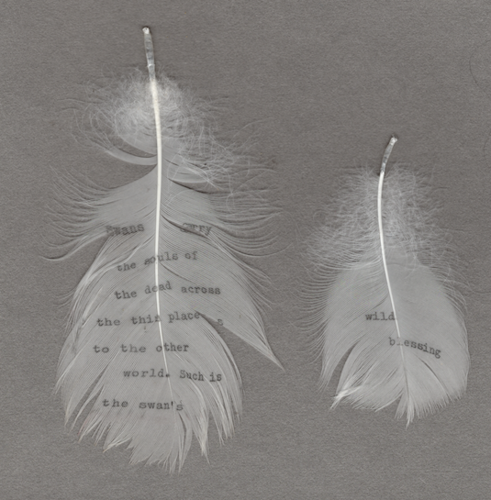 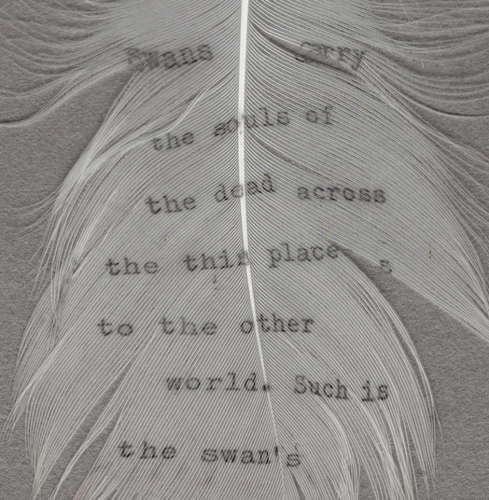 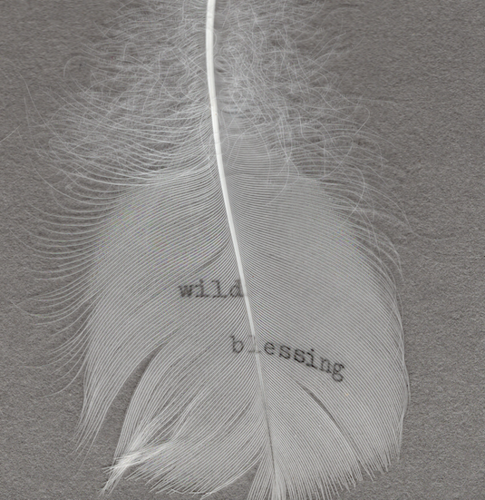 I've things to do. I need to organise the pages, write some more, edit, hone. But most of all right now I need to paint.

If you know anyone who works in the NHS, please hold them dear. They are the best of us. They deserve all our respect, from the cleaning staff to the nurses and doctors on wards.

Below is my way of saying Happy New Year. 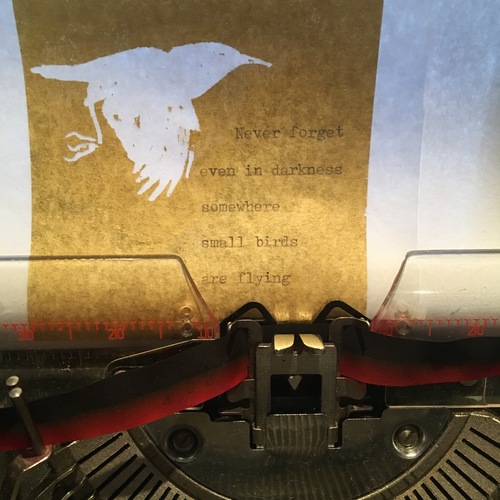 Jackie i love your work. I met you at number seven, Dulverton for The Lost Words launch! I read Mrs Noahs pockets to the children I look after. They love it. Keep on writing and illustrating, it keeps me smiling!! Bernadette

What a joy that typewriter looks. So many modern things are not beautiful or even attractive . There was such craft in older made objects.
Your words and work are uplifting and good to know that other people feel the same about brexit and so on. I am looking forward to another book from you, and wish I had such skill and creativity. Bless you .