Volcano in the back garden

Many UK dwellers have begun to learn of the existence of the island of La Palma over the last few weeks as the images of lava flows were beamed over the airways by the media. The sight of houses being devoured by lava is dramatic and spectacular but it takes on a whole different viewpoint when you know the people who have lost everything. 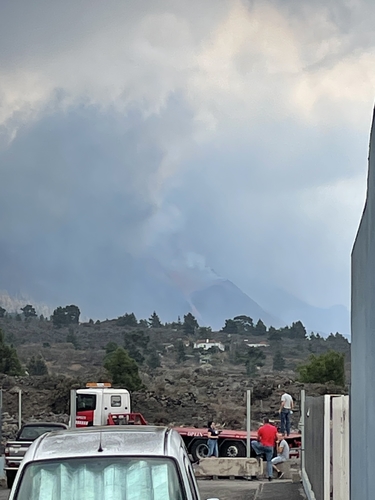 Even my work colleagues often get confused between Las Palmas, the capital of the island of Gran Canaria, and Palma de Majorca, a city on the island of Majorca in the Mediterranean. However, La Palma is a separate island in the northwest of the Canary Islands. It’s quite a small place, 18 miles wide and 30 miles long, with a population of about 85,000. 6,000 people evacuated is 7% of the population.  La Palma has been my home since March of 2007 when I relocated here from the UK after being made redundant from my job at the Daily Telegraph.

Our journey here to the island was quite eventful and you can find more on that in “The long road” but today I would like to talk about how I came to make La Palma my home. I first visited La Palma in 2003 when we came on holiday here, but Helen had lived on the island for 2 years and visited many other times working for the Royal Greenwich Observatory. We were going to stay with Sheila, an old friend of Helen’s from her observatory days.

I fell in love with the island the minute that I stepped off the plane and looked across the airport tarmac up at the tree-lined central mountain ridge of the island and just went, "WOW!" Over the next few days, my desire for the island grew and grew. From the lush forests of the northeast to the volcanic desert of the south, La Palma had it all. 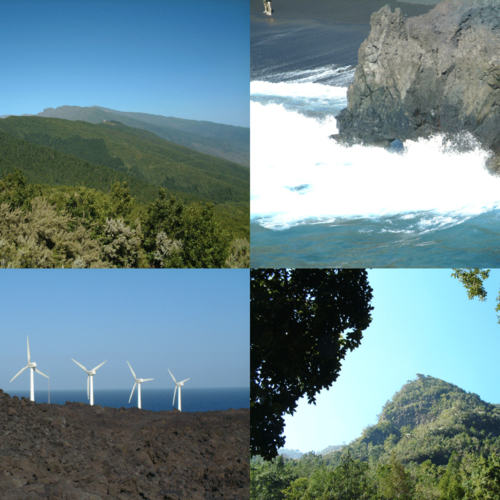 Whilst on a drive around the north of the island we stopped by an old house that was crumbling and slightly worse for wear, but the view even on this dull, drizzly, overcast day was stunning. "I'd love to live here," I said as I took a photo of the scene. 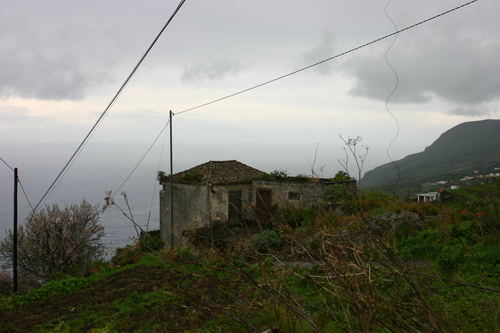 I never imagined that in about 5 years time I would in fact be living in a house just 2 doors further up the hill on that street. The latter third of Falling Upwards deals a lot with my time in La Palma and how I adjusted to life in a foreign land. Initially, I went “stealth.” In trans circles, this means that I didn't divulge my medical history to anyone who didn't already know. Gradually as the world began to shift towards a darker path I was compelled to step out of the closet again and I became involved in the local LGBTQ+ organisation, Violetas.

Please remember that Unbounders is a crowdfunded publisher and in order to make Falling Upwards happen we need to spread the word around, so please tell your friends, aunts and uncles and anyone else you can think of, and help me to make this a success.