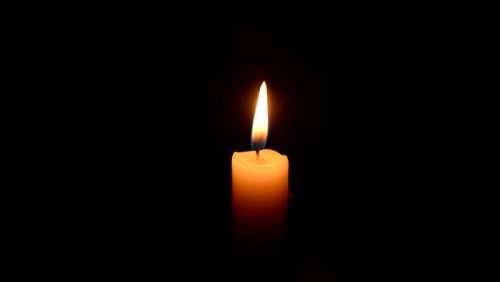 I didn't think that I would have to deal with this but I think this is important to cover this at this point.

In August last year, Isabella Bellusci backed Falling Upwards, less than 2 weeks later she took her own life, this week I received the sad news that her widow Jane McQueen had taken her life also, just a year after her partner. Unfortunately, death is not a stranger to the trans community and in writing Falling Upwards I came to realise how much death had been a catalyst for change in my life.

Untimely deaths amongst the trans community are hard. Given the below statistics from Stonewall UK, it's not hard to see how often the news can pop up especially in the modern age of social media.

Almost half (48 per cent) of trans people in Britain have attempted suicide at least once; 84 per cent have thought about it. More than half (55 per cent) have been diagnosed with depression at some point. (Trans Mental Health Survey 2012)

The loss of Jane has hit me particularly hard given that I reached out to her after hearing of Bellas passing, although in my case my partner Helen had survived her many attempts over the years. We talked over Zoom for quite a while, I like to think I helped, but I and many others knowing Jane and her ongoing mental health battles knew this time would be a dangerous trigger.

Being the partner of someone with mental health issues can be a struggle as this small extract from Falling Upwards illustrates.

Before we get to the full fallout of what was about to happen, I would just like to slightly divert and talk about something that they did at the priory which I hadn’t experienced anywhere else and that was a group session, not for the patients but for their partners, normally partners are a very passive part of the treatment of mental health. To hear the wife of one of the other patients, describe the guilt and shame, and feeling of hopeless of having to see the one you love to engage in totally self-destructive behaviour. Suddenly I knew this some of the feelings I had towards Helen, we not towards her per se but to whatever chemical imbalance or miswired thinking was making her act this way. Dealing with a partner who is suffering from any form of mental health condition can be an exhausting process, both mentally and physically. You at times find yourself double thinking everything you say for fear of accidentally triggering something, the constant feeling of walking on eggshells can wear you down after a while.

It's very easy to feel hurt and betrayed when someone takes or attempts to take their life, but I never got that from Jane. I know she had some theories to explain why, but I don't know if that was just her way of coping with things. I know that when a person is in that state of mind they will try as hard as they can to hide it from loved ones. After Helen had been transferred from the private clinic to an NHS ward things escalated and by the time I was allowed to see her things were the worst I have experienced.

It was quite obvious that clearly Helen had at this point gone into a complete breakdown, she had lost all control and the only thing left was her desire to leave this world behind and end the suffering she felt. It absolutely broke my heart to see her in this state. But I had to bury that all away and concentrate on trying to be encouraging and supportive when inside I was just screaming.
“How could you do this to me, again”
I didn’t really know what the right thing to do was, and to be honest, at this point I felt angry and betrayed, which of course is perfectly normal when the person you love has tried several times to leave not only you but also the world in general. I must admit that at times in a pit of despair that I did consider walking away, I don’t think I ever seriously would have done so but with everything in turmoil, I wasn’t sure where my breaking point would be.

I've had my times as well when the world has felt like it was too much for me to bear, I've come through but occasionally the black dog of depression still comes to haunt me, so if you are feeling the strain please reach out and know that there are people out there who will always be there if you need someone to listen.

You can find professional contacts for your country on this list