How do you make a living as a band in a world that doesn't want to pay? 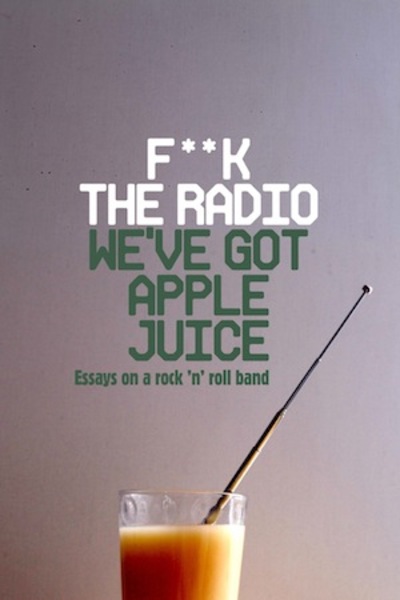 Music | Women
You made F**k The Radio, We've Got Apple Juice a reality. It's available in all good book stores now.
$4
86 pledges

Help us out & also get the ebook edition, with free downloads and other goodies.

What happens when getting played on Radio 1 isn't the goal anymore? What if music is really just about music?

A few years ago, Little Fish were signed to a major label and recorded an album in LA. They've toured with some big names (last year Debbie Harry saw them supporting Courtney Love and asked them to join Blondie for a UK tour, for instance) and played all over the world.

But earlier this year, they did the opposite of what the traditional rock n' roll myth says you should do: they came home again. They left their label, set up a recording studio in an Oxford bungalow, and started doing the things that made them happy, instead of the things they thought they should do to get played on Radio 1. They sent hand-letter-pressed cards to their fans, held raffles in the middle of their gigs, and played acoustic sets at local open mic nights.

And they decided to release a book.

Independence has raised a lot of questions for Little Fish. Why do we make music? What do people want from bands? How can we make a living? What is a living? Joined by friend and writer Miranda Ward, who quit her job to follow them on their adventure, they plan to explore these questions, even if they never find answers, and to tell the stories about being in a band that you don't get to hear in NME.

The New Original Little Fish Paper Club™ Handbook is a book about Little Fish, but it's also a book about making it work, making your own way, and making stuff - music, comics, t-shirts, fishy paper squares, stickers, badges, vinyl, stop-motion animations, even books. It's about declaring your independence and rewriting the myths you live by.

It's also about community, which is part of the reason Little Fish want to crowdfund the book through Unbound. They've always believed in forging strong, honest relationships with their fans, and the Unbound model allows them to do just that. Every person who contributes to the project is directly helping to make sure that the band and the author get to create something they're passionate about.

So you can be part of the Little Fish story by pledging your support. Each supporter will get access to shedful of updates, photos, videos, and free exclusive downloads. And, if they reach their target, Little Fish will get the chance to make their book, and share what they know - and don't know - about what it means to be a band.

Help us out & also get the ebook edition, with free downloads and other goodies.

1st edition hardback and the ebook edition.
View all 10 rewards