Congratulations Marcia Miller for making the pledge that got me down to 99 pledges required - you now have a character named after you in "Ex". All I am going to say is, I hope you don't like ant eaters. Marcia has become pledge obsessed and lets me know whenever we gain another percentage point. Quite simply, her support has kept me going whenever I have flagged. She is currently in Cape Cod with her husband Michael and their dog and we wish we were with them having breakfasts of cream cheese and smoked salmon bagels, sitting in a dug out on the beach, wrapped in blankets reading or complaining that the solar storm was a wash out.

Now, although this won poem of the week on ABCtales quite recently and has had more than 865 reads I have debated whether to post this to my wonderful Unbound supporters because it is a little bit on the graphic side but I am posting it because I am very proud of it. This is a work of fiction - it is NOT about me. The man in the poem looks like a young George Clooney, as he was in ER so please have that as your mental image before you read this and for those of you who do not like adult writing do not read on.

At 5.23am
on our first morning together
we listened to
Chet Baker At the Forum
and lay in bed
chain smoking Winston Blue's
and eating re heated churros
dipped in mucha-mucha spread 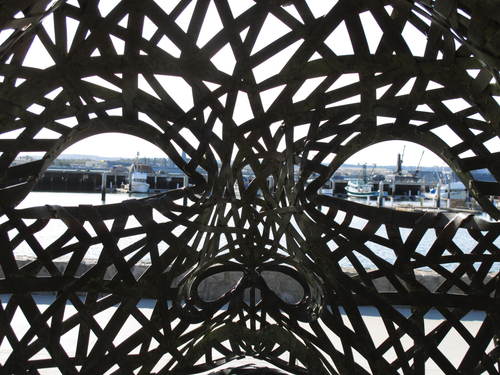