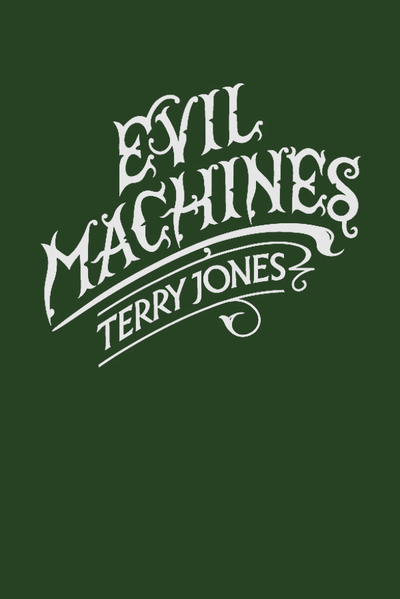 This is a darkly funny set of 13 linked tales by the legendary Python. How do you feel about your phone? Or your car? I bet you don't think about them much, except when they go wrong. But what if they go really wrong and turn properly bad...evil, even?

Join Terry Jones on a journey into the dark heart of machines. Meet the lift that took people to places they didn't want to go, the vacuum cleaner that was too powerful, the terrifying train to anywhere and Mrs Morris, a little old lady from Glasgow, who turns out to be a very resourceful heroine...Brisk and cheerful on the outside but as dark as Roald Dahl's finest within, Terry Jones' collection of thirteen cautionary fables will make you look at the 'helpful' inventions that surround you in a very different way.

"Evil Machines" is charming fable suitable for Luddites of all ages or anyone those who like a bit of Pythonesque edge to their silliness.