What is interesting is when (14 or so bonbons in pursuit of funders, fortune, fame 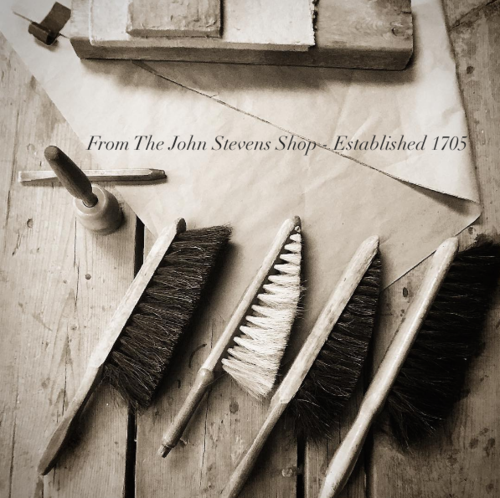 photo and story by Richard Pelletier, author of The Brush, the Mallet, the Chisel, the Letter, the chapter on the John Stevens Shop, of Newport, Rhode Island, est. 1705

2. Strolling down through the grit and grime of Pike and Pine, I arrive (Google says it’s a 33-minute walk, and they’re right) at a Market that sprang to life on a protest, on August 17, 1907. The original eight farmers were owners of some keen business intelligence -- they sold out the first day and the next and the next. These days, about eight zillion people gather here, more on sunny weekends. Our maiden Starbucks, floating in the middle of this churning, fertile ground, boasts lines that are long and punishing, leavened by the chamber orchestra, or the lone violinist, the cello player, the spoken word performer, the Olympic Mountains, the sun, or some days, a soft and gentle rain.

3. This is hallowed ground. Some people have even written books, and they have made the pilgrimage. Here is the idea manifested and properly established in 1971. I came here back in the early, heady days. I remember the plank floors and the tin ceiling and the romance of the word espresso, and getting an intense feeling of something new and exciting. Starbucks now feels like it has been with us forever. Like Kubrick’s bartender Lloyd, in The Shining.
“Hello Mr. Torrance, what’ll it be?”
“Triple shot, no foam macchiato, Lloyd. I’m temporarily light, how’s my credit in this joint?”

4. Let’s not forget Google with offices about a mile north and east of the market in the South Lake Union neighborhood. I worked and grew up here at a photo lab called Ivey-Seright, established way back in 1977. It was my first important job, and I’m telling you, a part of me died when it closed. This used to be light-industrial and is now an upscale factory town for Google and Amazon, with apartment complexes called JUXT, or Radius SLU, a bustling neighborhood with craft cocktails, burritos and tacos, artisanal coffee, a Goodwill, and Moment, makers of The World’s Best Mobile Lenses, a company established in 2014. And there’s the truly lovely Center for Wooden Boats (established 1968) on the south edge of the lake, from whose docks you can watch seaplanes takeoff and land. When was Google established you ask? On September 4, 1998, I say, eighteen years ago. Amazon was established on July 5, 1994. Are these companies fleeting, or are they here to stay? You wonder if they know the secret to business longevity. Then you wonder if they know that we know.

5. I hear you wondering. Wikipedia tells me this about Seattle: “Archaeological excavations at what is now called West Point in Discovery Park, Magnolia, (a park I hold dear, by the way,  particularly the Loop Trail) confirm settlement within the current city for at least 4,000 years and probably much longer.” 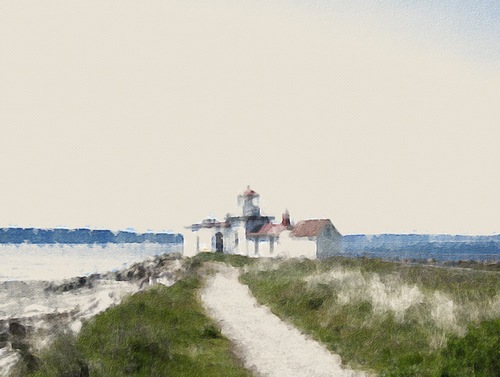 6. Oh, you meant when did the white folks show up? The city of Seattle was established in 1851.

7. Depending on which route I take, Google Maps tells me it is 12.9 or 13.1 miles via WA – 520E (a toll road) across Lake Washington to Redmond, WA and Microsoft, which gave us Windows, among other things, and of course, Word, that thing that I, and millions of other very wise humans, loathe to the bone. Microsoft was established April 4, 1975, in Albuquerque, New Mexico, where, among the rare books and manuscripts of the University of New Mexico Special Collections Library, I met and fell in love with my New Jersey-born wife, who herself was established in uh, nevermind. You should know that most people end up in Albuquerque (established 1706) because their car has broken down on the way to someplace else.

8. Anyway, Microsoft. For a while, they appeared to be the drivers of a broken-down car on their way to the dustbin of history — when Satya Nadella took the wheel from Steve Ballmer, and thank god. That was on February 4, 2014. Microsoft is more fun to watch now. They just bought LinkedIn, (established 2002) which is awesome, even though nobody quite knows how to use it. With the merger, there is news that Word will be even worse than it is now. Joy.

9. I fight the traffic on Interstate-5 for only a few miles and take exit 161, looking for 7755 East Marginal Way South, the home of The Boeing Company. Storied aviation history. The Boeing Company timeline says they were established in July 1916 and the following November, the company’s first production aircraft, the Model C, took a test flight—over Lake Union. (Since those were the good old days when America really was USA! USA! USA! there were no burritos or tacos to be found and celebrated with post flight.)

10. At 23 Franklin Street in Fall River, Mass (established 1803, and once called Troy) stood our family business. For fewer than 20 years, my parents sold auto insurance to high-risk drivers. They bought the business on the cheap after the previous owner disappeared into the night with all the cash. The sign said J.L. Pelletier Insurance, (established 1959-61?) named for my mother, Jeannine Lucien. Near the front counter, hung a large, beautifully drawn pen and ink rendering of my father, but it was my mom, a bookkeeper, who ran the show, wore the pants. My father was also a firefighter, a civic player, and a union leader. At home, the old man was tired and simmering. At work, he was all smiles. All the customers assumed that the “J” in J.L. Pelletier stood for “Joe.” 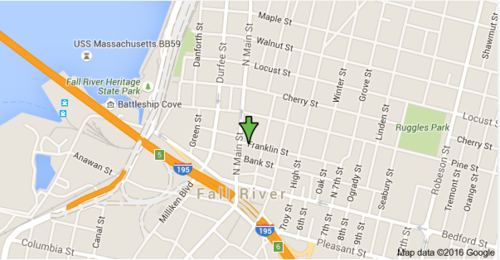 “Hi Joe!” someone would say, and he’d come out from his glassed-in office to shake somebody’s hand and tell them his real name. He was the first suit and tie guy / business-owner in his family and a bit of a dandy, with his wingtips and felt hats.

11. I remember busy season evenings at home with my parents shaking brown lunch bags upside down and thousands of dollars floating out onto the tan wall-to-wall carpet. I was convinced we were rich. The cash would be double counted, entered into a ledger and then zipped into a bank deposit bag for the next morning.

12. Across the street from the business, was the Belmont Club, a watering hole frequented by the local high-school faculty, mostly the coaches, who came to drink the afternoons away. It was also a three-minute walk from high-school, so when school got out, I’d walk my girlfriend to the office, say hi, borrow the family car and take her for a ride and a Coke somewhere. She was Portuguese and my first great love. She told me about what her father had done to her. I was not allowed to kiss her or even hold her hand, so wounded was she. She was an artist and completely lovely. I can still remember the way she cradled her books, as if for protection.

My sister told me a few years ago that if my parents hadn’t sold the business (for $10,000) when they did, they would have divorced.

14. So let me ask you this. Do you know when Wrigley began business? What’s the story there? How have they managed to last? How did Guinness begin bidness? What’s that all about? How on earth did they last? Is it really true --  could it actually be true that an English butcher has stayed in business for 500 years? And kept the business in the bloody family? How did a 300-year-old American company come to carve the letters for JFK’s memorial at Arlington? What’s their story?

14a) The 12 writers who make up Dark Angels (established 2004) have some beautiful, original business stories we want to share with you. To read them in their full-on, you-won't-believe-what-happened-next-beauty, help us fund the book.

Why thank you, son and father, of Jessie.