The legacy of pioneers

More on his visit to Stroud NSW, by Mark Watkins, author of the chapter on the Australian Agricultural Company, established 1826.

In many ways, Stroud NSW is a cartoon town – an English village that isn’t in England; a company town long since abandoned by the company that built it. Think of a hybrid of the English village at Disney’s Epcot Center and a Yorkshire mining town long after the pit has closed. If Stroud was a person, it would likely be in therapy now to identify the reasons why it lost its sense of self. 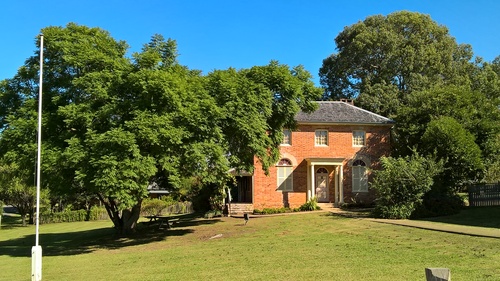 Britain’s former colonies are littered with such places. Dunedin, in New Zealand, was laid out to exactly the same street plan as Edinburgh and boasts the grandest railway station in the country, but it doesn't really look like Edinburgh and no longer has a regular rail service either. Dunedin would likely seek the recommendation of Stroud for the name of a good therapist.

Like Dunedin's station, Stroud is a monument to what it might have been – the Bourneville or Port Sunlight of the southern hemisphere. The intent was an England transplanted, rather than England caricatured and then sold off. 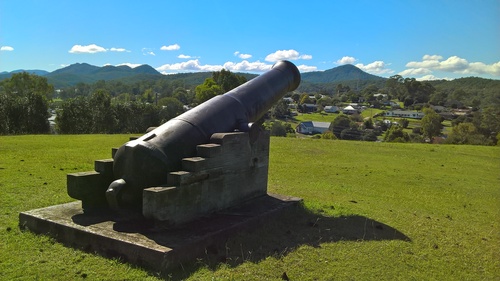 Today’s residents would probably reject such notions, however. Stroud seems a perfectly functional, if quiet, NSW country town these days. But its intended destiny was so much grander that it is worth gazing over its eiderdown pastures and imagining it as a commercial and agricultural hub along the lines of a 21st century, west country market town – a Salisbury, Swindon, or Taunton.

But history and the Australian Agricultural Company turned away from Stroud and its surrounding million acres. AACo shifted its focus north and west to Queensland and the Northern Territory, and all that remains of the efforts of the early settlers – those company pioneers – are town and street names that hint of home, buildings that outlasted their purpose, and the staccato stories of gravestones.

‘Donald Cameron, native of Ardnamurchan, Argylle-shire, Scotland. Died 12th May 1867 aged 89 years, leaving a widow and three generations numbering one hundred and six descandants to mourn their loss.’ And, of course, 106 people to pass on the story of how Stroud and AACo came to be. If you pledge to support Established, you'll join them in being able to pass on that story. 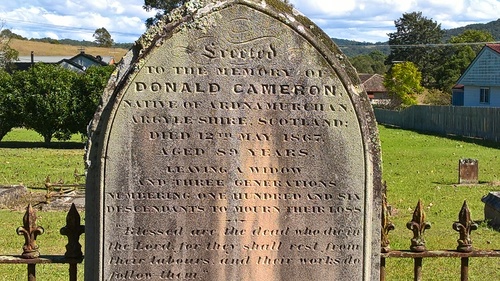 Hey Mark,
Richard here. Terrific piece. Here in Washington State, on the Olympic Peninsula, we have a town called Port Gamble, which is a kind of "Epcot" replica of a New England town. It has a strong 'place out of time' quality. A few people live there, but it's mostly a destination for tourists and bored city dwellers looking for a Saturday outing.
That stone carving is quite fascinating too. I envision the stone carver with his mallet and chisel carving out that rather wordy inscription.

Our next book should be about towns that are ghostly replicas of other places.

Thanks Richard. Ghostly replicas would be a fascinating subject -- my favourite is the Italian village built in North Wales (Portmeirion). Abandoned cities and villages also often share many of the same features -- a purpose unfulfilled. Places such as Machu Picchu and Petra grab all the travel column-inches but there are plenty of others too. I once holidayed in France and there was a village nearby that had been evacuated to make way for a new reservoir, but the water level never covered the village, so the village still stands there, empty, at the water's edge, frozen in time, and quite beautiful because of it.