Stuart Delves – Author of the chapter on The Shore Porters Society, established 1498. 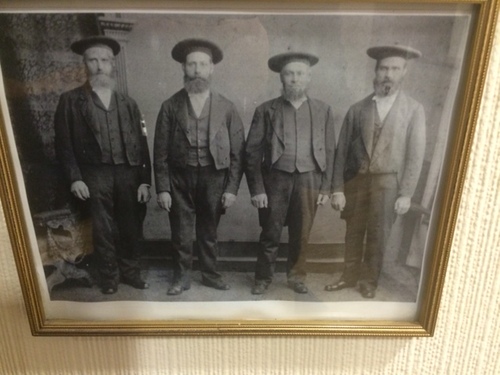 With my mug on the video and pitch in the introduction you don’t want another shed-load from me! So I’ll keep it short and sweet.

I first started thinking about this project when I found a list of the world’s oldest surviving companies on the web. Seven of the world’s ten oldest are Japanese, with pride of place going to Kongo Gumi, a construction company that was established in 578! That means it’s been trading for 1,438 years. Fifty seven generations, trusty hammers passed down hand to hand. That’s not quite as old as the world’s major religions, but it’s older than any of the world’s universities*. That’s some thought. The others from Japan include three hotels, a machinery company (!) and a maker of religious goods.

Such scenarios of longevity make me want to start writing – imagining that thread of trade and purpose through centuries of change. It’s certainly the stuff to fire fiction. But in Established it’s the stuff that has fired the imaginative retelling of true stories. We’ve kept the companies we’ve written about to those in the English-speaking world, but I’m borrowing from the pithiness of Haiku to sum up my fascination with this subject.

Hands that count and pile pass on

*The oldest existing and continually operating educational institution in the world is, I believe, the University of Karueein (Al Karaouin) founded in 859 in Fez, Morocco.  The University of Bologna, founded in 1088, is the oldest in Europe. Oxford University was founded between 1096 and 1167 and was granted its charter in 1248. It’s the oldest university in the English-speaking world.