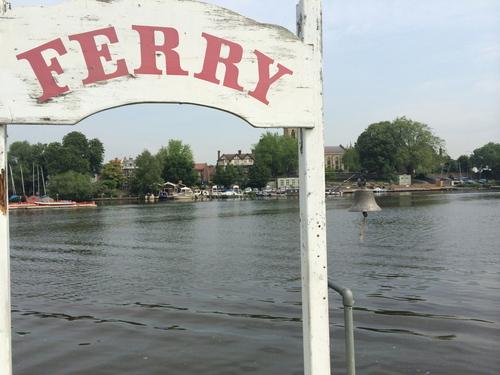 Photo and story by Elen Lewis, author of the chapter: Custard pies, Kitty the Suffragette and a boat called Big Love: the tale of the Hampton Ferry

1. First day of the summer holidays. My children, Rosie, Arthur and I sail home along the Thames from Richmond to Teddington Lock in the ferry. ‘So much better than the 33 bus,’ says Arthur (6). Rosie (9) is quiet, locked into the red-streaked sky on the horizon.
2. It’s a whole new way of looking at our home. The slap, slap of the water against the muddy wet bank, damp towels hanging at the bottom of sweeping lawns, a couple swimming beneath a willow. A man, his dog and a bag of shopping in a boat. He waves.
3. Two herons, one kingfisher, three swans, a paddling of ducks. Yesterday I learned that a group of flamingos is called a flamboyance. I wrote it down. 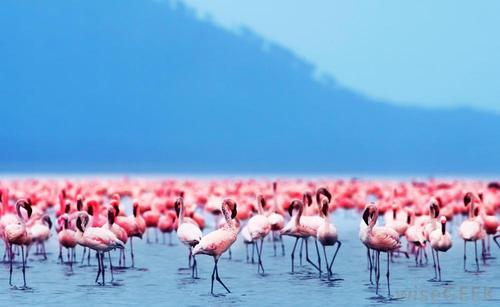 4. The boatmen are talking about their friend. He messed around on boats too much, apparently. His wife left him. They slurp hot tea from the shade. ‘He had some beautiful boats though. Absolute beauties.’
5. The Thames seeps into your soul.
6. TS Eliot said, ‘Sweet Thames run softly till I end my song.’
7. But here’s the thing. This river journey with my head buried in the tangled hair of my children, holding hands sticky with fizzy cola bottles, smelling mud, watching the light throw golden teardrops onto the brown water, listening to the ra-ra-wra-ack of a heron's call is a moment of peace. Probably pure happy.
8. The boatmen of Hampton Ferry know a thing or two about the call of the river. They certainly know about messing about on boats. Established in 1514, it is the oldest ferry on the Thames.
9. So to be clear, this means that the Hampton Ferry has been crossing the river for over 500 years. The stories this Hampton Ferry has witnessed. From Tudor Kings, to blood-stained duels, bare knuckle fighting, hot air balloons, blazing suffragettes, Lord Byron, Charlie Chaplin - all marked by the bell to call the Ferryman.
10. Rosie’s locked into the sky and even Arthur’s chatter has subsided into reflection. The river moves us this way and that, but inside we’re still.
11. Aside from collective nouns, I’m also addicted to tales of Michelle and Barack Obama. I don’t want them to leave. I admire their stillness, their calm. I watch her Democratic National Convention speech on repeat. Her motto is all I can talk about over cornflakes and squashed banana breakfast. ‘When they go low, we go high.’ 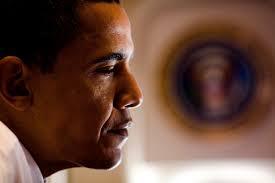 12. I stumble across a New Yorker article called Obama After Dark: The Precious Hours Alone. He eats seven salted almonds, reads 10 letters and reflects on the important stuff. I think this after dark moment is like catching the ferry across the Thames. I think it’s like the stillness and reflection that these established businesses cling onto like an anchor.
13. The world’s oldest companies - Guinness, Wrigley, The John Stevens Shop, Cambridge University Press, Whitechapel Bell Foundry, RJ Balson& Son butchers, Hampton Ferry. For if there’s one thing that all these established businesses have in common: it’s poise. Holding onto calm, a very particular integrity. Holding your nerve when the river swells, when floods roll in and out.
14. Just keep crossing the river. 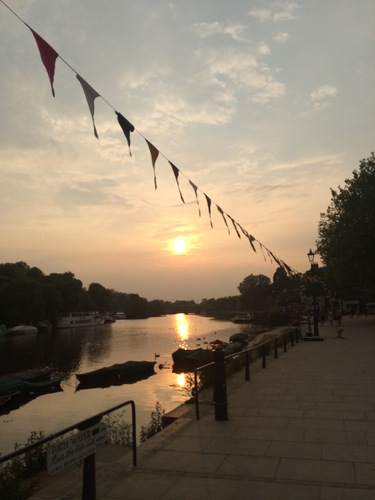 Beautiful piece of writing, Elen, as is your chapter - and the other chapters that will make up this extraordinary book. What a lovely collective noun: a flamboyance of flamingoes. And the idea of poise....

Beautiful and so evocative..!