Gillian Colhoun – Author of the chapter on The Brazen Head, reputedly established 1198
(likely to have been much earlier)

Today, I discovered something about Mr Spock’s iconic Vulcan salute. My Star Wars obsessed, nine year old son has recently discovered Star Trek. Delighted to have fallen into a black hole of endless hours of space travel, he did eventually come up for air long enough to enquire what the ‘live long and prosper’ hand gesture meant.

“Easy, let’s google it,” I said. Though not an Orthodox Jew himself, Leonard Nimoy adopted a version of the sign for his character Mr Spock, (never Dr), from an Orthodox blessing ceremony. As a boy, his grandfather would take him to synagogue where he sneaked a peek at this sacred blessing and was so impressed, it stuck with him long into adulthood. So ubiquitous is the greeting now that, in June 2014, it was added to the Unicode list of emoji symbols. The White House referenced the salute on Leonard Nimoy's death, calling it the universal sign for 'Live long and prosper’. On the following day, Terry Virts, a NASA astronaut posted a photo on Twitter from the International Space Station showing the hand gesture (with the Earth in the background) as the ISS passed over Boston, Nimoy's birthplace.

What has this got to do with the book, Established? Well, that hand signal pretty much ensures Mr Spock will remain in the world’s collective memory for generations to come. With any luck it will outlast Captain Kirk’s ropey, though entertaining, singing career.

Established is a book about longevity – 12 compelling stories charting the highs and lows of a diverse group of businesses. It reveals how they’ve endured and triumphed through centuries of trials, tribulations and innovations. Compare that with today’s world of hot new startups, digital tech and a marketplace where pretty much anything is only ever a click away, and it makes for startling reading. In the same way we love to press our noses up to the glass in a museum and wonder at a world where sabre tooth tigers could be lurking around the next rock, we get to catch a glimpse of what the business world was like for the makers of bells, books, beer and much besides; at a time when the world was a darker, smaller and more deadly place. And more importantly, we discover how on earth those businesses managed to adapt and evolve into something that is just as relevant in 2016. That alone makes this an interesting read for any business explorer.

But Established is also a book about legacy. Unlike old Toothy Tiger, these businesses aren’t dead. They’re alive and kicking, and that’s down to the resilience and vision of the generations of people who managed them. Singular individuals who had the bravery and foresight to plough on regardless, some of whom had to contend with multiple wars, rebellions, fires, plagues and arguably the worst of the lot – feckless and incompetent family members. Describing these people as heroic is probably an overstatement, but let’s be honest, getting through Christmas lunch with certain relations can feel like an eternity. Imagine having to share workspace with them. Every day. For 40 years.

In truth, most of us will not turn out to be an Arthur Guinness, with our name and accomplishments remembered forever. And most of the protagonists in these stories won’t be familiar to you, but that does not lessen the impact they’ve made to their employees, customers and to the course of history. They deserved to be acknowledged and remembered. These are true tales packed full of twists and turns so arbitrary, so capricious, that only fate itself could have wielded them.

If we don't pass on life lessons by leaving a legacy, the wisdom gained through centuries of learning will disappear forever. As individuals we are all working hard on our own legacy, either in the form of our work, our children or our business. It’s perfectly natural that we’d want to know how the world will remember us after we're gone. And that’s one of the key purposes behind this book, to unearth those secrets of endurance while we can.

Year after year, these businesses continue to boldly go where no man has gone before. They must if they are to stay relevant, be useful and fulfil their promises. Established is a testimony to that unrelenting, confident sense of purpose, a celebration of their unwavering commitment to live long and prosper.

May you do likewise. 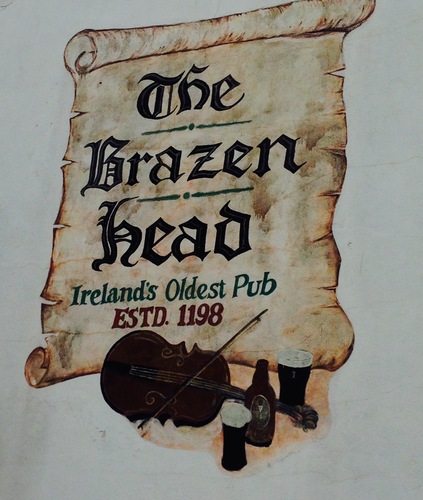 Gillian, nice post, but I think Nimoy was actually Jewish - check out his autobiographies, or those of his friends eg Shatner, which also describe him acting in Yiddish theatre when he was younger.
David B

Many thanks, David. You are quite correct, Nimoy was indeed Jewish but not Orthodox. I've edited accordingly. I never was a fan of the series until now. Watching it with my son is giving me, and it, a whole new perspective.
Gill