Working for The Man Should Be a Last Resort (Raptitude) 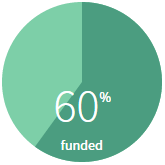 We broke 60% last night, largely in thanks to David Cain posting his excellent foreword to the book.

60% is an important tipping point in the funding process for reasons that will become apparent in a week or so. Sorry to be so mysterious, but stay tuned.

For anyone who missed it, here's the foreword to Escape Everything! (a rare sneak-peek of the book's actual content) along with David's kind endorsement.

I'd also like to reccomend David's blog Raptitude for quiet, thoughtful and universally-applicable essays about our tricky lives as carbon-based bipeds.

Every time I write a piece advocating escape from corporate servitude, I receive a few emails that contain a particular kind of scolding. They tell me that only an entitled brat could be unsatisfied with a stable job and a roof, in a world where so many pine for only these things.

If that’s the case, then we live in world built out of, and for, legions of such entitled brats, whether they choose to actually implement their escape plan, or only think about it all day. For all the financial prosperity of the modern working world, there is a certain poverty in our willingness to take pay for performing activities that have, typically, almost nothing to do with our personal values. As if there were no better ideas out there, we take up this yoke by the thousand, slotting ourselves in grids of grey squares, stacked fifty to a hundred high, sealed with a shiny glass exterior. A small forest of these shiny stacks is the first image we think of when we picture a modern city.

Even while the internet and its emerging subcultures continue to hint at newer, smarter modes of working and living, you may still be told it’s vain to insist on a station more fulfilling than a permanent stall in a well-reputed grid. According to my critics, even if you find your standard weekday boring, painful or unfulfilling, you ought to embrace it, simply because a third-world coal miner would kill for your benefits package. When so many have so little, attempting to escape a situation in which you can reliably feed yourself and fund a retirement could only be an act of the utmost ingratitude.

A minority of us believe the opposite is true — that escaping from an unfulfilling mainstream lifestyle isn’t a moral failing, but rather a moral imperative. It’s preciselybecause we have all the necessary freedoms at our fingertips (and because others don’t) that spending our lives in the stable isn’t just foolish, but wrong. To remain, voluntarily, in a life where your talents are wasted and your weekdays are obstacles is to be humble in all the wrong ways.

Robert Wringham, along with New Escapologist‘s readers and contributors, has come to represent to me this sensible minority. If you’re reading this book, it’s nearly certain that you’re living with levels of potential freedom that nearly all of history’s humans would envy, and that alone is reason enough to feel uneasy if you haven’t yet made good on this gift.

No, it is not a symptom of greed, this desire to escape corporate policy, consumer debt, meaningless work, or any other life-draining first-world cultural norm. Rather, it’s a reaction to a truth we don’t like to talk about in the office: that, given our options, we are probably not using our lives very well. There may be, in any given tract of cubicles, that rare round peg, whose values exactly match those outlined in his company’s policy manual and mission statement, and for whom his years truly are best spent doing what his underboss would like him to do. But the truth is most of us, simply by following the path prescribed by our schools, our bosses and our peers, end up entrenched in a set of roles that do not serve our deepest values and which, in the early hours of any given Monday, we do not look especially forward to fulfilling.

Still, we’re liable to feel ambivalence whenever we think about deviating from norms of any kind. This affliction, which we can call “rebel’s doubt,” may put us in danger of taking seriously the charges of selfishness and insularity we get from those who embrace mainstream work culture, whenever we talk about opting out of the clock-punching world for good. “Check your privilege!” they sneer, often with latte in hand.

But with a bit of thinking we can see that the failure of empathy is on their side. As our impoverished coal miner knows, only a fool would submit to living a single day as a peon when he has the means to escape in his back pocket. Limiting your freedom in some kind of token solidarity with the truly oppressed is like avoiding exceptional health simply because the chronically ill could never have such a thing.

I’m convinced now that a calculated escape from the status quo is an aspiration to a particular kind of health, which is only now beginning to catch on: a thoughtful, prosperous alignment of your values and your lifestyle.

You might think that in a world where such a thing is possible, we’d all be trying on lifestyles until we found one that fit. But relatively few do. As it stands, the norm is to pick a popular one, perhaps fully aware that The Man himself is at the helm, and run with it for several decades, even well after its ultimate irrelevance and emptiness begin to show. Meanwhile, we complain fondly about it, make knowing jokes with our colleagues about it, steal pens and toner to reclaim some of our lost self-esteem, and if we’re lucky, become at least numb to the work itself. What makes it seem worthwhile is that the proceeds allow us to build, in our evenings and on our weekends, a fraction of the life we wanted all along.

Why is this kind of needless languishing still our dominant tradition? At least partly, it’s because we’re still telling our children the celebrated lie that quitters never win. Again, only a little thinking is necessary in order to see the holes here; condemning escape in general implies that nothing should ever be abandoned once it’s entered, whether it’s a deadening career, a dead relationship, or for that matter, a burning building.

Using New Escapologist as a lens, Robert has shown us the enormous misuse of human energy that is this status quo, as well as what can flourish in ordinary people when that energy is reclaimed and repurposed. Human beings, it turns out, are most prone to creating original and valuable things when they haven’t auctioned off their prime daylight hours to rich speculators. New Escapologist gives us the community — and vocabulary — with which to explore that notion and start to recover some of that long-lost value.

It’s a discussion that is by its nature irreverent, and often hilarious. If we’re talking about how to escape the tyranny of The Man, we eventually encounter other pressing questions. How can I carry both my office and wardrobe in a 28-litre backpack? Is a beard a worthwhile project for a young man in the 21st century? Is putting both lemon and sweetener into your tea a ghastly lapse of decency, or is it moral progress? Escaping the bonds of conventional living frees one to focus on such topics with impunity.

Zooming out, escapology is a witty but ultimately serious examination of that ancient philosophical question, how should we live? — but applied this time to the modern world, where it’s normal to be already living out someone else’s answer by the time the question even occurs to you.

You’re about to begin, if you haven’t already, a one-way trip into The Good Life — this kind of wisdom is irreversible, after all — and Mr Wringham is the perfect guide.

I believe what Robert is doing is hugely important, not just for the well-being of would-be escapees but for what kind of ethos our economies are built on. As long as the majority lives as if income is the primary measure of The Good Life, we will be hamstrung in our attempts to address out-of-control issues like pollution, crime, poverty and corruption. Escape isn’t about merely avoiding what we don’t like about the working world. It’s about setting a higher standard altogether for the relationship between what we hold as values personally, and whose interests we serve with our weekdays.

I am just going through this process at the moment. It's scary, heart-stoppingly scary at times, fraught with risk and every footstep feels like a step into the unknown. But I haven't been so excited about going to work in decades. And, if things go to plan, I can look forward to a much more fulfilling life ahead.

SO looking forward to the book. Onwards!

I have been one of the lucky ones earning a living doing what I wanted to do in special education: I believe it is the 'instrumental approach' to work that you abhor where a worker gets money in order to do the things she wants to do. When the work is worthwhile and fulfilling escape is only necessary in order to avoid burnout and exhaustion. In semi retirement I continue to work with adults in a children's centre and find the work a challenge yet wonderful but a few hours a week is enough.