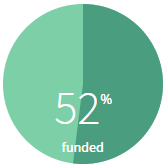 Anyway, here's a little post I wrote for Book Punks, recommending ten good books about liberty. There are notable omissions, but these are ten of my favourites at least.

As someone who’s been writing about liberty for almost a decade, I’ve also munched through a good deal of literature on the subject. I am positively brimming over with recommendations.

Here, then, are ten inspiring books on liberty. Included are volumes of fact and fiction, written by women and men from a range of backgrounds, but all devilishly clever and deliciously readable. 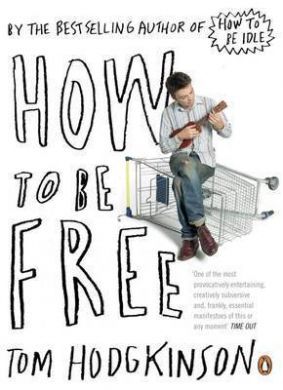 1. How to Be Free by Tom Hodgkinson

In perhaps the finest book on liberty of them all, essayist and idler Tom Hodgkinson delivers a gentle treatise on how to live a fun and thoughtful life of freedom. Boycott the supermarkets, he says, quit your job, share your home with other people, reject government by refusing to vote, leave the city in favour of the countryside. These are not so much commandments as gentle and spirited reminders that there are valid alternatives to trudging along on the school-career-shopping treadmill with everybody else. And it’s all so joyful and mischievous, quoting liberally from French Existentialists and British punk rockers to prove points and to present a literary history of free thought. “When you embrace Lady Liberty,” Tom tells us, “life becomes easier, cheaper and much more fun.”

2. How Much is Enough? Money and the Good Life by Robert and Edward Skidelsky

A fine example of recent non-fiction concerned with how the consumer economy doesn’t so much help us find liberty as confine us to a very shallow set of marketing parameters. What’s more, this one’s written by two highly respected economists. It’s refreshing to have a couple of experts confirm our deep feelings about the current consumer situation: that it’s making us want things we didn’t want yesterday, that it’s keeping us poor or in debt, and that there really ought to be an end to this obsessive need for economic growth. Well, these two chaps agree and they’ve got the bar charts to prove it. Curb insatiability, they say, and campaign to instate a Citizen’s Income for all.

3. Among the Bohemians by Virginia Nicolson

In what should be a sacred text for freedom-lovers, this enjoyable history book follows the lives of various Bohemians, bums and beatniks of the 19th and early-20th centuries: people like Vanessa Bell, Augustus John and George Orwell. Some of these people lived homeless or in tiny rented rooms or in covered wagons so they could lead the lives of poets and artists. It shows that a life outside the secure and comfortable mainstream is possible, that integrity is its own reward and that wealth is not required for a life of parties and fun. Nicholson’s cast of historic characters all embraced Bohemia instead of Bourgeois comforts and flourished to varying degrees of success, but even those who “failed” or died young at least lived instead of zombieing along with the money crowd.

4. Travels with Charley by John Steinbeck

A travel book about one man and his dog (the eponymous Charley) cruising around the USA in a specially-adapted van. Along the way, they touch upon various historic events, marvel at the oddness of their own land, meet the natives, and marvel at nature. The idea at the heart of the book is that Steinbeck had spent many a year writing about America and its inhabitants in the form of novels, but encountering it all first hand is a quite different experience. It shows that great things can be seen and done when you push off from the sanctity of home in favour of the open road, and it’s done with finer literary gumption, human warmth, and kindness than the better-known American road book by Jack Kerouac.

5. The Secret Life of Houdini by William Kalush and Larry Sloman

For a long while, I’ve held a theory that Houdini’s art wasn’t just stage conjuring but a metaphor for life: that anything can be escaped if you so wish it and when you can apply yourself. This book with its unique insight on Houdini’s life and craft convinced me of it. Escapology, when all’s said and done, is a pretty strange art form. Not only do the audience have to sit for ages, waiting for a man to emerge from a box, but there’s no pretense that any kind of “magic” is happening: everyone knows that Houdini picks locks for a living and there’s not actually much mystery about it. Why then, the tremendous appeal? I think Houdini tapped into the collective unconscious: he performed during a time of profound technological and social change during which people were cornered into new rather tedious kinds of work. In escaping boxes and handcuffs, Houdini flirted with the escape fantasy of his audience. We all want to be free, so we must first escape. 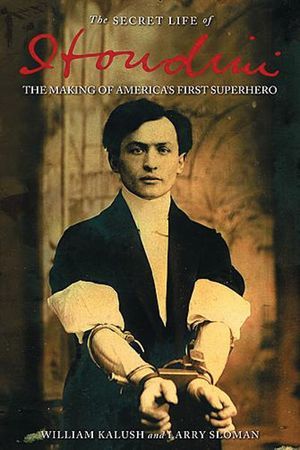 6. My Family and Other Animals by Gerald Durrell

A funny and cosy memoir about young Gerald and his family and their time together in luxurious unemployment on Corfu. Durrell didn’t go to school until he was 13 and none of his family worked in any conventional way, but none of this harmed Gerald’s development or affected his family’s livelihood. Once again we see the value of liberty, that when stripped of the obligations of school and work, we do not become slobs or wastrels; rather we reconnect with the natural world and take to writing novels, exploring, walking, throwing parties, playing games and basking in the sunshine. It didn’t do the Durrells any harm. Reject government! Disallow authority from meddling with your life! Befriend an owl! Embrace liberty!

7. The Soul of Man Under Socialism by Oscar Wilde

Until he comes to discuss his rather messy fantasy about the techno-utopia in which we’ll all be free to be artists while robots do the grunt work, Wilde’s case for Socialism is magnificent. He argues that Socialism when divorced from the authoritarian socialist systems we’ve seen in the past is the only way for people to truly be free. By free, Wilde means to fulfil our human potentials, to live precisely in the way we would want to live if money weren’t an issue. He explains that for true “individualism” (his word: I prefer “personhood”) to be allowed, we must pool the world’s resources instead of letting them benefit only a rich few leaving the rest of us to toil in hard or meaningless jobs.

8. Notes From Overground by Tiresias

A little-known book certainly worth your attention if you can find a copy. The pseudonymous author spent many years commuting by train between his Oxford home and his London job. He hated it and was resentful that a thinking, loving human being capable of great things should have to live in such an unpleasant and transient manner. By way of rebelling, he kept a “premeditated notebook” of his thoughts while commuting. It’s a plaintive cry on behalf of commuters everywhere. Tiresias wants to be freed from commuting and can’t understand why so few people have properly observed the everyday Hell of it. As he puts it at one point: “Women’s Liberation, Gay Liberation, Black Liberation, Palestine Liberation, Symbionese Liberation, even Animal Liberation. But Commuter Liberation? Huh.”

We all know this one. Thoreau left the hustle and bustle of urban life in favour of reconnecting with nature and building his own miniature home at Walden Pond, Massachusetts. In doing so he came to the revelations that freedom was paramount, that the simple life affords freedom, and that the only work worth doing is the kind of work to which you can see the results: writing, farming, fishing and hut construction are worthy pursuits but financial speculation perhaps is not.

10. From the Mixed-Up Files of Mrs. Basil E. Frankweiler by E. L. Konigsburg

A charming and endlessly readable children’s novel about two youngsters–a brother and sister–who run away from home in order to live in the Metropolitan Museum of New York in a desire for freedom and history and culture instead of the stultifying life they lead in suburban school yards. You can’t fault young Claudia’s escape plan: “She planned very carefully; she saved her allowance and she chose her companion. She chose Jamie, the second youngest of her three younger brothers. He could be counted on to be quiet, and now and then he was good for a laugh. Besides, he was rich; unlike most boys his age, he had never even begun collecting baseball cards. He saved almost every penny he got.”

Yes, there were loads of books I didn’t include. What of The Dice Man by Luke Rhinehart? Where’s On Liberty by John Stewart Mill? What happened to On Voluntary Servitude by Étienne de La Boétie? Whence Keep the Aspidistra Flying by George Orwell? What of The Wage-Slave’s Glossary by Joshua Glenn? Oh, there are too many to include. Perhaps another list for another day.

This site is what i've always thought would be how a group of friends would communicate: by speaking passionately, but lightly & encouragingly & with good humor about great thoughts & concepts - freedom being the greatest of all. I thank David Cain for steering me to John Wringham's coming book & to this wonderland of ideas & for his amazing essays that let me know i'm not alone with my eternal questions.