Rejoice! The Manuscript Has Been Delivered (plus publication date and cover news). 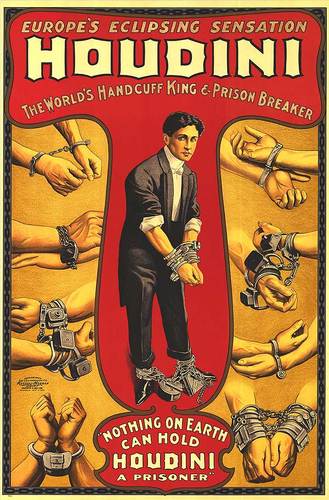 As of 19:04 on Monday 20th of April 2015, I will no longer tamper or tinker with the manuscript of Escape Everything!

I feel it's in good condition and I've submitted it to Unbound's team of fine and friendly editors. It's in their hands now. I hope they'll be gentle (though I'm certain they will be).

This will come as welcome news to those who've been asking where on Earth the book has got to. A book takes ages to write and time again to edit, to perfect and to design. But rest assured the text is now written and the wheels of more formal production are now in motion.

We're aiming for a release date of November 2015 and the team assure me this will not be a problem. The release date is already on Amazon, which suggests it must be so. The November release will be the special hardback edition for you: the fine people who helped to fund the production. Meanwhile, a cute trade edition will be piped into bookshops by none other than Penguin Random House in February 2016.

I talked with Unbound's Managing Editor Ms. Frankish yesterday, who asked if I had any thoughts about the cover. This was kind, I felt, as authors don't always get a say in such matters. Such is life at lovely Unbound: courteous and inclusive. I said it was my special fear that Escape Everything! be marketed as a self-help or management-guru book and that it's cover look like The 4-Hour Workweek: a fine book in many ways but with a truly ghastly cover. The cover of our book, I said, should be busy, eccentic, mysterious, intriguing. I mentioned the cover of Stevyn Colgan's recent book as something I approve of, as well as Toby Litt's Hospital and Ben Aaronovich's Rivers of London. I like how they spill and explode and trickle and steam.

I'm delighted to report that Ms. F agreed. Together we chewed over some ideas and while the jury's still out on how exactly the book will look, it will not look too self-helpy and we're talking about making it look like a vintage Houdini poster, perhaps with an office worker at the centre in place of the man himself.

I hope you all like the leading cover idea and that November does not seem too late a date to get your hands on the finished article. I'll continue to post updates and diverting extra features here at the shed in the meantime.

Excellent news, Rob, and great to hear the book won't fall at the final hurdle of a shit cover.
Penguin Random House..? Oooh, hark at you!