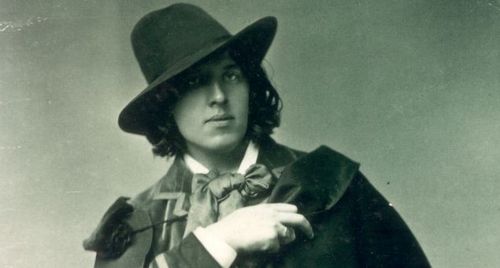 It is to be regretted that a portion of our community should be practically in slavery, but to propose to solve the problem by enslaving the entire community is childish. Every man must be left quite free to choose his own work. No form of compulsion must be exercised over him. If there is, his work will not be good for him, will not be good in itself, and will not be good for others. And by work I simply mean activity of any kind.

The Soul of Man Under Socialism is a sacred text of Escapology.

We should be able, Wilde says, to spend our time precisely as we’d like to, slave to no duty or demand from others; and that the best way for society to cater for this is through a kind of non-authoritarian Socialism. In the meantime, of course, there are individual acts of Escapology–freeing ourselves from the grip of the system through clever individualist means–but that we’re brought to this is something of an indictment.

Wilde also uses the word “escape” a bewildering number of times in the essay. It’s quite uncanny. “Scarcely anyone escapes,” he says in his opening paragraph; artists of means are able to escape; Byron and Shelley escaped oppressive England for bohemian Rome.

Socialism would relieve us from that sordid necessity of living for others which, in the present condition of things, presses so hardly upon almost everybody. In fact, scarcely anyone at all escapes.

We should be free to work as cottage industrialists, to put ourselves into our art or science or craft:

One’s regret is that society should be constructed on such a basis that man has been forced into a groove in which he cannot freely develop what is wonderful, and fascinating, and delightful in him – in which, in fact, he misses the true pleasure and joy of living. He is also, under existing conditions, very insecure.

Minimalism comes up in the form of Wilde’s argument against private property. Not that it’s immoral per se but that it’s a pain in the arse.

The possession of private property is very often extremely demoralising, and that is, of course, one of the reasons why Socialism wants to get rid of the institution. In fact, property is really a nuisance.

I especially approve of this part about rebellion. Rebellion is not a thing to be enjoyed for it’s own sake, no matter what the punks might think. What great things might have been accomplished by, say, Tony Benn or Che Guevara or Richard Dawkins if they had not been required to spend so much energy going against the grain?

Most personalities have been obliged to be rebels. Half their strength has been wasted in friction. Byron’s personality, for instance, was terribly wasted in its battle with the stupidity, and hypocrisy, and Philistinism of the English. Such battles do not always intensify strength: they often exaggerate weakness. Byron was never able to give us what he might have given us.

At present machinery competes against man. Under proper conditions machinery will serve man. [...] The fact is, that civilisation requires slaves. The Greeks were quite right there. Unless there are slaves to do the ugly, horrible, uninteresting work, culture and contemplation become almost impossible. Human slavery is wrong, insecure, and demoralising. On mechanical slavery, on the slavery of the machine, the future of the world depends. And when scientific men are no longer called upon to go down to a depressing East End and distribute bad cocoa and worse blankets to starving people, they will have delightful leisure in which to devise wonderful and marvellous things for their own joy and the joy of everyone else.

All for now. Please tell your friends about supporting Escape Everything.