A biography of Harriet Martineau, the first female journalist 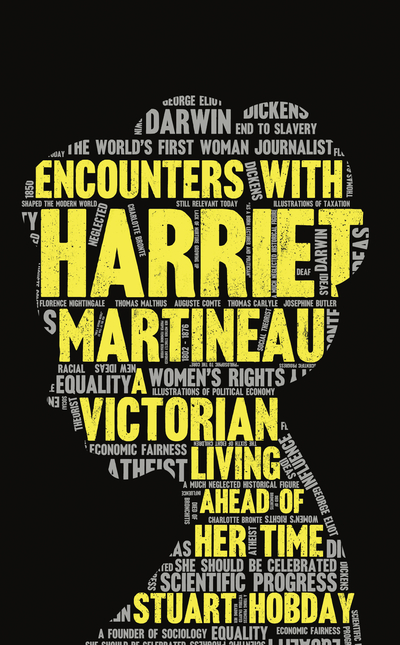 Biography | History
You made Encounters With Harriet Martineau a reality. It's available in all good book stores now.
$8
68 pledges

Limited edition cover art plus a ticket for a launch event reading in Norwich. Your name in the Super Patrons list at the front of the ebook and an ebook edition.

Harriet Martineau became famous in Britain, Europe and America in the 1830s for writing about the political and economic issues of the day in a popular way. She went on to influence many prominent Victorians and pursue ideas that were well ahead of their time. An advocate of women's rights, racial equality, scientific progress, economic fairness, cooperatives, she became the world's first woman journalist and is regarded as a founder of Sociology. Her fame waned after announcing herself as an atheist in 1850. It is my contention that she is a much neglected historical figure, that her ideas are still relevant today, and this book will seek to rectify this and show how she should be celebrated.

Martineau lived an eventful life and overcame great hardship particularly in being deaf. She started writing economic ideas as fictional parables in 1832 and they were an immediate hit in Britain, Europe and America. She toured America in 1834 - 36 and overtly called for an end to slavery. It is now recognised that she had an influence on a generation of writers and reformers that came after her including Darwin, Dickens, George Eliot, Charlotte Bronte, Florence Nightingale and Josephine Butler as well as important interactions with Thomas Malthus, Auguste Comte and Thomas Carlyle amongst others. This book will have a chapter on each of these encounters and in doing so explore her ideas, and their ideas, and how these have continued to have resonance in the modern world.

Martineau has had a resurgence of interest driven from America. Most of the existing biographies are written by Americans and there has been much academic activity around her in their universities, interested in her role as a first wave feminist and founder of social studies, attracting much analytical and theoretical study. There is a full time academic post devoted to the study of Harriet Martineau at the University of Kentucky. There has been much theoretical journal activity representative of a growth in interest in women’s history, sociological method, journalism, the body and illness, the study of children’s issues. All of which place Martineau at the forefront as a pioneer in thought. In the nineteenth century Martineau was famous in America particularly for her support of slavery abolitionists and a statue was erected to her at the all female Wellesley College in Massachusetts. In my book I aim to show the human and personal side of Martineau as an antidote to the theoretical, analytical literature that already exists.

The plan for my book is that there will be a chapter on all of the famous Victorians she interacted with, influenced and knew, broadly in chronological order. This will include chapters on Thomas Malthus, Charles Darwin, Charles Dickens, George Eliot, Charlotte Bronte, Thomas Carlyle, John Stuart Mill, Florence Nightingale, Elizabeth Gaskell, William Lloyd Garrison, Ralph Waldo Emerson, Auguste Comte, Henry Atkinson, Josephine Butler amongst others. It will seek to show the people and personal stories behind the history, provide a narrative of Martineau’s outspoken influence and be a meditation on history itself and the impact of ideas. The book will be concise and accessible, appealing to general history readers but also people interested in science ideas and the personalities of the great Victorians.