The wait is over. After twenty years, Meades delivers his gargantuan new novel. 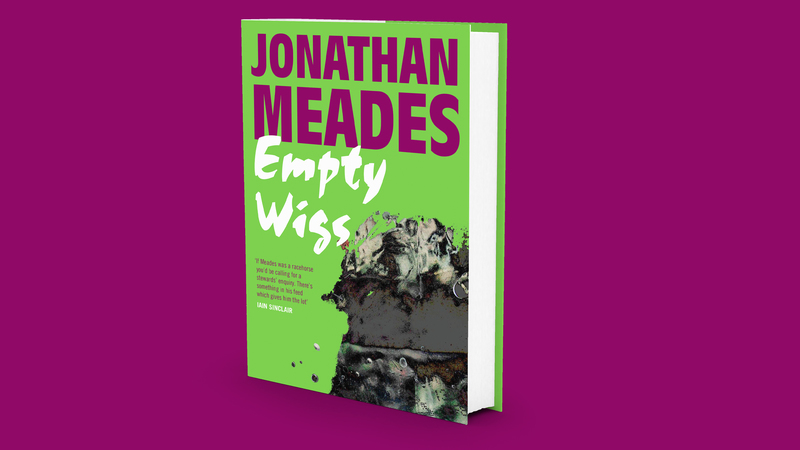 Supper at a central London restaurant with menu devised by Jonathan, plus signed first edition hardback, ebook and your name in the back of the book. [Date TBC; travel not included]
ONLY 15 AVAILABLE. 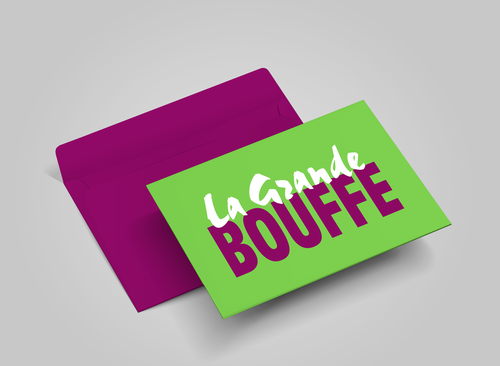 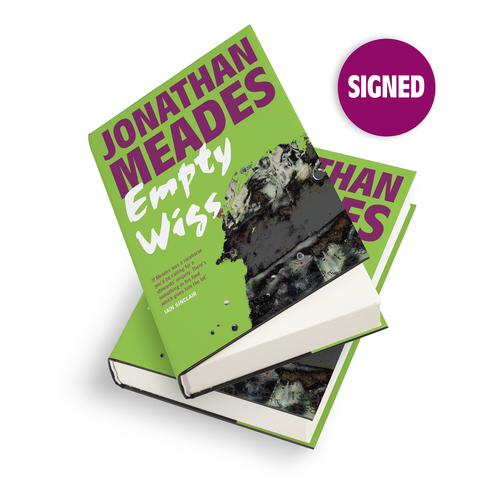 Be one of the book's biggest supporters and see your name featured in a special list in the front of book.
LIMITED TO 5.

It has been twenty years since Jonathan Meades last published a novel.

Being Meades, he doesn’t do things by halves.  Empty Wigs is at least five books in one: a giddinesss-inducing 1,200 page masterpiece which will cement his reputation as one of the great literary writers of our age.

Meades’ has been compared to Hogarth, Swift and Rabelais. This massive book shows why. It makes most modern fiction look thin and pusillanimous by comparison.

Empty Wigs is a return to the novel's origins: stories within stories, frames within frames, mazes within mazes, colliding narratives, 'realities' which elide and separate, quick changing moods.

A hallucinatory ride in a gilded vessel through the sickness and labyrinthine squalor of the long twentieth century and its many poisonous antecedents:

Euthanasia... terrorism in the name of god... a great gothic house and the  pseudo-scientific experimemts practiced there... genocide in the name of a living god... a celebration of political assassination... Algeria's betrayal... quack doctors who harm not heal... the myths of the Marches... the freezing Elbe... the evils of the hearth... the exhumation of a war criminal to stand posthumous trial ... a heath’s secrets... shapeshifting tricksters... an accident in the Gota Canal... a café near a Bremen park...eugenics... clocktime melting away... the lebensborn project... Christ's return and the predictable response of his followers... policemen so bent they're ampersands... nostalgics yearning for strong leaders...  hairspray accidents in several salons... Dream Topping and aggressively assisted suicides... Dream Tupping... the joy of calipers... Poppy Tours' sideline... ghosts in an orchard... the slender chances of your father being your father... a trace agency from hell... Führer World... the mall near Pompey that wasn't built... corpses starved of oxygen... the nascent CIA... a patisserie called a P’tit Clamart... a light entertainer’s revenge... the queen of Flemish noir...a perpetual wanderer with impeccable dress sense and multiple passports...

Many of Empty Wigs' stories are indeed bleak, perverse, harrowing. Many are tragically farcical. Some of its  characters are irremediable. Others are merely flawed.

But the writing is neon-rich, gorgeous and baroque, funny and joyfully offensive.

Bosch and Goya, Dix and Schad...They  didn’t do Mr Nice Guy. They did not suffer from angelism. Nor does Meades.

'Meades has been compared, favourably, to Rabelais and, flatteringly, to Swift. The truth is that he outstrips both in the gaudiness of his imagination.' Henry Hitchings, Times Literary Supplement

‘Meades is a very great prose stylist, with a dandy's delight in the sound and feel of words, and we are lucky to have him.' Ian Thomson, Spectator

‘Richly entertaining, invigorating, and provoking; the fearless Meades is to non-fiction what Michel Houellebecq is to the good-taste mongers and mutual masturbators of the fiction scene.’ Tim Richardson, Literary Review

Supper at a central London restaurant with menu devised by Jonathan, plus signed first edition hardback, ebook and your name in the back of the book. [Date TBC; travel not included]
ONLY 15 AVAILABLE.