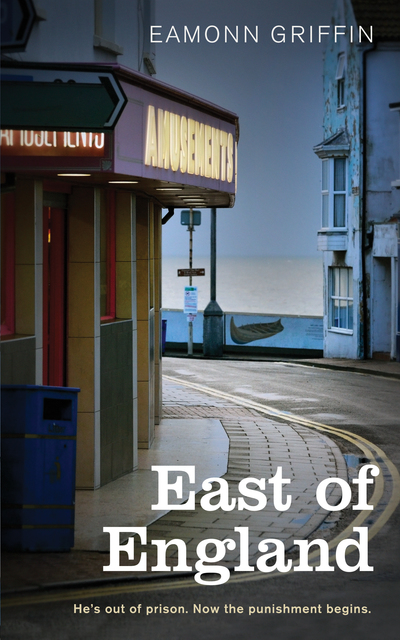 Sharp and atmospheric; a rural take on the noir thriller. A vivid new voice.

Dan Matlock is out of jail. He’s got a choice. Stay or leave. Go back to where it all went wrong, or simply get out of the county. Disappear. Start again as someone else.

But it’s not as simple as that.

There’s the matter of the man he killed. It wasn’t murder, but even so. You tell that to the family. Especially when that family is the Mintons, who own half that’s profitable and two-thirds of what’s crooked between the Wolds and the coast. And who could have got to Matlock as easy as you like in prison, but who haven’t touched him. Not yet.

And like Matlock found out in prison, there’s no getting away from yourself, so what would the point be in not facing up to other people?

East of England blends a rural take on the noir thriller with a fascination with the British industrialised countryside that lies east of the Wolds, between the Humber and the Wash. Unlit byways rather than the neon-bright and rain-slicked city. A world of caravan parks, slot machines, and low-rise battery farms.

The flatlands of the east coast; decaying market towns and run-down resorts, and the distant throb of offshore windfarms. Where the smell you’re trying to get out of your clothes is the cigarette taint of old phone boxes and bus shelters, and where redemption, like life, is either hard-earned or fought for, one way or another.