Catch us at the Lakes Festival

As you'll have seen if you've visited the Unbound page recently, we're still corwdfunding slowly but steadily and we currently stand at 29% funded.

We're hoping to get the word spread a lot further next month though, because a load of the Draw The Line artists will be at the Lakes International Comic Art Festival in Kendal, UK on October 13 and 14.

Not through any prior organisation of our own, you understand, but more because the Lakes is such a fun, friendly, enjoyable event, with so much going on, that it just seems several of us will be in the same place at the same time.

SO: anyone at the Lakes will have the chance to have a chat with Steven Appleby, Rachael Ball, Hunt Emerson, Kripa Joshi, Simon Russell, Michi Mathias, Karen Rubins, Zara Slattery, and me, Myfanwy Tristram -- and we'll be sure to be telling everyone about Draw The Line.

Some of us will be wearing big embarrassing badges

So everyone will know we’re available to answer questions or explain more about Draw The Line, we’re putting sartorial concerns to one side and pinning these whopping beauties on our lapels: 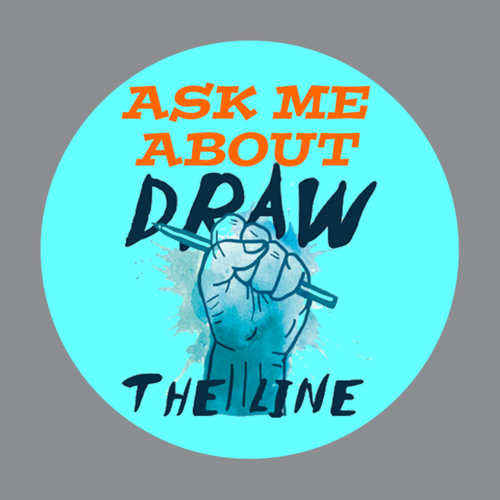 We’ll likely have leaflets too, so people can get the lowdown even if they don’t fancy a natter.

At 3 – 4pm on the Saturday, come by our table to meet Steven Appleby and get an original drawing. 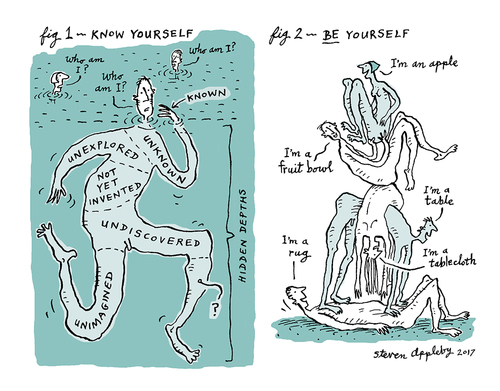 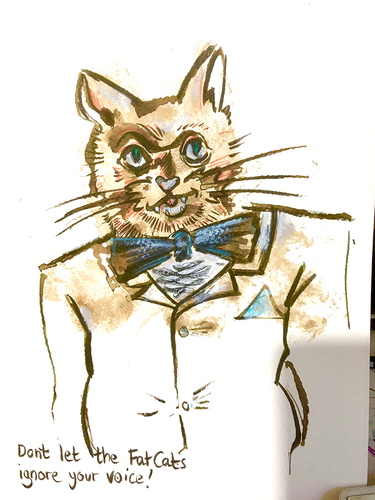 At pretty much any time (‘cos it’s our table), Zara Slattery and I will be there. Zara’s going to be drawing her Alice character from her ‘Radical Roots’ Draw The Line contribution, and I’ll have notebooks featuring the hopeful cyclist from my ‘travel cross country’ strip. 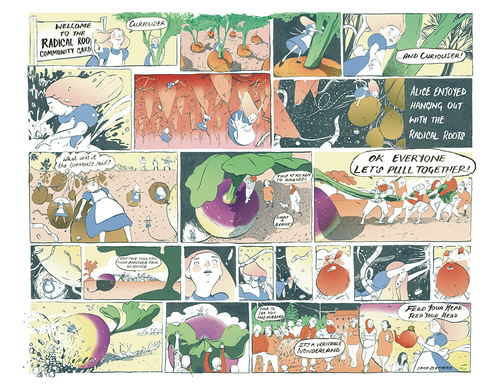 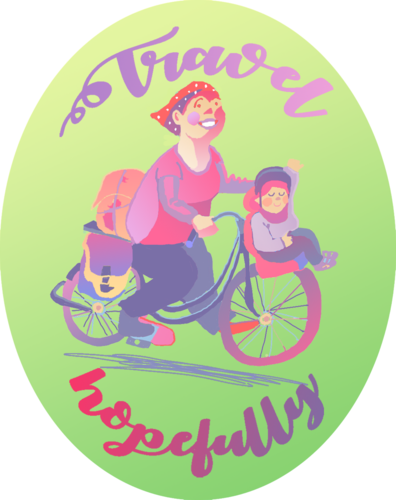 Here’s a hastily-scrawled indication as to where we’ll be: basically the room on the left on the ground floor as you go into the Clocktower, same position as always: 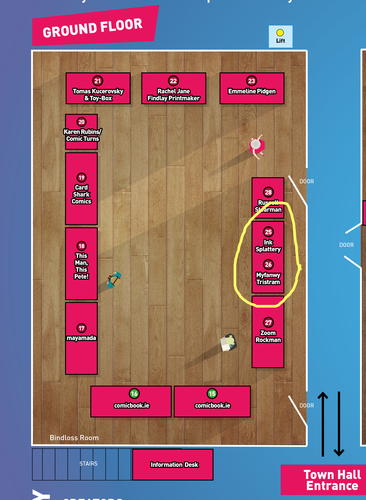 As if that’s not exciting enough, several Draw The Line artists will also be having their strips displayed on the windows trail — an extra chance to show everyone what Draw The Line has to offer.

It feels wrong to be putting this last on the list, because it’s so cool, but this is more to do with the Thought Bubble festival, running in Leeds this weekend as I write.

Aneurin Wright, one of Draw The Line’s artists, raced against time to bring out a comic he could sell at Thought Bubble, with proceeds going to Draw The Line.

He’s taken all the nuggets of wisdom he’s gleaned from comic artists speaking at various events, and put them together with illustrations drawn on the spot, so it’s a great way to enjoy the pictures while also learning more about the art of cartooning.

You can read more about it here, and the only reason I’m putting it right at the end like this is that I don’t know if he’ll have any copies left once Thought Bubble is over. The person to ask about that would be Nye himself.

So… wow, that was a lot of information, wasn’t it? I hope I’ll see some of you in Kendal next month - or that you'll tell your friends if they're in the area!