- an update from Kevin Jon Davies -

The legend of the Starship Titanic barely merited a passing paragraph in Douglas Adams’ 1982 novel “Life, The Universe and Everything”, the third in the Hitchhiker saga. The ship came into its own some 16 years later as the title of an elaborate 3-disc CD Rom game from his short-lived multi-media company, The Digital Village. The job of adapting that game into the 1997 novel (and audiobook) fell to Douglas’ friend and former Python, Terry Jones. The title has now evolved once more, into a new BBC Radio 4 full-cast drama directed by Dirk Maggs and starring another Python, Michael Palin. 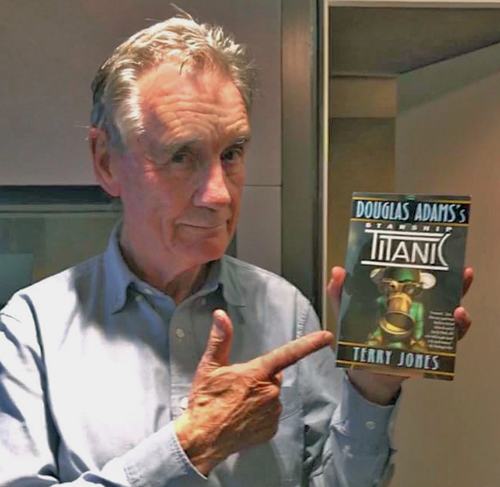 In the late 1990s Douglas’ business partner and CEO of The Digital Village was Robbie Stamp, who says, “Creating Starship Titanic was one of the most exciting (and scary!) projects I have ever worked on. All these years later, I still just marvel at what an extraordinary team of people worked with Douglas to make it happen. I remember the beauty of the artwork and given where we are now with AI and language parsing, just how crazily beautiful and ambitious our ‘Spookitalk’ engine was!” 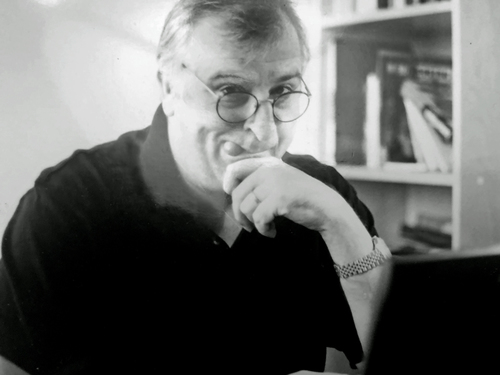 It's a pity Douglas didn’t live to see how computers are now used every day for translations and speech recognition. A handwritten note in Douglas’ personal archive confirms his ideas about getting computers to really talk to us…

Dirk Maggs comments, “Douglas’s venture into video games with Robbie Stamp and the Digital Village team was typically genre-busting, ambitious and funny. It also brought Douglas and I back together as he recorded the voices at The Soundhouse studios, where I was regularly making ‘audio movies’ for BBC Radio, and it re-stoked the idea of bringing Hitchhikers back to its original home.”

The Soundhouse in West London became the recording studio of choice for all of Dirk Magg’s radio adaptations of the later Hitchhiker and Dirk Gently novels. These photos show Dirk with some of the cast at work recently, in Studio 2 at that facility, on the 2021 “Starship Titanic” radio drama. 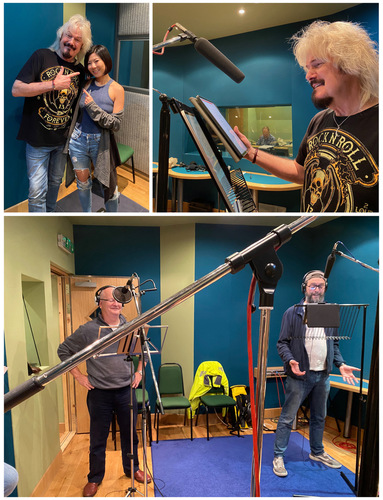 Dirk Maggs directing and posing with Rebecca Yeo (as Lucy). Series composer Philip Pope (as the journalist) with Nicholas Boulton (as the Starship’s creator Leovinus). Photos courtesy of Rebecca Yeo.

In the archives at St. John’s Library, Cambridge, I came across some early jottings by the author concerning ‘generation starships’. Clearly the Golgafrinchams and their ‘B’ Ark in Hitchhiker were a prototype, but some pages from around 1990 suggest the notion continued percolating through Douglas’ remarkable mind for years. Here, from the files, is the germ of a film idea called “The Too Slow Starship” also noted elsewhere as a “The Too Slow Warship”. 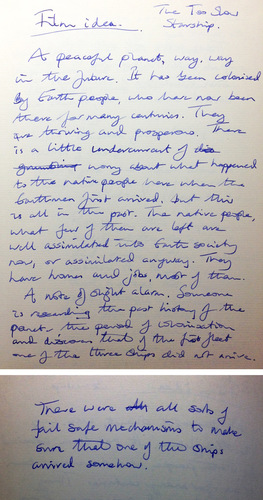 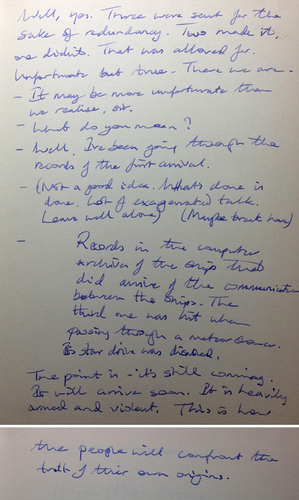 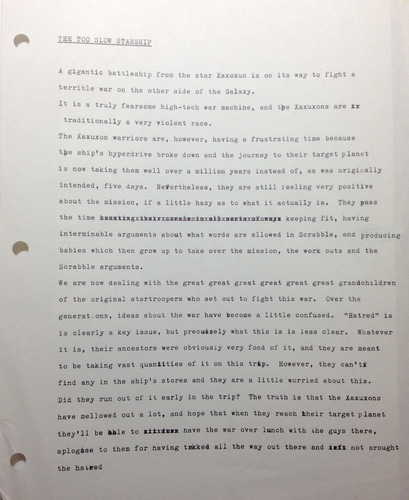 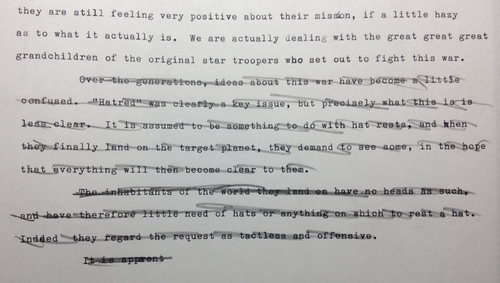 By the mid-90s Douglas was finally working with the title, “Starship Titanic”. 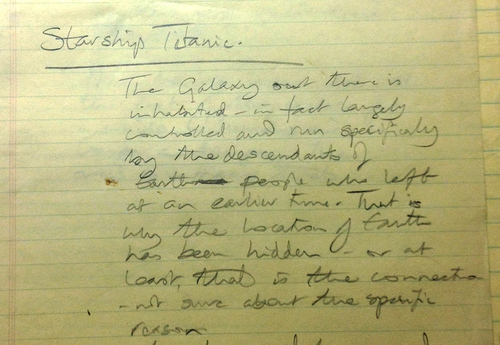 And, finally, in videos for the original CD-Rom game Douglas Adams himself played the character Leovinus, creator of the ship. Wearing some less than convincing old-age make-up, he delivered a now rather poignant final message: "My life's work is done and I've gone fishing. Goodbye." 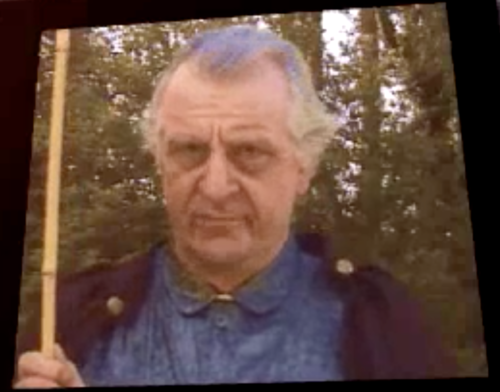 …That’s as maybe Douglas, but your creations live on, in many forms.

Starship Titanic will be broadcast on BBC Radio 4, at 3pm (UK) Sunday 19 Dec 2021 and available for a month afterwards on the BBC Sounds app.  There are no current plans for a CD or downloads.