An update from Kevin Jon Davies:

This past week the troubled music and entertainment retailer HMV announced they are to return to the British high streets with 10 new stores.

This reminds me of when, in late 1980, HMV gave the second vinyl LP of Hitchhiker’s, “The Restaurant At The End Of The Universe” (Original Records, ORA 54) a big boost upon its release.

HMV’s store in London’s busiest shopping district came up with an extra unusual publicity gimmick. In Douglas Adams’ archive at Cambridge, scribbled in his notebook (by Jon Canter, his flatmate) is this message, suggesting someone took a call while he was out. 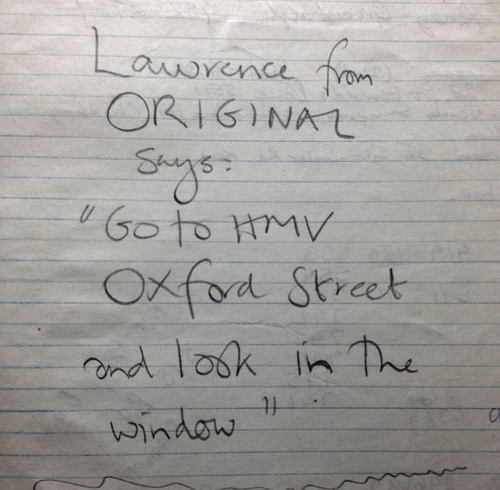 “Lawrence from ORIGINAL says: go to HMV Oxford Street and look in the window.”

This would indicate Douglas had no prior knowledge of this bizarre stunt which got HMV into some hot water. The distinctive LP sleeve artwork was of a yellow plastic duck on a bright red background, an oblique reference to a line in the script where the Golgafrincham ‘B Ark' Captain says “You’re never alone with a rubber duck”.

If Douglas did as instructed, he would have found a bathtub filled with live ducklings as part of the window display.  It was reported that the ducklings were actually cared for regularly by a vet, but complaints to animal charities meant the stunt was short-lived and the birds were eventually removed. 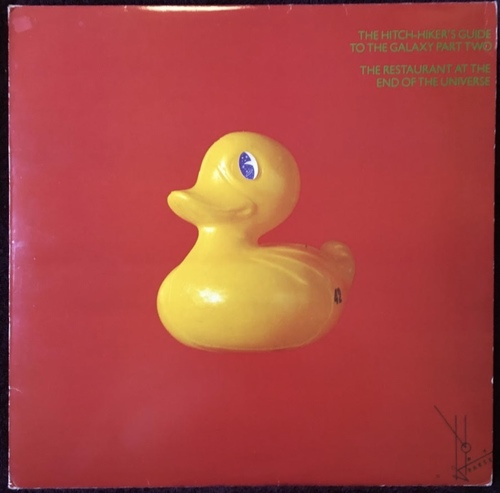 One wonders if young Douglas saw the funny side, as we know he became much concerned with conservation and wildlife later in life, leading to his one factual book, “Last Chance To See’. 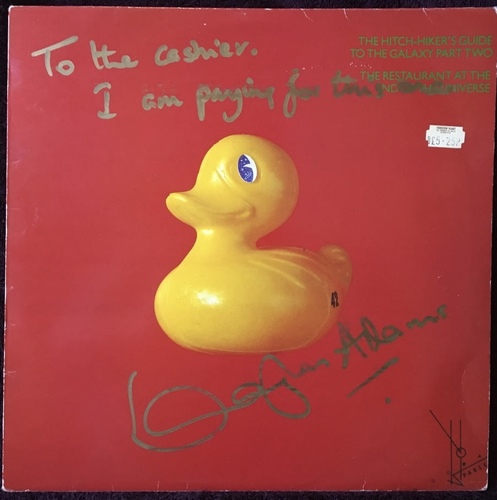 I went to get this LP from a signing session at Forbidden Planet in 1980. The TV series was still in production at that point and Douglas knew me from the animation team. He signed it “To the cashier. I am paying for this one. Douglas Adams.”  When I got to the till the cashier didn’t quite believe me and sent someone to check. She was a bit po-faced to find out it was true, but I was delighted.

This post is not quite correct, HMV has already returned to the high street, since it was saved in 2019 by Sunrise Records. It has over 100 stores in the UK. The news is that it is reopening a further 10 stores this week!

Sorry, meant to add that I love the rest of the story about the ducklings and your experience with the signed LP! Looking forward to the book!

Fascinating post! As I mentioned on Twitter a little while back I was in front of you in the queue at this signing and eavesdropping on you and your friends talking about the TV series which was very exciting…