The Worst Newspaper in the World?

“If it’s murder you want then this city is producing it afresh every day.  Nobody wants to hear old news, I cannot sell it." - George Purkess, Domini Mortum

A little over two years ago I found myself at a writing impasse.  I had recently completed my first novel, Memento Mori, and the burning desire to build on the achievement and hurl myself straight into the process of creating another had begun to fill my every waking thought.

I had an issue though; Memento Mori was, I thought at the time, a standalone story, a tale of how a photographer, and expert in the field of the Victorian fad for post mortem portrait photography, had become involved, and become a suspect, in a series of grisly murders in late nineteenth century London.  I had written it to be stand alone, pained over the final few pages tying up as many loose ends as possible  in order to make it a one off story, and had completed it with the intention of moving on to something else completely.

That is until it was read by others.

I have a happy little posse of test readers, they are a small but varied group comprising of close family (who aren’t afraid to be brutally honest with me), friends (who would take great pleasure in pointing out problems and issues with the story), and others who I have only met throughs and pictures the internet (who expressed an interest in reading the novel for me and who gave me some of the more constructive and sensible advice).

The problem that arose was that they wanted more.  They had questions about characters in the story, they wanted to know what happened to them once the story finished.  This is a great thing for a writer to hear. It means that you have somehow made a connection with the reader and interested them enough in the world that you have created to make them want more.  It was a problem however.  The problem posed was, relatively speaking, a good one; what writer doesn’t want their work to have made such a mental affect on the reader that they invested in and even cared for the characters created?  It was a nice problem to have but it gave way to another; do I leave them in the lurch and let them make up their own minds or do I take the story further?  And if I do take it further then how?  I had sweated blood over tying everything up at the end of Memento Mori; how do I start to untangle these very tight final knots that I had created?

The answer came, as sparks of new interest and sudden ideas often do, through mindless internet browsing.  I had been toying with the idea of adding illustrations to Memento Mori; the kind that filled my favourite books when I was younger.  Pictures like the excellent illustrations by Sidney Paget in my Sherlock Holmes books and also in my childhood favourites, my Jennings books which used to belong to my Dad when he was a boy. 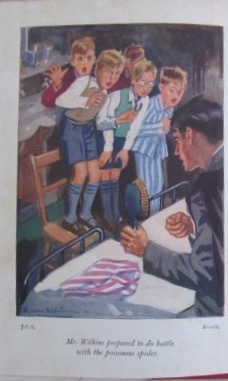 Throughout these books, usually at the start of each chapter, was a illustration of a scene or incident from the pages to follow, usually annotated with a line or piece of dialogue taken from the story – ‘Jennings and Darbishire come up with an ingenious plan to save Binns Minor from a thrashing, much to the annoyance of Venables.’ or something similar or ‘Let me see the evidence, Madam, said Holmes as he firmly grasped his pipe’.  I wanted this for my books. 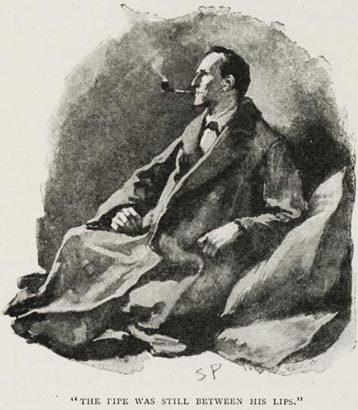 It was as I scrolled through the infinite screen loads of sketches from the Victorian age that I came across various front pages of ‘The Illustrated Police News’.  Now, of course I had seen many of these before, I have an ever growing collection of books on Jack the Ripper many of which include the IPN’s covers showing Martha Tabram and her unfortunate peers.  This time it was different though; this time, I looked a little more in depth at the pictures on my screen and found myself wanting to know more, wanting to know who drew them and how did they go from the eyes and mind of the artist to the front page of one of the forerunners of the modern day tabloid. 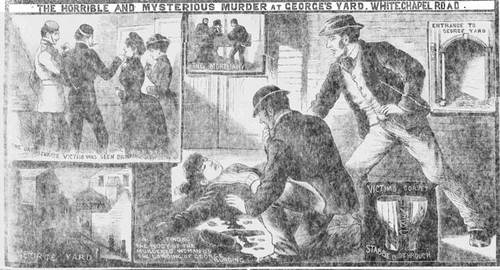 Now, I could bore you with tales of carefully drawn pictures sent to those in the offices who would do their part of the job; tracing the initial drawings before intricately carving them into blocks of wood ready for printing… but I will not.

What came of my research however was an idea a way of taking that modern day police procedural concept, so adored by TV companies, and take it back to Victorian London.  Could I write a novel with a newspaper illustrator as the central character, solving a series of grisly murders, like those shown weekly on the cover and within the pages of The Illustrated Police News?  Why not?  And perhaps, could I link this story to my first novel and have said central character investigate and uncover the events of Memento Mori?

Some people would say that I had a ‘lightbulb moment’ but I’m afraid in my case when ideas like this formulate in my mind they are more like a ‘brain on fire moment’  and I found myself senselessly hurling myself into the process of learning everything that I could about The Illustrated Police News and its processes.

There are some excellent resources available for those interested in the newspaper and it's history, and not just those to be found on the internet.  My favourite and most trusted source of knowledge is the book 'Cruel Deeds and Dreadful Calamities: The Illustrated Police News 1864 - 1938 ' by Linda Stratmann. 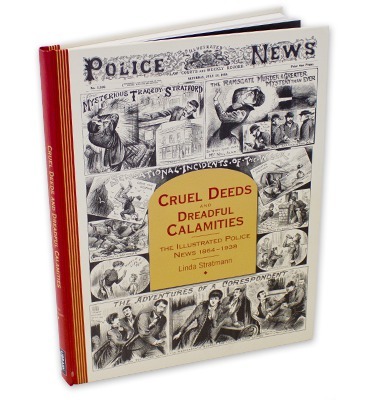 It's  beautiful book not just in the sense of the contents, which tell the chronological story of the newspaper from its original inception, through the 'Glory years' of the late 19th century up until its eventual demise, but just through being a lovely object to hold.  It is quite large in size, like one of those annuals which I read and reread when I was younger; Warlord,  2000ad, Victor and the like.With regards to content however,  inside these pages is where I first saw the name George Purkess.

George Purkess, the proprietor of The Illustrated Police News is the only character in Domini Mortum, who actually existed, although in truth, very little is actually known of him.  There are no known photographs of him, although he is described as “a stout, comfortable-looking man of middle age, medium height, and dark complexion."  Other than that all that I could find out about him was gleaned from an interview tat he gave to The Strand magazine, a rival of his own publication.

In it he told me all that I needed to know about the man.  Such as the fact that he would never work in the afternoon, preferring to leave the offices for lunch at his club from which he would not return until the next day (This is a a fantastic idea that I still feel we would all benefit from today).  He also gave an isight into the process of collecting stories and portraits to feature in his newspaper.  For George Purkess, getting a good portrait of a suspected killer or victim was worth a lot, he admitted to paying up to £50 for a good portrait, an amount that would be well into the thousands now.  Mr Purkess claimed that a good portrait would do more to prevent crime than to glorify it in any way (apparently he had been told that the criminal underworld in London at the time greatly feared their picture appearing in the newspaper more than anything).

For stories the Illustrated Police News were less bothered Often copying the news stories of other newspapers word for word and adding their own garishly shocking pictures and headlines to fool the public into thinking that the IPN were publishing an exclusive piece.

But what about those headlines; 'Scared to death by a donkey', 'Battle with an owl', 'Topless female bare knuckle boxing'.  Well they obviously added something to the newspaper otherwise why would the front covers of the IPN and their bizarre stories still litter the internet over 100 years later?

But 'The Worst Newspaper in the World'?  I don't think so. Because without it I would never have written Domini Mortum and that is something that I do have Mr George Purkess and his 'Terrible' publication to be grateful for.

If you would like to find out more about the Illustrated Police News, then I would recommend that the best place to start is by visiting my Unbound page at www.unbound.co.uk/books/domini-mortum and pledging your support for my novel.  Once published you will get your name listed in it as someone who made it happen.  You will also be able to read all about the mysterious Mr Purkess and his newspaper, all wrapped up in a beautifully written murderous supernatural story from Victorian London.